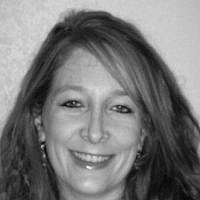 The Blogs
Caylee Talpert
Apply for a Blog
Advertisement
Please note that the posts on The Blogs are contributed by third parties. The opinions, facts and any media content in them are presented solely by the authors, and neither The Times of Israel nor its partners assume any responsibility for them. Please contact us in case of abuse. In case of abuse,
Report this post.

Given the fact that not a day goes by of late without the mention of ISIS, Muslim extremists or terrorism, I want to share my experience over the past few days with an amazing Muslim community that re-affirmed my belief in religion as a source of good in the world and the power of innovation and entrepreneurship to transcend culture and religion.

I sounds like the start of a bad joke – A group of Imams in the Holy Trinity Cathedral being taught about innovation by an Israeli-South African, sponsored by the Israeli Embassy to Ghana… But that’s exactly what I spent the last 2 days doing and it was an incredibly rewarding experience where I think I learned at least as much as I taught. The leader of the community has a long standing relationship with the Israeli embassy to Ghana and was looking for “tools to make his community think more entrepreneurially and creatively”. As he explained on a call prior to the workshop, there is a lot of dependency in Ghana and he wanted his community to learn more innovative ways of thinking, “like the Israelis” and the target audience? “Everyone” he told me proudly “young, old, men, women, students, around 50 people…”

This was the brief I was given 2 weeks ago when I agreed to fly to Ghana to speak about the Start-Up Nation to one of the tech hubs in Accra and give an innovation workshop to the local Muslim community, I had no idea what to expect

When I walked into the Cathedral (which had no A/C in the tropical Accra weather) I was a little apprehensive at the group of Imams, men and women in traditional dress that filled the room. I have lead a number of “Lean Startup” workshops before but not to a group of people who on the surface seemed so culturally different from myself. To add to this, I soon realised that the whole workshop would be interpreted and I worried that all the nuances and lessons I had tried to build in would be lost in translation. After about 40 minutes of prayers, welcoming speeches and formalities (all in the local Ga language) we eventually began. I started with some basic exercises each of which I hoped to teach a simple lesson to do with innovation – the importance of diversity (from the “fruit-salad game” where people have to switch chairs with people who share a commonality with them” or ask lots of questions (by giving each group a famous person and one person had to ask yes/no questions to figure out who it was). The highlight of the “games section” was an SIT inspired activity where I asked each group to a. Invent a new musical instrument (Ghanaians have amazing “Highlife” music), b. Invent a new musical instrument using only recycled material and c. Invent a new instrument using only material used in their homes. The exercise aimed to teach the value of constraints and limitations and that in fact “in-the box” thinking where we are limited in our resources leads to some of the most innovative ideas given the necessity to come up with new options from the resources we have. I was amazed at the great ideas they came up with and the lessons they derived out of each game (some quite different to those that I had had in mind).

After tea we moved onto the Lean Startup component of the workshop. I have done numerous lectures on “Lean Startup for the Base of the Pyramid (BoP)”, trying to inspire Israelis to come up with innovative business models for resource poor settings in developing countries. However I had never done a workshop like this where the audience were the people who themselves live and lead communities in such settings. I have a short Ted Talk on “Dry Bath” I usually use to demonstrate the lean methodology, where I show a video in which a young South African explains how he came up with a hygiene product for people that don’t have water to bath. I was quite worried about the language barrier but it turned out that they all immediately “got it”. As we began working through the Business Model Canvas I was amazed at the level of participation. As always I began with the customer segment and asked them to share their ideas for potential customers. I don’t think I have ever received so many ideas (it also helped that there where over 50 people in the room) with all the usual ideas that Israelis suggest and many others (soldiers, hospitals, mothers, travellers, people in deserts etc.). I realise 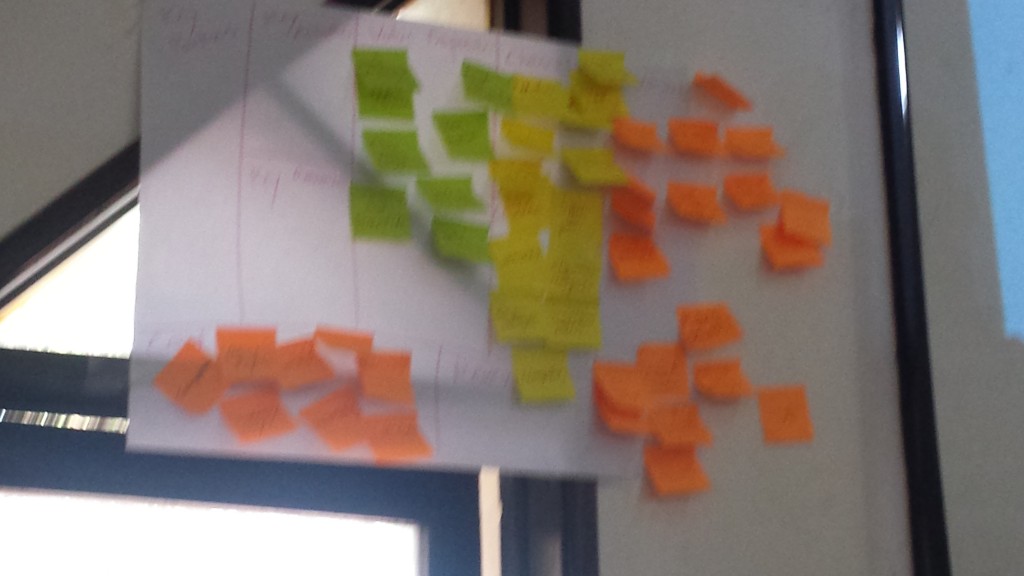 d that sometimes we have a tendency to think people from different cultures or languages require us to simplify things or won’t understand the nuances but as with any other groups they were delighted at the example of innovative models such as using Coca Cola distribution channels to get medical supplies to rural villages or training rural women to conduct eye tests to distribute glasses to villagers at low costs. 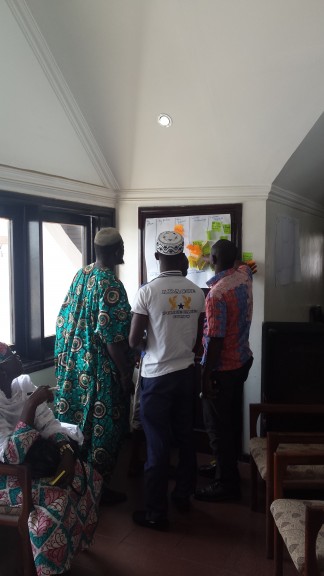 On day 2 we got right to work by dividing into groups to develop their own business models. Everyone was given the same task: “Congratulations you have invented a new solar power light bulb, that cost 5 cedis to produce…develop a business model” (courtesy of Emerge Education a great activity I learned there in 2011.) Together we worked through the canvas and at the end each group presented their businesses. It’s always incredible to see how with one simple idea each group develops such different businesses by focussing on different customer segments, from students and mosques to farmers or rural mothers. The idea was to impart the Lean tools so that they could then use them on their own businesses. While we ran out of time for this during the workshop, one group on their own initiative decided to focus on palm oil and did a great job building out the lean canvas for this business idea. In short, the 2-days brought me a new understanding and appreciation of a community I seldom have an opportunity to interact with and provided for me an amazing model of how Islam and religion in general can be used as such an important source for good in the world. Both days ended with nearly an hour’s worth of preaching and prayers and although most of it I did not understand the titbits that were translated included “how Allah wants you to use business and entrepreneurship to lift your communities out of poverty” and that the Imams should teach this to their communities; How we should learn from Israel about Innovation and entrepreneurship, how we need to work together and be tolerant of other communities etc. It was also incredible seeing the tolerance and mutual respect in the community, the room truly was diverse from students, to pregnant women and old Imams. Although of the 9 presentations all but one were presented by men, there was a concerted attempt to encourage the women to participate and speak up in the sessions and they were  very much involved and active in the group work which was encouraging. Perhaps the best way to sum up this experience is the slogan that was pasted on posters around the room “Be successful religiously, socioeconomically and secularly” – a balanced and simple yet wise motto, something I certainly could strive to live my life by. 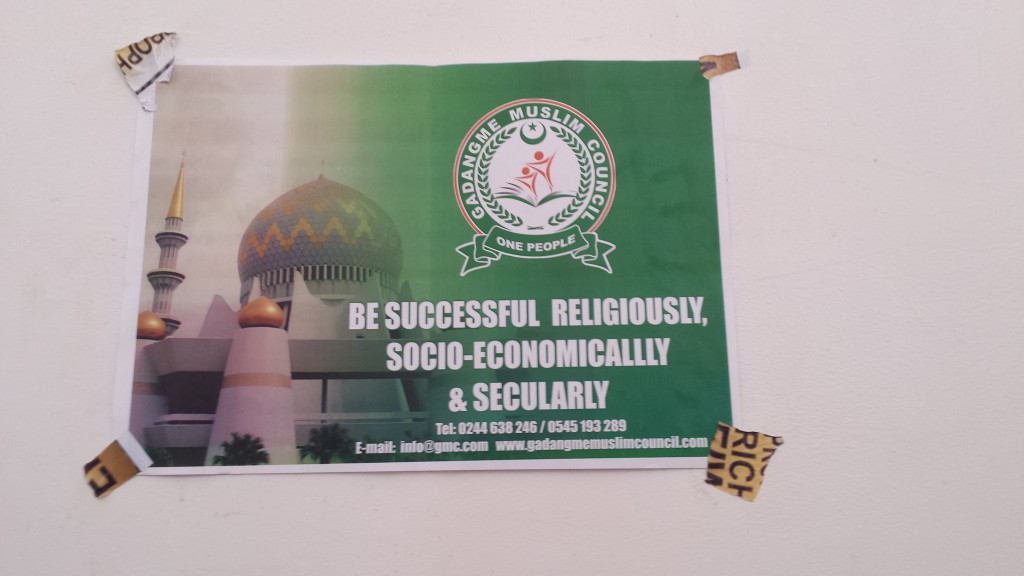 About the Author
Caylee Talpert is the Deputy Director of the Pears Program for Global Innovation that works to harness Israeli Innovation and technology for solving challenges in developing countries. (Learn more: www.pearsprogram.com)
Comments