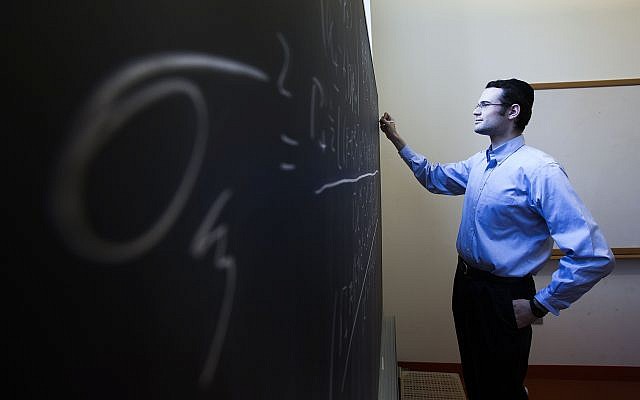 We cannot figure out what to do to have the prosperous future based on the public opinion polls or the election results as we are doing all the time. However, we can figure it out – with a good probability by analyzing the spiritual history of the Western civilization.
Some general observations

• The Western civilization is rooted in the spiritual concept of One God as the guiding source for the human life and the Torah/Bible as the basic written instructions of this source. Although some dislike this concept, it is the fact of the history.
• The Torah/Bible is the guidance for defining what is the Good and what is the Bad in our life, and how to strengthen the Good and suppress the Bad as the way to a prosperous future. It was given to us, as we believe, by God through Moses on the Sinai Mount over three millenniums ago. Nothing is changing in the importance of this guidance if we ourselves created this guidance based on the inspiration from the Above.
• The Torah-guided religion of Judaism was created about-millennium later to strengthen the obedience to the Torah guidance through the mandatory rituals reinforced by the priests.
• The Torah-based religion of Judaism, like any other religions, connects the people with God mostly through obeying the rituals created by our religious leaders while the Torah-guided morality connects the people with God through obeying the God’s laws of nature and morality being discovered by our intellectuals/scientists.
• The Torah had been given to us, to all of us, about two-and-half millenniums after the first humans were created (as the Torah proclaims, the first humans were created about six millenniums ago although everybody knows the human-like bones and skulls that were excavated are much older). The Torah had been given to us as the instructions for replacing the pagan morality, under which the humans lived the first two-and-half millenniums, by the new God’s morality.
• The pagan morality is based on enhancing “my wellbeing” by defeating “my neighbor” with the help of “my god” if I bribe enough “my god,” while the God’s Torah-guided morality is based on enhancing “my wellbeing” by cooperating with “my neighbor,” and One God will help us to achieve all that if we follow his guidance.
• The pagan morality is still alive, and it is evident when we see some people are bribing their “government-god” by electoral votes getting in exchange the riches of “their neighbor” through the government-god’s wealth redistribution.
• The Torah, in the God’s name, assigned to the Jewish people the mission of the Chosen – to help the others in replacing the pagan morality by the new God’s morality.
• In essence, the history of the Western civilization is a step-by-step transformation from the pagan morality to the God-given morality of Judaism, of Christianity and then of Judeo-Christian civilization as we know it now with the Jewish mission of the Chosen.
• This transformation has been carried on along the lines of the Torah/Bible’s declaration that we are created in the image and likeness of God with two fundamental characteristics of God being God the Creator and God the Unique Individual.
• The human creation in the image of God the Creator and God the Unique Individual makes everybody a unique creative individual – from a maintenance person to a nation’s president – who is trying to make everything better as compared to what was before.
• The true creative work requires the competition: the competition pushes an individual to do his/her best and to organize the communities needed to build the “best” – in social life, in politics, in religion, in science, in finances and economics … everywhere.
Some practical implications
• What economic/government system – among many competing – is the best fit for the basic Judeo-Christian principles? – The best fit is the free-market system with individual freedoms and responsibilities, with the private Charities/Mitzvoth taking care of those who cannot take care of themselves, without government redistribution of wealth, with the government duties mostly concentrated on the safety and security of individual freedoms and responsibilities. That is not just a spiritual preference, that is the proven fact – many non-truly-Judeo-Christian economic/government systems have been tried and failed or in the process of failing.
• How the basic Judeo-Christian principles guide us to deal with our own religions and the church/state separation? – Although the Judeo-Christian public principles are directly God-supported through the laws of genetics, any religious teaching of and legislative support for the principles should be welcome – the separated from the government should be the official religious organizations, not the religious moral principles.
• How the basic Judeo-Christian principles guide us to deal with the other religions and nations? – We should deal with them without interfering into their internal squabbling, even if we do not like it, without applying to them the globalized concepts of human rights and social justice – different religions and nations have the right to decide what is the best for them, assuming they are not trying to harm our own interests.
• How the basic Judeo-Christian principles guide us to deal with the identity politics? – It is unacceptable since the identity politics (of any kind – by religion, by sex, by age, by skin color, by country of origin, by wealth, by political affiliation, by “white privilege” …) splits the nation in unequal rival groups while God treats them as equals in “His image and likeness.” The identity politics are socially destructive.
• How the basic Judeo-Christian principles guide us to deal with the immigration policies? – Of course, the work skills should be taken into consideration but most importantly – the morality traits of prospective immigrants should be comparable to those of the national public Judeo-Christian morality (a sort of a Ten-Commandments test should be applied).
• How the basic Judeo-Christian principles guide us to deal with the anti-Semitism? – Since the anti-Semitism is a natural reaction of the devotees of pagan morality to the Torah-guided attempts to strengthen the public Judeo-Cristian morality it should be mitigated mostly by the joint educational efforts of Jews and Christians.
• Concerning the two most prosperous modern countries, the State of Israel and the United States of America, it looks like the Israeli Jews learned from their unique spiritual history how to secure the prosperous future of their country while the American Christians need to learn.
——————————–
All these ideas are being explored by Intellectual Judaism.
——————————–