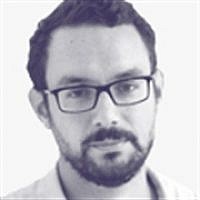 The Blogs
Mikhael Manekin
Apply for a Blog
Please note that the posts on The Blogs are contributed by third parties. The opinions, facts and any media content in them are presented solely by the authors, and neither The Times of Israel nor its partners assume any responsibility for them. Please contact us in case of abuse. In case of abuse,
Report this post.

In an op-ed in the Times of Israel this week, New York–based public relations mogul Ronn Torossian attacked a recent report that applauds Israel’s public relations efforts. The report, published by Molad, a new progressive Israeli think tank where I am a co-director, argues that we should stop blaming Israeli bureaucrats for Israel’s deteriorating world standing and focus instead on the policies of Israel’s government.

A recurring theme in Israeli public discourse surrounds what Israelis call the “hasbara problem.” Hasbara (Hebrew for explanation) is the task of making the case for Israel and its positions. The commonly held perception is that Israel’s deteriorating international image is a consequence of poor hasbara. If only Israel paid more attention to its image, the argument goes, our place in the eyes of the nations would be higher. But this argument reflects a dated understanding of Israel’s approach to public diplomacy. Israel overhauled its hasbara system in 2006 and today, Israeli ministries (quite a few of them) not only pay close attention to PR trends but have also built an efficient, organized apparatus that manages all aspects of Israel’s public diplomacy. Israel’s system can always improve, of course, but its efforts to date are admirable by any measure.

Our bottom line is simple: the apparatus is sophisticated and well organized. We should therefore stop condemning Israeli organizations and ministries for not doing a good job getting Israel’s message to the world. By internationally recognized standards, they are doing a good job. And the logical extension is also simple: If Israel’s “product” isn’t selling in the world and we know it’s not the fault bad PR, the product itself must be faulty. Looking for “results” – a poor reputation buoyed by hasbara – misses the point and in fact begs our question: is the problem really hasbara?

More generally, for Mr. Torossian – who does not live in Israel – to claim that a Jerusalem-based think tank whose board consists of Israel Prize Winners, leading Israeli academics and political activists, is anti-Israel, and that its directors (in my case, an IDF captain) are suspect is obviously absurd. Certain aspects of the attack on our report, like the assertion that Israel is a PR “amateur,” can be chalked up to self-promotion, but it also reflects a more general misconception, a faith in the mythic properties of hasbara  that goes far beyond this particular piece and its author.

More than anything else, Molad’s hasbara report demonstrates the need to stop investing in Israel’s image and start investing in Israel’s future. It’s time Israeli ministries stopped buying into the hasbara myth, as many American Jews already have. We no longer need to fear the specter of “bad hasbara” – Israel has good hasbara. Instead we should focus on long-term beneficial policies and ignore the pitches of traveling salesmen offering quick fixes to our real problems.

About the Author
Mikhael Manekin is Director of Policy and Communications at Molad, The Center for the Renewal of Israeli Democracy
Comments