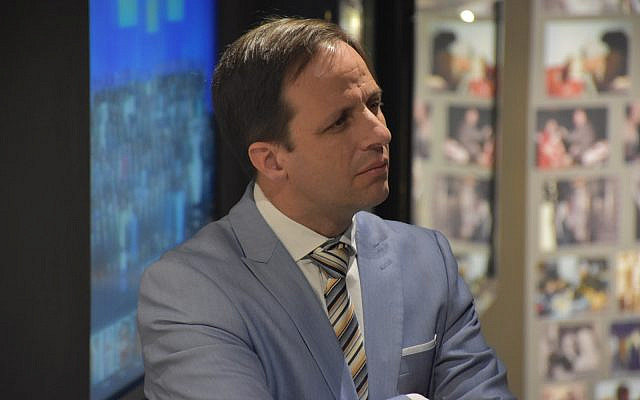 Courtesy photo of the author

Because of some serious nuclear and radiation accidents occurred, such as the Mile Island accident in 1979, Chernobyl disaster in 1986 and the recent Fukushima plant in 2011, the debate about the use of nuclear energy has progressively increased. Proponents of this type of energy contend that nuclear power is a sustainable energy source that reduces carbon emissions. On the other hand, opponents believe that nuclear power poses many threats to people and the environment.

The need for water of nuclear plants is enormous. This is the reason because nuclear power plants are near the sea, rivers, lakes or dams. One typical power plant costs US$ 14 billion, supplies 740.000 homes and uses around 57 million liters of water per day. Additionally, water used for cooling is returned to the river much hotter than when it was drawn in. Power plants when discharging can heat up the water downstream by 3º C, which will have an effect on the whole river ecology.

The linkage between peace and environment is very closed as spelled out in the Rio Declaration on the Environment and Development of 1992. In particular, Principle 25 states that “peace, development and environmental protection are independent and indivisible” and Principle 26 says that “States shall resolve all their environmental disputes peacefully and by appropriate means in accordance with the Charter of the United Nations”.

In 2008 the constitutional chamber of Costa Rica issued a decision about the decree that allows the nation to extract uranium and have a nuclear reactor. The chamber said that this decree was against the value of peace as well as to the right to a healthy environment. Therefore the decree was declared unconstitutional and invalid as follows:

“… a State that aspires to promote peace, both at a domestic level as well as at an international level, must pay special attention when authorizing the fabrication and/or weaponry and chemical substances imports within its territory, rejecting vigorously those that because of its nature had been thought and created to favour the anti-value of war”.

On 8 December 1953, U.S. President Dwight D. Eisenhower delivered a speech to the UN General Assembly in New York entitled “Atoms for Peace”.  This speech gave political cover for the nuclear weapons build-up, and the backdrop to the Cold War arms race.

International treaties and institutions like the International Atomic Energy Agency (IAEA) give countries legitimacy to the maintenance and development of nuclear power plants. The IAEA was established in 1957 after President Eisenhower presented his program “Nuclear Power for Peace”.

The culture of secrecy surrounding nuclear energy, and that still permeates the industry to this day, stems from the fact that nuclear energy was first used for military purposes.

The year 2015 marked the anniversary of the US atomic bombings of the Japanese cities of Hiroshima and Nagasaki that killed over 150,000 people instantly. Seventy years after those tragic events, the world, as Mr. Ban Ki-Moon – UN Secretary-General – has indicated, stands at a precipice facing serious threats stemming, among other things, from the persistence of over 20 000 nuclear weapons and the “contagious doctrine” of nuclear deterrence.

The United Nations has sought to eliminate such weapons ever since its establishment. The first resolution adopted by the UN General Assembly in 1946 established a Commission to deal with problems related to the discovery of atomic energy among others. The Commission was to make proposals for, inter alia, the control of atomic energy to the extent necessary to ensure its use only for peaceful purposes. The resolution also decided that the Commission should make proposals for “the elimination from national armaments of atomic weapons and of all other major weapons adaptable to mass destruction.”

A number of multilateral treaties have since been established with the aim of preventing nuclear proliferation and testing, while promoting progress in nuclear disarmament. These include the Treaty on the Non-Proliferation of Nuclear Weapons (NPT), the Treaty Banning Nuclear Weapon Tests In The Atmosphere, In Outer Space And Under Water, also known as the Partial Test Ban Treaty (PTBT), and the Comprehensive Nuclear-Test-Ban Treaty (CTBT), which was signed in 1996 but has yet to enter into force.

The Non-Proliferation Treaty came into being in 1970 in order to limit the spread of nuclear weapons. The three points of this Treaty are: non-proliferation, disarmament and the peaceful use of nuclear energy.

General Assembly resolution 3472 B of 1975 defines a Nuclear-Weapon-Free Zone (NWFZ) as “…any zone recognized as such by the General Assembly of the United Nations, which any group of States, in the free exercises of their sovereignty, has established by virtue of a treaty or convention whereby”. The following treaties form the basis for the existing NWFZs: Treaty of Tlatelolco  (Latin America and the Caribbean); Treaty of Rarotonga (South Pacific Nuclear Free Zone Treaty); Treaty of Bangkok  (Southeast Asia Nuclear) and Treaty of Pelindaba (Africa) and Treaty on Nuclear-Weapon-Free Zone in Central Asia.

On 11 December 2012, the General Assembly adopted resolution 67/28, by which « it invites all parties to consider the appropriate means that may contribute towards the goal of general and complete disarmament and the establishment of a zone free of weapons of mass destruction in the region of the Middle East » and «requests the Secretary-General to continue to pursue consultations with the States of the region and other concerned States in order to move towards the establishment of a nuclear weapon-free zone in the region of the Middle East».

The 2015 Review Conference of the Parties to the Treaty on the Non-Proliferation of Nuclear Weapons (NPT) was held at the United Nations in New York from 27 April to 22 May 2015 and presided over by Ambassador Taous Feroukhi of Algeria. The Treaty, particularly article VIII, paragraph 3, envisages a review of the operation of the Treaty every five years, a provision which was reaffirmed by the States parties at the 1995 NPT Review and Extension Conference and the 2000 NPT Review Conference. Despite intensive consultations, the Conference was not able to reach agreement on the substantive part of the draft Final Document.

Although nuclear weapons have only been used twice in warfare—in the bombings of Hiroshima and Nagasaki in 1945—about 22,000 of them reportedly remain in our world today and there have been over 2,000 nuclear tests conducted to date.  Disarmament is the best protection against such dangers, but achieving this goal has been a tremendously difficult challenge.

Finally, it should be recalled that the World Charter for Nature of 1982 underscores the maintenance of peace cannot be achieved until mankind learns to live in peace and forsake war and armaments. Consequently, as set out by the Johannesburg Declaration on Sustainable Development of 2002, all stakeholders should act together, united by a common determination to save our planet, promote human development and achieve universal prosperity and peace.