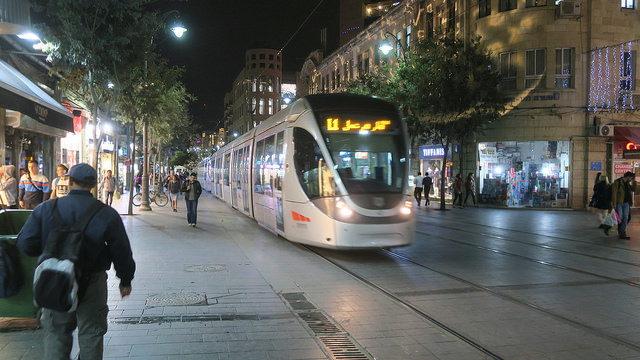 Israel’s expanding light rail system is in the news a lot these days. So is the country’s reputation as a start-up incubator that continues to bring new technology to the world.

What is often not as well publicized is the growing list of international companies and investors that dedicate funds to Israel’s technology boom and help to make that possible each year.

The story of Jerusalem’s first rail system, the Red Line, is a classic example of technology that relied on international investment, and in the end, helped to highlight the fallacies of the BDS movement (boycott, divestment and sanctions). That accomplishment was due largely to Nordea Bank, which took the time to investigate the project it was investing in as a third party. Then, satisfied that the investment was a good, ethical choice, it continued to lend voice to promoting investments in Israel’s many ethical and sustainable companies.

And there are other corporations around the world lending credibility to investing in Israel’s innovative technologies, too. Institutional Shareholder Services, and SEB, both in Stockholm, Sweden, routinely advise investors on investing in socially and environmentally conscious companies in Israel’s technology and manufacturing sectors.

A lot of this momentum is fueled by a growing consensus that Israel holds great potential as a country that endorses “green” technology. So international investment isn’t just money going into Israel’s innovation, it’s critically important PR that is heard by investors that want to support companies — and nations — with credible social development goals (SDG).

Maala, which holds conferences on sustainable businesses practices in Tel Aviv each year, helped to make this information available to international readers. But as an Israeli company itself, it also is an example of how “spreading the word” about Israeli innovation and reaching out beyond Israel’s borders through conferences and publications benefits the world’s only Jewish nation.