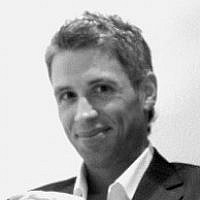 The Blogs
Jacob L. Wright
Apply for a Blog
Advertisement
Please note that the posts on The Blogs are contributed by third parties. The opinions, facts and any media content in them are presented solely by the authors, and neither The Times of Israel nor its partners assume any responsibility for them. Please contact us in case of abuse. In case of abuse,
Report this post.

Today, March 8, 2012, is International Women’s Day. Throughout the world events are held to celebrate the achievements of women and to stimulate new initiatives.  This year’s theme is “Connecting Girls, Inspiring Futures.”

On this day Jews throughout the world celebrate Purim.  The concurrence of this festival with International Women’s Day is a felicitous one, as the Esther scroll highlights two redoubtable female figures.

The first is Queen Vashti, who organizes a banquet for women that competes with the ostentatious feast hosted by King Achashverosh.  On the seventh day of feasting, the besotted king commands his seven eunuchs to bring Vashti before him so that he could show off her beauty.  Her refusal to comply with these orders enrages his highness.  Fearing that her non-compliance would become known throughout the empire, the royal counselors advise the king to depose Vashti so that women will not be encouraged to look with contempt on their husbands and rebel against governing officials.

The second indomitable woman is better known:  Hadassah, aka Esther.  Among all the beautiful girls assembled from the empire, the king loves her the most.   He honors her with Vashti’s crown, holds a great banquet in her name, and grants a holiday to all provinces of the empire.  As the tale continues, we witness how Esther develops from a passive figure into a sophisticated player in the politics of the palace.  The tables are reversed as she assumes the role of hostess and invites the king to her own banquet.  By means of impressively shrewd maneuvering, she orchestrates a dramatic turn of events for the future of her people.

The manner in which Esther achieves her objectives, and the larger political significance of the account, have been brilliantly explored throughout centuries of scholarship.  The study that I find most perceptive and provocative is Yoram Hazony’s The Dawn: The Political Teachings of the Book of Esther (Shalem Press, 2000).

International Women’s Day is not widely celebrated by Jews in Israel, due to its politicization by anti-Israel movements.  One hopes that this situation will change in years to come.  After all, the story of Vashti and Esther that many have read today is a remarkable early tribute to all women who take charge and effect dramatic change.

About the Author
Jacob L. Wright is a professor of Hebrew Bible at Emory University. Publishing widely on the subject of war and national identity in the ancient Near East, he is the author of Rebuilding Identity: The Nehemiah Memoir and Its Earliest Readers, winner of a 2008 Sir John Templeton Award, as well as a new book on King David: http://www.amazon.com/David-Israel-Caleb-Biblical-Memory/dp/1107672635
Related Topics
Related Posts
Comments