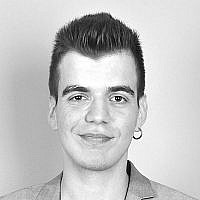 The Blogs
Emir Eksioglu
Author
Apply for a Blog
Advertisement
Please note that the posts on The Blogs are contributed by third parties. The opinions, facts and any media content in them are presented solely by the authors, and neither The Times of Israel nor its partners assume any responsibility for them. Please contact us in case of abuse. In case of abuse,
Report this post. 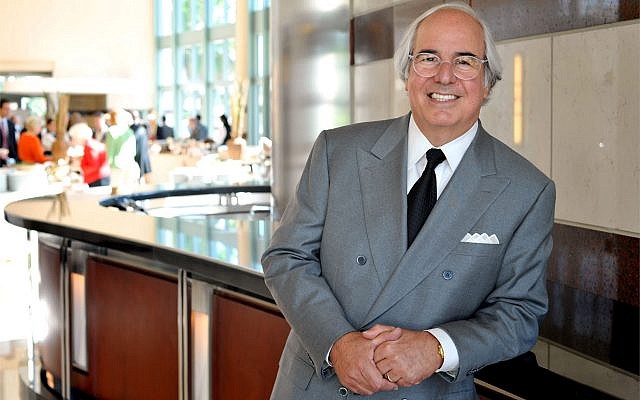 Imagine a person who ran away from home at 16 and became the most wanted fraud in the world in his twenties. The same man has managed to be a doctor, a lawyer, and a pilot until he was 20. Furthermore, this man cooperated with FBI against frauds, built his company, that provided consulting services against fraud to financial organizations. Checks, which he developed for those companies, could save them millions of dollars. Eventually, Steven Spielberg made a film about him, with Leonardo di Caprio starring.

In short, Frank Abagnale is a person with one of the most interesting biographies in the world. It was a great honor to do an interview with Mr.Abagnale, a universally recognized genius, and an easygoing and merry man.

First of all I would like to ask if you are a really smart person or really lucky?

Some people say that I’m a genius but I don’t think I really am.  When I ran away at 16 I was just a young teenager.   I didn’t set out with a plan, I just faced things as they came.  I guess you would say I was an opportunist.  I also had the foresight to think ahead and look outside the box.   I am very blessed with how my life has developed.  I’ve been able to take negatives and turn them into something positive.

Could you tell us about when you ran away when you were 16 and the things you experienced in the first days?

I ran away because my parents were getting a divorce and the judge hearing their case asked me to choose which parent I wanted to live with.  As a young teenager, I could not and would not make that choice so I ran away.   I went to New York City and thought I could live there.  I had a small checking account and when the money ran out in my account, I just kept cashing checks.   Soon I realized I had to find a job but when I applied for a job and gave my real age, I wasn’t going to be able to survive on that income.   I then altered by drivers license (they were paper at that time and did not have a photo on them) and changed by date of birth so I would be 10 years older. The pay was a little better but I still did not earn enough to live in New York City. People often commented how easy it was for me to cash checks, even at a bank where they didn’t know me, and then I starting thinking about how could I cash checks for large amounts of money. One thing led to another and then I got the idea of the pilot.  It was amazing to me how powerful the uniform was.   Once I had the uniform on, no one turned down cashing a check for me.   The uniform was an amazing tool and a great aid to me.

You had been a doctor, a lawyer and a pilot in your 20’s.

These were not professionals I set out to become, circumstances just happened.   Becoming a pilot was a way for me to travel around the world for free, as well as pass forged checks.   Later on I moved into a singles apartment complex and had to fill in my occupation on the application.    I put in doctor as I thought it would be easy to explain that I had left my practice for a short time.   I claimed to be an attorney because of a girl I dated and that led me to working in an attorney general’s office.

You have an unbelievable story and thanks to that a lot of people see you as an idol and an example.

I truly believe that people see me as an example of someone that can make a mistake in their life, get up, brush themselves off and start all over again. If people admire me, it’s because of the redemption in my life. My life is truly amazing, not because of what I did 55 years ago as a teenage boy, but that I paid my debt, served my time in prison and spent the last 43 years working with the FBI and educating corporations, governments and financial institutions about fraud. I have been married for 42 years to my one and only wife and have raised three wonderful sons. My oldest son is an FBI agent, which in my eyes is one of the most amazing things that has happened in my life.

Would you like your children to go through the same or similar experiences? Why?

Absolutely not.   First, I never wanted my children to experience their parents divorcing.  Also, when I was a runaway it was an extremely lonely life.   I was never home for holidays or family gatherings.  I did not have any friends that were my age.  I never was able to attend a high school dance or football game.   It was a very very lonely life.   No matter what the outcome, I would never want one of my sons to experience it.  On the contrary, I went out of my way to make sure my sons were respectful, ethical and raised with tremendous character and belief in God.

Does it make you sad that you became successful by fraud?

I am not proud of what I did as I believe it was illegal, unethical, and  immoral.   I live with this burden every day of my life and will until my death.

Did you have any difficulties working in the FBI since you had a criminal background? At least in the first days?

It’s been said that your life is similar to Eugène François Vidocq who lived some 150 years ago. Do you know him? What do you think about this?

Yes, I know about Vidocq.  I really don’t see too many similarities in our lives.   Controversy seemed to follow him all throughout his life and hopefully this is not the case with me.

Steven Spielberg: “I committed to directing ‘Catch Me If You Can’ not because of the divorce component, but principally because Frank Abagnale did things that were the most astonishing scams I had ever heard”

About the movie Catch Me If You Can, there were differences between the movie and the book but did you like the movie yourself?

I thought Steven Spielberg did a great job with the movie. Obviously, due to time constraints he had to leave out certain parts and characters in my life.

Steven Spielberg is directing the movie based on your life and actors like Tom Hanks and Leonardo DiCaprio are starring as well, this shows how important you are.

Not sure about that, but I was honored to have them involved in bringing my life story to the movies.  This was the first time Steven Spielberg made a movie about a real person living.  He loved the redemption part of my life and felt the story needed to be told.   He had owned the rights for years  but waited to see what I did with my life before he immortalized me in film.

Could you tell us about any interesting memories you have with Spielberg, Hanks or DiCaprio if you had any?

I was able to spend time with all of them and they were very wonderful people.  They were also very kind to my family.   Over the years, I had met many Hollywood types but these three gentlemen were very genuine and sincere.    All three were products of a divorced family and my story had special meaning to each of them.

This has to be when I met my wife. She changed my life. She gave me three beautiful sons, a family and turned my life around. I am where I am today because of the love of a woman and the respect three boys have for their father. This is something I would never jeopardize.

What would you like to say to our readers?

One message I have for people, especially young people, is that often we hear that life is short. In reality life is very long. When someone makes a mistake in life like I did, you have to live with it for many years. So if your hurt someone, lie to someone, bully someone, offend or cheat someone, as you get older you will start to think about those things and start to carry a burden for the rest of your life that you cannot forget. I hope that young people will think before they act and take a moment to realize that their actions affect everyone who loves and cares for them an can hurt others deeply.

Lastly, you didn’t come to turkey when you were young. Is it because you think turkish people are smart?

They are smart, street wise, shrewd and you have some really tough jails.

About the Author
He published articles in important institutions such as Huff Post, Independent, Times of India, Economic Times, Jerusalem Post, U.S. News, Foreign Policy, Fortune, Tehran Times and was introduced as the youngest media boss thanks to some of his investments in Turkey. He has done interviews with a lot of important people on an international level. Eksioglu, who is active in the field of international relations, works as an Ambassador for Switzerland-based Horasis, which is one of the most reputable think-tanks. Eksioglu enjoys doing projects on technology, diplomacy and animal welfare. His biggest passion is Trabzonspor.
Comments