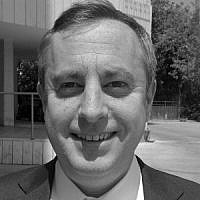 The Blogs
Josh Kiernan
Apply for a Blog
Advertisement
Please note that the posts on The Blogs are contributed by third parties. The opinions, facts and any media content in them are presented solely by the authors, and neither The Times of Israel nor its partners assume any responsibility for them. Please contact us in case of abuse. In case of abuse,
Report this post.

Last week saw two major events celebrating the Israeli high tech industry, the Journey High Tech Conference and DLD.  The increasing number and success of these types of events reflect that fact that the Israeli high tech and life sciences industries are experiencing a renaissance in recent years, gaining widespread recognition and attracting investment at a rate not seen in the past. Almost daily we see foreign delegations, most notably of late from China, coming to Israel to learn about and tap into the great spirit of invention and entrepreneurship that characterizes Israel’s innovative industries. Many foreign governments are coming to Israel to learn from the early Israeli model of government-sponsored promotion of entrepreneurship. One of my favorite quotes from our late great President Shimon Peres, who in many ways was the spiritual father of the Israeli high tech industry, best summarizes the Israeli ethos:  “The most important thing is life is to dare.  The most complicated thing in life is to be afraid.  The smartest thing in the world is to try to be a moral person.”

Since were are in Israel, the holy land, and as we enter the New Year and the period of reflection and atonement of Yom Kippur, I thought it would be appropriate to reflect upon the Bible and relate it to the high tech industry in some meaningful way.  in particular, there are two important theological concepts which are relevant to the Israeli high tech and life sciences industries, these two concepts being light and wisdom.   So, let me begin with a passage from the Bible. And let us start from the very beginning of the bible, Genesis 1, when the world was created: “In the beginning, G-d created the heavens and the earth.  And G-d said ‘let there be light,’ and there was light.  G-d saw that the light was good and he separated the light from the darkness.”

The first word in the Hebrew bible is Bereshit, which is translated in English as “in the beginning”. So, in the beginning, Bereshit, G-d created light. He created light, the source of life, it can also be said that G-d created electricity!  In fact, it can be said that G-d was the first life sciences and high tech entrepreneur. So it is fitting that we celebrate entrepreneurship in the land where it all began.   Jewish tradition tells us that G-d created the universe from the Foundation Stone in Jerusalem, it is the stone upon which the Jerusalem Temple, the Holy of Holies stood, the stone upon which Abraham almost sacrificed his son Isaac and where Adam, the first human being, offered sacrifices to G-d.  And so throughout history many have regarded Jerusalem as the spiritual and physical center of the universe, because it is from that holy spot in Jerusalem that the world was created, from where light sprung forth.   In this regard, it can be said that Israel was the first start-up, the world’s first incubator, today we know it as “Start-up Nation”. And so, it is fitting that we celebrate the technology industry where it all began, in the home of the first great entrepreneur.

Turning back to the two themes of light and wisdom, wisdom is an important term in the Hebrew Bible, it appears dozens of times in the Hebrew Bible.  In the book of Proverbs, Wisdom is personified as the agent through which G-d created the universe:  “The Lord created me [Wisdom] at the beginning of His works, as the first of His works of old… I was there when He set the heavens into place… I was constantly at His side.”

Wisdom is also important in the wider Judeo-Christian tradition as we find in the New Testament a similar formulation that was used in the Book of Genesis, with a slightly different emphasis when it says “In the beginning was the Word….  Through Him all things were made….  [The Word] was the light of all mankind.”  The use of the term Word derives from the original Greek term Logos.  Logos derives from Greek philosophy and is generally defined as the rational principle that governs the universe.  In Christian usage, the logos becomes the intermediary between G-d and the world, the personification of wisdom and truth through which G-d created the world and governs it, much as the Wisdom concept of the Hebrew Bible.

Light and wisdom are closely associated terms in the Bible.  In lay terms, light is commonly defined in the dictionary as “the natural agent that stimulates sight and makes things visible.”  There is the physical aspect of light, but light is also highly symbolic, it is the force that overcomes darkness, as the Book of Genesis says, light is “good”, it is the antithesis of evil.  In the Bible and throughout history, light is associated with salvation, truth, goodness and life, and even as a metaphor for G-d who reveals wisdom to us, and so light itself becomes the symbolic medium through which we gain wisdom, through which all things become visible.

So it can be said that human endeavour, human advancement, is driven by these great forces of light and wisdom.

Coming back down to earth a bit, another meaning we extract from these foundational terms is the importance of education. Light symbolizes education that brings us wisdom.  For wisdom is why we have been celebrating the Israeli high tech and life sciences industries, this gift of wisdom we have been given is the life source of Israeli innovation.  Wisdom after all is the source of all being. We must have wisdom to be truly human, it is what separates us from the other creatures. But, wisdom is not something you just wake up with in the morning. Wisdom is learned, wisdom is earned, through education, both formal education and life experience. Wisdom, in other words, needs light.  Education is the cornerstone of wisdom and it is the cornerstone of entrepreneurship and technological development. Israel can only succeed in developing its innovative industries if it fosters wisdom, if the educational system is strong enough to turn out wise people who become entrepreneurs and dreamers.

We need of course more investment in our universities.  However, as every parent knows, the best education starts early and what is sorely needed is greater investment in Israel’s primary and secondary schools.  Pre-university education, other than special needs programs, is often the victim of budget constraints and often overlooked by major donors.  In many ways, the technology and life sciences industries have the most to lose and the most to gain by nurturing the next generation of talent.  As many countries around the world (many with far greater human and financial resources than Israel) invest heavily in the development of their domestic technology industries, Israel risks losing its competitive edge unless we dig deep into our Jewish roots (and pockets) and embrace the very Jewish values of learning and philanthropy.  There is today perhaps no greater cause for foreign donors, and with so many Israeli entrepreneurs having achieved the heights of success, for those entrepreneurs to take a leading role in giving back to the community that nurtured them.

Peter Drucker, widely considered the father of modern management, once said: “The best way to predict the future is to create it.”  Let us empower the younger generation with light and wisdom so that they can they can create the future and so that Israel can stand proudly as the “light unto the nations”.

About the Author
Josh is an attorney specializing in international law. Originally from New York City where he was a student of international relations and Middle Eastern studies at Columbia University.
Related Topics
Related Posts
Comments