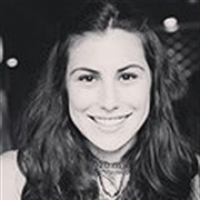 The Blogs
Danielle Singer
Apply for a Blog
Advertisement
Please note that the posts on The Blogs are contributed by third parties. The opinions, facts and any media content in them are presented solely by the authors, and neither The Times of Israel nor its partners assume any responsibility for them. Please contact us in case of abuse. In case of abuse,
Report this post.

On July 18, 1994, five-year-old Sebastian Barreto was on his way home from school with his mother when a van filled with 275 kilograms of explosives struck the AMIA Jewish community center in Buenos Aires, killing him and 84 other civilians instantly and wounding over 300.  The worst terrorist attack in Argentina’s history had occurred only two years after another terrorist bombing which flattened the Israeli embassy, a Catholic church and a school in Buenos Aires, killing 29 and injuring 240. Criminal investigations launched by the Argentinian authorities ultimately concluded that Iran and Hezbollah were responsible for both terrorist acts, and in 2007, INTERPOL issued international arrest warrants for six Iranian officials in connection with the AMIA bombing.

Yet, in a development that has confounded victims of the bombing and others in the international community, Argentina’s Congress approved in late February a Memorandum of Understanding agreed between Argentina and Iran to establish a “truth commission” regarding the 1994 AMIA bombing. The announcement came as a shock, especially given that the Iranian authorities have refused to comply with Argentina’s investigations over the past 18 years. As a result, Argentinian Jewish groups, AMIA and DAIA, lodged an appeal in April with the Argentinian courts seeking to declare the legislation to establish the commission unconstitutional, and requesting that Interpol’s Red Notice arrest warrants be upheld.

In parallel, Iran has already demonstrated its disinterest in seriously investigating the matter. Notwithstanding Iran’s written agreement to enable the truth commission to interrogate the six accused officials, the Iranian government has remarkably announced that one of them, current Iranian Defense Minister Ahmad Vahidi, will not be subject to any questioning. Since then it has been reported that two more of the accused – Moshen Rezai and Ali Akbar Valayati – will be running as candidates in Iran’s upcoming Presidential elections due to be held next week.

It is also somewhat suspicious that President Ahmadinejad has praised the deal with Argentina, assuring us all that the new commission “will establish Iran’s innocence.” Argentine President Cristine Fernandez, for her part, has referred to the impending commission as a “historic and unique event.” Indeed it is. Never before has the concept of a joint “truth commission” with a tyrannical foreign regime been suggested by a democratic country as a suitable response to an unprovoked terrorist attack against its civilians. In this sense, the Argentine-Iran “truth commission” is not so much unique as it is a farcical application of the concept of truth commissions.

While some truth commissions have in the past had international involvement, traditionally they have been internal committees created by states to investigate prolonged domestic human rights violations in their own countries that were committed by previous governmental regimes or rebel forces. Past examples include Argentina’s truth commission established to look into the excesses of its military junta between 1976 and 1983; and South Africa’s Truth and Reconciliation Commission (TRC), established at the end of apartheid “to bear witness to, record and in some cases grant amnesty to the perpetrators of crimes relating to human rights violations, as well as reparation and rehabilitation.”  Such commissions enabled victims to tell their story publicly, and encouraged former officials to give testimony in exchange for amnesty from prosecution, with the goal of enabling peaceful reconciliation between victim and persecutor.

The proposed Argentine-Iran truth commission, however, will be based on an extremely vague nine-point memorandum whereby five international jurists – two appointed by each country plus a president agreed upon by both – will “analyze all the documentation presented to date by the judicial authorities of Argentina and Iran.” The commission is supposed to be able to interrogate the six Iranian officials against whom INTERPOL issued arrest warrants, but will only be able to present recommendations about how the case should proceed within the legal and regulatory framework of both parties. Apart from these unusual characteristics, the establishment of the commission raises significant questions regarding the status of previous Argentinian judicial proceedings and what substantive justice this commission will bring.

Thus, despite its name, the Argentine-Iran truth commission may be better characterized as some form of inquiry with a limited mandate to make procedural recommendations. Yet, regardless of its classification, one cannot help but ask why the commission is being formed now, or at all? Argentina has already carried out an extensive investigation that unequivocally concluded that the order for the bombing had come from the highest echelons of the Iranian leadership. It is, therefore, questionable why Argentina would want to partner with the same totalitarian regime, which has a terrible human rights record and continues to sponsor terrorist attacks by Hezbollah and other organizations around the world (the Burgas bombing perpetrated against Israeli tourists in Bulgaria last year and the foiled plot by the Iranian government to assassinate Saudi ambassador Adel al-Jubeir in the United States, being just two recent examples).

In all, the deal to establish the joint “truth commission” serves as a clear victory for Iran and a painful blow to those Argentinians still mourning the loss of their loved ones. It provides the Iranian regime with the pretense of goodwill while enabling it to protect its officials from being held accountable. In this truth commission there will not be any form of reconciliation between victim and  perpetrator. Instead, the AMIA bombing victims will suffer the further indignity of having their government cooperate with and legitimize those responsible for their suffering, while continuing to be deprived of justice.

About the Author
Danielle Singer is an Israel government fellow, a one-year fellowship based in Jerusalem
Comments