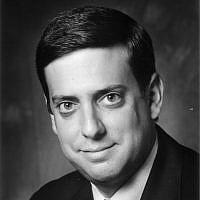 The Blogs
Nathan J. Diament
Apply for a Blog
Advertisement
Please note that the posts on The Blogs are contributed by third parties. The opinions, facts and any media content in them are presented solely by the authors, and neither The Times of Israel nor its partners assume any responsibility for them. Please contact us in case of abuse. In case of abuse,
Report this post.

As the world’s largest kosher food certification agency, we at the Orthodox Union know a few things about inspection programs. Our “OU” logo is on nearly one million food products made in over ninety countries, and some age old Jewish rules about kosher supervision are relevant to the current debate over the proposed Iran Nuclear Deal.

Earlier this year, President Obama said the negotiations with Iran were premised on the notion that we shouldn’t trust Iran and that a deal must provide “vigorous, unprecedented inspections so we know at every point along their nuclear chain exactly what they’re doing…for twenty years…and…even if they wanted to cheat…we would have insights into their program we’ve never had before.” In April, Secretary of Energy Moniz, one of the Deal’s lead negotiators, told Bloomberg News that to assure of this “we expect to have anytime, anywhere access” to sites where Iran might conduct nuclear program activities.

Now that the Deal has been concluded, we see that its inspection regime falls short of the benchmarks previously stated by the President and his team. While IAEA inspectors will have access to known nuclear sites in Iran, they must request access to Iranian military or other suspected sites, and Iran can delay such access for at least 24 days — leaving plenty of space for cheating and time for it to be concealed once suspected. Here is where the lessons from kosher laws are instructive.

Only these modes of inspection and certification are sufficient to earn a kosher seal of approval. Critically, if a food producer — whether it’s a small corner café or huge Nabisco factory — refuses to accept such inspection rules or violates them, the OU will withhold or rescind its kosher certification and the producer will face the consequences in the marketplace. The OU will not water down its standards to assuage the food producer — he must meet our standards.

President Obama and other world leaders acknowledge the Iranian regime has a record of unscrupulousness. The President has asserted that the Deal’s inspection regime is sufficient because Uranium and other nuclear materials have a half-life of eons and can be detected with sophisticated sensors even if removed. But this argument assumes all work related to a nuclear weapons program involves nuclear materials, which it does not, and that Iran will not be able to hide such work in locations that elude suspicion entirely, which they can — they’ve done it before.

Thus, there is no question the inspection program in the pending deal falls short. An inspection program that does not allow inspectors to deploy anywhere in Iran with the ability to inspect suspect facilities in the country in real time is clearly insufficient.

If Iran indeed intended full compliance with the agreement, and does not plan to pursue a nuclear weapon surreptitiously, they would have nothing to hide and no reason to object to such pervasive inspections. The Obama Administration and its five negotiating partners should have rejected the agreement on this basis alone — and the U.S. Congress should vote to disapprove the Deal on this basis in the next 60 days.

Without a truly robust regime of inspection, there’s no doubt the proposed Deal with Iran is not kosher.

About the Author
Nathan J. Diament is the Executive Director for Public Policy at the Union of Orthodox Jewish Congregations of America.
Related Topics
Related Posts
Comments