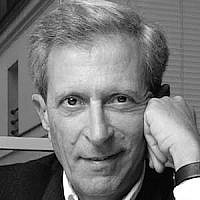 The Blogs
Samy Cohen
Apply for a Blog
Advertisement
Please note that the posts on The Blogs are contributed by third parties. The opinions, facts and any media content in them are presented solely by the authors, and neither The Times of Israel nor its partners assume any responsibility for them. Please contact us in case of abuse. In case of abuse,
Report this post.

The nuclear deal reached in Vienna on July 14 between Iran and the “five plus one” powers (United States, Russia, China, France, United Kingdom and Germany) resolves none of the challenges posed to those opposed to the Islamic Republic’s acquisition of nuclear weapons. Unlike South Africa, which decided to abandon its nuclear program in 1990, Iran has not renounced its ambition to become a military nuclear power. It’s nothing to tout about. The threat remains.

However, it has been pushed back ten to fifteen years. Iran’s nuclear capabilities have been hobbled by a set of constraints and monitoring procedures so as to ward off the threat and ensure the P5+1 of being able to react swiftly in the event that Iranian authorities decide to build an atom bomb. For instance, the “breakout” time, the amount of time needed for Iran to be able to enrich enough weapons-grade uranium to manufacture a bomb, has been increased to twelve months, as opposed to two today. This measure will be in place for 10 years. The Vienna accord also limits the number of centrifuges for enriching uranium. It stipulates that during the next fifteen years, Iran can only enrich uranium up to 3.67%. The stockpile of uranium enriched beyond that level will have to be shipped out of the country or diluted. The heavy water reactor in Arak is to be redesigned, subject to P5+1 and International Atomic Energy Agency (IAEA) monitoring, so that it can no longer produce weapons-grade plutonium. The agency will be entitled to inspect enrichment facilities for the next twenty years. Access to military sites will be possible if “necessary,” exclusively for resolving concerns regarding Iran’s fulfillment of the agreement. This wording, however, leaves Tehran the liberty to decide what is deemed “necessary.”

In the event Iran does not abide by its commitments, the so-called snap-back mechanism provides for sanctions to be restored automatically. Initially in place for a ten-year period, it can be extended for another five years in accordance with a commitment made by the five permanent members of the Security Council. Sanctions concerning the supply of ballistic missiles will remain in force for eight years and restrictions in the area of heavy weapons for five years. The P5+1, which has won only a reprieve, is betting on the gradual normalization of US-Iranian relations and on the vibrancy of Iran’s civil society, which it believes is capable of exerting influence to prevent a return to international sanctions. The deal does not put an end to the many subjects of discord regarding Iran’s support to Syria, Hezbollah and Yemen’s Houthis.

With the accord Iran has won the gradual lifting of sanctions affecting the financial, energy and transport sectors once the IAEA submits a report certifying that Iran has met its commitments. The compromise represents a victory for Tehran; it enables the regime in place to regain its legitimacy with the population while preserving its capabilities for enriching uranium for civilian purposes. What will happen when the agreement expires? Will Iran resume its military program? If such were the case, will the determination of the powers opposed to it remain as strong as today? No one can answer these questions at the moment. All options are open.

According to Israel and the Sunni monarchies in the Gulf, the Vienna accord will give Iran substantial financial clout to pursue its subversive activities in the Middle East and will not prevent it from making an atomic bomb down the road. The Americans answer these misgivings by saying that critics of the accord have not offered any realistic alternative. The Vienna accord is not the “historic mistake” that Israeli Prime Minister Benyamin Netanyahu calls it. For Jerusalem it postpones the threat of a nuclear attack from Iran – hardly credible as it is – for ten years. Iranians know that Israel has second-strike capability that could send their country back to the stone age if it were to attack Israel. In the Middle East, Israel will therefore still have a monopoly on the atom bomb for another ten years and maybe more. The United States Congress, largely hostile to the Vienna agreement, has two months, as of last July 20, to decide whether to lift sanctions. A negative vote will inevitably come up against a presidential veto, which can only be overridden by a two-thirds majority in Congress, a highly unlikely possibility. In any event, a vote against Barack Obama would apply to American sanctions alone, not those imposed by the United Nations or the European Union.

There remains the risk of nuclear proliferation in the Middle East. Those in favor of the deal contend that without it, Iran would become a nuclear-armed state in the very near future, inciting similar appetites in Egypt, Saudi Arabia or even Turkey. Opponents to the accord argue that by doing nothing to stop Iran’s military program, the deal will inevitably drive these countries into a nuclear arms race. With or without a deal, the risks are real indeed. The future will largely depend on the United States’ ability to guarantee the security of these countries, but also on the evolution of Iran’s relations with the rest of the world.

About the Author
Samy Cohen is Senior Research Emeritus at the Center for International Studies (CERI), Sciences Po, Paris. He is an expert of foreign policy and defense matters. He is the author of a dozen of books among which : The Résilience of the States : Democracy and the Challlenges of Globalisation, Hurst, 2004 ; Democracies at War Against Terrorism : A Comparative Perspective (ed), Palgrave, 2008 and Israel’s Asymmetric Wars, Palgrave, 2010.
Related Topics
Related Posts
Comments