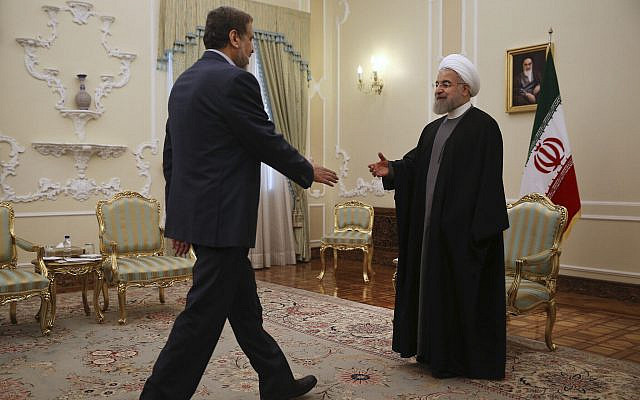 Last week, Israel fought a short, sharp conflict with the Palestinian Islamic Jihad termed Operation Breaking Dawn. The battle began when Israel received intelligence information regarding PIJ’s intent to fire anti-tank missiles at Israeli targets near the Gaza border, and responded with precision strikes targeting PIJ’s senior leadership in Gaza. PIJ fired a barrage of more than 1,000 rockets at Israel during the 55 hours of fighting. PIJ’s aggression was armed, funded, and controlled by Iran, which considers its revolutionary goals to be served by fighting Israel to the last drop of Palestinian blood. Much violence and sorrow were averted because other Palestinian factions, even the terrorist group Hamas, showed themselves too savvy, on this occasion, to be drawn into Iran’s maelstrom. However, Iran’s cynical manipulation of the Palestinian people continues and must be understood in order to be countered.

PIJ’s ideology is inspired by the Iranian Revolution of 1979, and PIJ’s former leader Ramadan Shallah described his organization as “another fruit of the Ayatollah Khomeini’s fructuous tree.” Speaking of PIJ’s arms and equipment, he admitted that: “the whole world knows that they come mostly from Iran or were purchased with Iranian funding.” Iran has funded PIJ since 2000 by means of an incentive structure that encourages successful terrorist attacks. As of 2016, Iran’s funding for PIJ had reached an astonishing $70 million annually. Iran currently funds the majority of the PIJ budget, according to the U.S. State Department.

On August 4, the day before the conflict, top PIJ leader Ziyad al-Nakhalah was meeting with Iranian President Ebrahim Raisi in Tehran. On August 6, the day after it erupted, he was pictured meeting with Hossein Salami, head of the Iranian Islamic Revolutionary Guards Corps (IRGC), the Iranian paramilitary organization listed by the US State Department as a terrorist organization that actively supports terror proxies in Syria, Lebanon, Iraq, Bahrain, and Yemen.

PIJ’s headquarters and senior leadership have resided in Tehran since 2012, when they relocated from Damascus due to the Syrian Civil War. PIJ maintained its lockstep support for Iran during the worst of the Syrian struggle, when the Yarmouk Refugee Camp outside Damascus – once home to the largest concentration of Palestinians in the world – was placed under a brutal siege by Syria, Iran, and Hezbollah, which strained relations between the Iranian bloc and Hamas. Ultimately, more than 4,000 Palestinians have been killed by the Iran-backed Syrian government during the conflict, and over 500 have been tortured to death. Nevertheless, as the Jerusalem Post’s Herb Keinon has explained, “Iran supports Hamas but it controls Islamic Jihad. There is a difference.”

When it is understood that PIJ follows an Iranian, and not a Palestinian, agenda, it makes sense why PIJ is so callous in regard to Palestinian life. PIJ is a purely military organization and unlike Hamas does not provide social services or participate in Palestinian elections. More Gazan civilians were killed by failed PIJ rockets than by Israeli airstrikes during Operation Breaking Dawn.

Iran’s nightmare is the possibility of peace between Israel and its Arab neighbors, including the Palestinian people. This is because Iran remains a revolutionary state threatened by stability, and it maintains the goal of exacerbating conflict throughout the region. Under the framework of the Abraham Accords, Israel has normalized relations with several Arab neighbors. Most recently, Saudi Arabia last month took the momentous step of permitting Israeli commercial flights over its airspace.

Most importantly, the people of Gaza are ready to move past endless conflict: a recent survey found that 52% of young people in Gaza, compared to only a quarter in the West Bank, agree with the statement that “[t]he Palestinian-Israeli conflict is mostly just for politicians or old people, and I simply don’t think about it very much.” Only Iran, the outside mischief-maker, seeks to uproot the shoots of peace. The rest of the world, and particularly the Palestinians, must not be duped by this malign influence and instead follow their own interests and ensure a better tomorrow for their children and grandchildren, living in peace and security alongside the Jewish Homeland, the State of Israel.