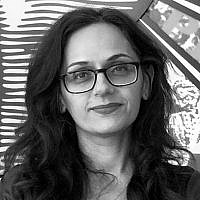 The Blogs
Marjan Keypour
Apply for a Blog
Advertisement
Please note that the posts on The Blogs are contributed by third parties. The opinions, facts and any media content in them are presented solely by the authors, and neither The Times of Israel nor its partners assume any responsibility for them. Please contact us in case of abuse. In case of abuse,
Report this post. 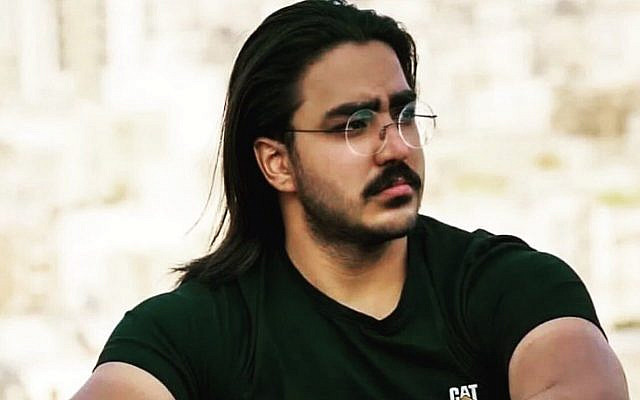 Undated photo of Majidreza Rahnavard, who was executed by Iran on December 12, 2022. (Twitter. Used in accordance with Clause 27a of the Copyright Law)

As the revolution in Iran intensifies, the theocrats in charge have made a cruel wager. They are betting against their own citizens in a desperate struggle to remain in power. Now, before it’s too late, the international community must respond and reward the courage of the Iranian people.

With the execution of Mohsen Shekari last Thursday and Majidreza Rahnavard on Sunday, the Islamic Republic has opened a new frontier in the war against its own people. In a country where jobs are scarce, clean water is a luxury, and school buildings are collapsing, the Iranian regime somehow manages to do one thing very well: use its resources to issue and carry out death sentences against their own people in a bid to break their will and crush their spirit.

Executions like those of Shekari and Rahnavard carried out in recent days appear set to continue. Mana Sadrat, Mohammad Hosseini and Ali Moazzami who were arrested during the recent protests are at risk of being put to death for the “crime” of participating in a demonstration. Simultaneously, in recent weeks the regime also expedited the execution of previously arrested Baluch and Kurdish prisoners including Amonollah Rakhshani and Parviz Barhouhi. They also convicted two teenage brothers named Mohammad and Ali Rakhshani (no relation to Amonollah) of “enmity against God,” a charge punishable by death.

Iran has tried this strategy of power by execution before. Thousands of prisoners were killed in the first years of the revolution. The Iran Tribunal has documented at least 11,000 executions in the 80s, with at least 4,000 executions in 1988 alone. The actual number of executions during the decade is believed to be closer to 20,000. Those mass executions created an atmosphere of fear that paralyzed regime opponents and quelled rebellion for decades.

During the heat of the recent protests, Khamenei expressed nostalgia for the bloody decades of the past. He stated that “the G-d of the 80s is the same as today’s G-d,” implying the same threat to the citizens while assuring himself the likelihood of immunity, not only from the international community but even the Almighty himself. Despite such harsh rhetoric, Iranian people are no longer fearful of the fascist clerics. They have summoned the courage to face their oppressors on the streets, knock turbans off the heads of mullahs and stare down evil while chanting “no to the dictator.”

Remember that the worldwide outrage against Iran’s repression began with the brutal murder of Mahsa Amini at the hands of the so-called Morality Police in September. Her name became a household name around the world, shorthand for the ruthlessness of the regime and the resistance of citizens. It evoked sympathy and prompted outrage among the international community. But since Mahsa’s murder, Iran has imprisoned more than 18,000 people and murdered an estimated 500 people, some out in the open, shot dead on the streets, others raped and beaten to death out of view in dungeons and torture chambers, and now an increasing number of them in public on the gallows.

The magnitude of this depravity can’t be reduced to a bumper sticker or covered in a single cable news segment. Imagine the pain of parents across the country whose young children were kidnapped by regime thugs and now face the prospect of kangaroo court trials and death sentences. The horror is more than any hashtag campaign can hope to capture. We need new tools to help people understand the extent of this terror campaign and new strategies to stand up to these atrocities.

No one should be surprised that the Islamic Republic is attempting to solve its problems with such barbarism. The government lost any moral legitimacy years ago. It lacks the vision to explore real solutions to the systemic challenges and widespread corruption crippling the country. The so-called “reformists” movement was exposed as a pathetic sham, little more than a PR campaign to buy time and bargaining chips for negotiations with the West.

In reality, regardless of its propaganda, the regime is propped up by a series of pillars that include forced hijab, gender apartheid, Shiite supremacy, and a draconian code of personal behavior. Without these structures, the Islamic Republic would lose its fundamental identity.

Justice would demand tearing down these pillars, upholding freedom and equality for all, an arrangement that would mean the total collapse of the Islamic Republic. This is why the protesters are calling for the foundational removal of the regime because there’s no legitimate partner for negotiations. There’s simply nothing to put on the table.

The regime recognizes this reality; this is why they no longer fake efforts to solve the problems. Abroad, regime supporters and their lobbyists have mastered the art of political equivocation. They are quick to distract from their failings and point toward the problems of others.

For example, Iran and its echo chamber vociferously object to any diplomatic rapprochement between the US and Saudi Arabia, citing the brutal and unforgivable murder of news columnist Jamal Khashoggi. This certainly was a heinous incident, but it is remarkable how Iranian leaders and followers lack the same passion for the citizen journalists who are arrested and killed on a daily basis in Iran. Indeed, the Islamic Republic continues to murder and execute journalists, bloggers and other innocents every day, men and women whose names may never gain the same profile as Khashoggi but whose deaths are equally tragic.

With each passing year, Iran has done little more than expand its malign activities around the world and target its own citizens. The time has come to look at the Islamic Republic with clear eyes and explore new policies to end its menace to humanity, once and for all.

What would such new approaches look like? In some ways, what’s old is new again. There are clear policy recommendations that would support the protesters. It also is time for western powers to convene stakeholders from a cross-section of expertise, including a strong representation of Iranian opposition leaders to chart a course for a free Iran and determine the best ways to give power back to the citizens who wish to rebuild the country.

Now is the time for democracies to respond to the calls for democracy from the Iranian people.

Born and raised in Iran, Marjan Keypour is a human rights activist and founder of StopFemicideIran.org, and ARAMIran.org. She’s a non-resident fellow at the Middle East Institute and member of ADL’s Task Force for Middle East Minorities. You can follow her at @MarjanKG

About the Author
Marjan Keypour Greenblatt is a human rights activist and founder of StopFemicideIran.org, and ARAMIran.org. She’s a non-resident fellow at the Middle East Institute and member of ADL’s Task Force for Middle East Minorities.