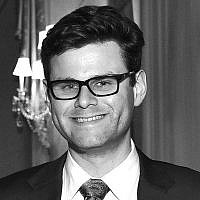 In the weeks since Russia began its massive, unprovoked assault against Ukraine, there have been intense debates about how to reinforce Kyiv’s military capabilities. Among some commentators, the Israeli-American Iron Dome system has emerged as a potential silver bullet – or rather, silver missile interceptor – in the face of the Russian onslaught. Yet for reasons both technical and political, the Iron Dome is unlikely to arrive on an Eastern European battlefield. Fixation on the Iron Dome also distracts from ways in which Israel could help Ukraine – if officials in Jerusalem were willing.

It’s important to understand that the interest in Iron Dome was not an overnight phenomenon in Ukraine. Even before Russia re-invaded Ukraine late last month, there was talk of trying to acquire the Iron Dome among some officials in Kyiv and in cities like Mariupol, close to the Donbas region where Ukraine has been fighting Russian forces and their proxies for nearly eight years. Ukrainians were not alone in their interest – India, South Korea, and Gulf Arab states are all reported to have expressed interest in the technology. Relatively low Israeli civilian casualties amid successive conflicts with Hamas and other Gaza-based Palestinian militant groups naturally make the Iron Dome appealing to any country with hostile neighbors. However, this also paints an incomplete picture of the Iron Dome’s record and recent Israeli-Palestinian wars. 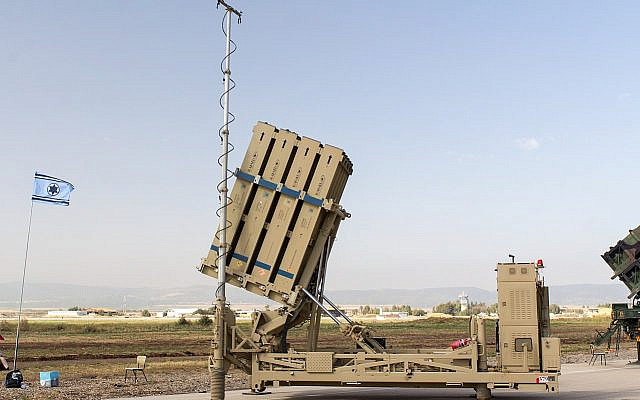 Iron Dome is an impressive technology. But it is only one part of Israel’s missile defense apparatus, which also includes the Barak 8 (used against cruise missiles, aircraft, and other threats), Arrow 3 (anti-ballistic missile), and David’s Sling (covering a range of threats). The Iron Dome is deployed mainly against relatively small Palestinian paramilitary groups in Gaza rather than a professional military. Many rockets fired from Gaza end up landing far from civilian population centers, meaning Israel never has to intercept them. While Hamas has fired Soviet-designed Grad rockets at Israel, the Palestinians fire them from makeshift individual launchers, rather than the multiple launch systems Russia is using to terrorize cities like Kharkiv. Against cruise missiles like the Russian Iskander, Iron Dome would likely be useless. In short, the Iron Dome has never had to be used against an enemy that can commit attacks with the volume and accuracy Russia has demonstrated, nor can it realistically cover a war zone as expansive as the Ukrainian battlefront.

This very point is why critics have raised concerns that an adversary like North Korea could quickly overwhelm Iron Dome or a similar system. Yevgeny Kornichuk, the Ukrainian ambassador in Tel Aviv, conceded that Iron Dome would not be useful in his country’s fight against Russia. And even if the Iron Dome did have a place in Ukrainian military strategy, additional units would likely need to be produced, delaying any impact on the war in Eastern Europe. 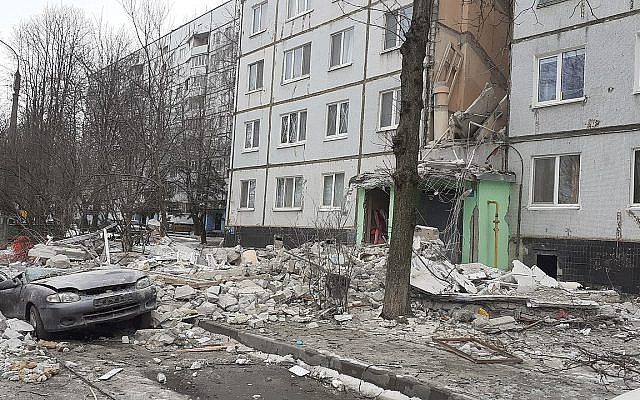 Keeping all this in mind, Iron Dome’s operational limitations are not the only factor keeping Israel from lending material assistance to Ukraine’s military effort. Israeli humanitarian efforts have been laudable, but as Ukrainian officials continue to stress, what the country really needs is lethal aid. For Israel, that has been a non-starter. Since 2015, Russian forces in Syria have tacitly permitted Israel to conduct airstrikes against Iranian and Hezbollah targets there. From the outset of the Ukraine crisis, Jerusalem claimed that aligning too closely with Kyiv risked Russia closing the skies over Syria to the Israeli Air Force. More recently, Prime Minister Naftali Bennett’s back-and-forthing between Vladimir Putin and Volodymyr Zelensky gave Israelis inclined toward neutrality fresh material to argue against directly providing Israeli military equipment of any kind to Ukraine. 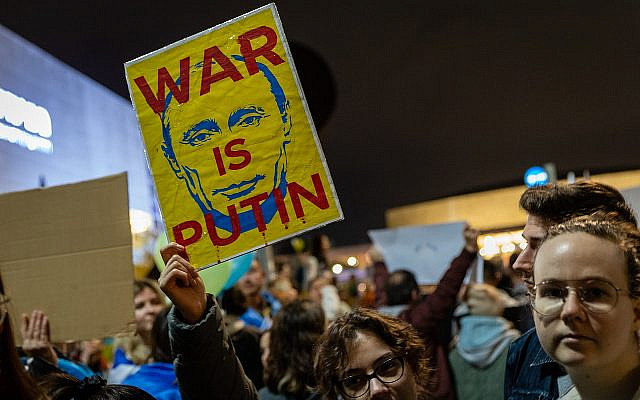 Still, the Israelis have gone even further, closely guarding against the transfer of Israeli technology in other countries’ arsenals as well. In early February – before the major Russian assault began – Israel preemptively warned Latvia, Lithuania, and Estonia that it would invoke end-use restrictions to prevent them from giving German-Israeli Spike anti-tank weapons to Ukraine. This follows the pattern set by Germany, which, earlier in the winter, refused to allow Estonia to send weapons acquired from Berlin to Ukraine. But the Germans eventually walked that position back and gave a green light to the transfer. Other European governments, along with the United States, have also provided lethal aid. Yet in Jerusalem, even the transfer of Israeli technology to Ukraine via a third party is framed as too risky.

Israel undoubtedly has to navigate a complex relationship with Russia in Syria. But if European countries – with deep economic and energy ties with Moscow, and, in some cases, actual borders with the Russian Federation – can step up, it is worth asking whether these interests really prevent Israel from doing the same.

About the Author
Evan Gottesman is an advisor at Israel Policy Forum. His work has been published in Foreign Policy, World Politics Review, The National Interest, Haaretz, The Diplomat, The Forward, and +972 Magazine. Evan has briefed numerous members of Congress and senior legislative staff on U.S.-Israel relations and the Israeli-Palestinian conflict, and has been quoted and cited in The Washington Post, USA Today, and VICE News. He is currently a master’s candidate at the Johns Hopkins University School of Advanced International Studies.
Comments