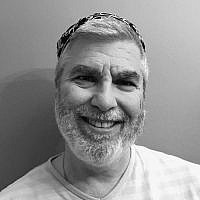 The Blogs
Mark Newman
Apply for a Blog
Advertisement
Please note that the posts on The Blogs are contributed by third parties. The opinions, facts and any media content in them are presented solely by the authors, and neither The Times of Israel nor its partners assume any responsibility for them. Please contact us in case of abuse. In case of abuse,
Report this post.
For all the Jews who don’t want to live by the Torah’s commandments, for all the Jews who want to assimilate with the Gentile culture around them, for all the Jews that ignore Hashem and just want to “do their own thing,” for all the Jews who purport to be or in fact are Torah-observant and periodically wish life were easier and could be if we just dropped a few of the more challenging commandments (Torah and/or Rabbinic), for all the Jews that just want to take a periodic break from the commandments that fill your day every minute of the day, you should ponder the words of the Gentile Prophet Bilaam who gave the below prophecy regarding the Jews [Balak was the king of the Moabites who hired Bilaam to come and curse the Jewish people]:
Numbers/Bamidbar 23:9/Parshat Balak
“It [the Jewish people] is a nation that will dwell alone, and will not be reckoned among the nations.”
G-d decreed through the Gentile Prophet Bilaam millennia ago that no matter what the Jewish people do, they will collectively never be able to assimilate, and will in fact always stand out. It is ineluctable, unavoidable, and a great gift.  Certainly, some individual Jews and some Jewish communities might be able to assimilate to one degree or another for a time but overall the Jewish people in the aggregate have a unique place in history as designated by G-d.
Why not bask in this distinction and become a light unto the nations in your individual life by clinging to the Torah, all of its commandments (Torah and Rabbinic) with joy?  Why not bear the responsibility of a G-dly life, one that is permeated, suffused and infused with divine energy and light whereby you will have eternal purpose and direction?  Why not be the role model of moral and spiritual rectitude such that everyone in the Jewish and Gentile world alike will say, what a wise and discerning people this is?
Why would you assimilate or think of assimilating into a non-Jewish culture when you have Hashem’s promised bounty of spiritual bliss hitherto unimagined and against which turning your back would remove you from the chain of divine destiny that is an eternal promise for His treasured people, a destiny that is a certain to pass in full no later than at the End of Days?
Ignorance is not bliss.  But knowledge is power, the power to change your life and everyone else’s for the better.  Assimilation is a fool’s game and your life and eternal soul is at stake.  Logic and reality dictate that you ditch your superficial notions of success and “happiness” as defined in the Gentile world and climb for clarity, reach for reality, mine for meaning, probe for purpose—all through the Torah lens, the Jewish perspective, the Book of Life as provided for us by our Creator.  Do you really think your assimilationist tendencies will fare best for you in the long run when they run counter to how you were created?
Think about what the Gentile Prophet is telling all of us Jews:  You will always be alone—with God—your Father and King in Heaven, as long as you choose wisely to have the greatest pleasure that exists in this universe and in any universe by cleaving to His ways and His commandments.
To whatever extent you still might have an urge to assimilate into the Gentile world, at least listen to the Gentile Prophet Bilaam.  Don’t even think about it!
About the Author
Mark Newman is married to Ellen Newman and together were blessed with raising Ariel Yitzchak a”h for 18 years in Great Neck, NY to love Judaism and Israel. Mark has worked professionally for over three decades in the US Federal government as a civil law enforcement officer.
Related Topics
Related Posts