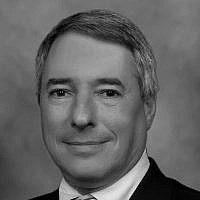 The Blogs
Mark Sunshine
Apply for a Blog
Advertisement
Please note that the posts on The Blogs are contributed by third parties. The opinions, facts and any media content in them are presented solely by the authors, and neither The Times of Israel nor its partners assume any responsibility for them. Please contact us in case of abuse. In case of abuse,
Report this post. 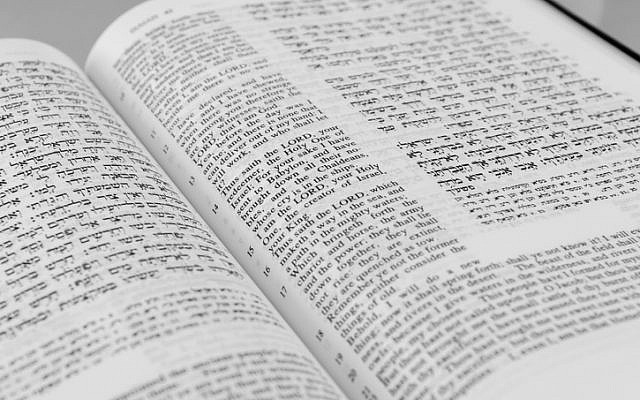 Can G_D only understand Hebrew? (iStock)

I was in a minyan that was consecrating a cemetery, and I knew my question would cause a ruckus among my fellow consecrators,  but I didn’t care.

I was tired, hungry, hot, and fed up with being treated as a questionable Jew by fellow Jews.

In the consecration minyan, I was the only non-Orthodox participant. I was also the only person who lived within 1,000 miles of the cemetery. Everyone else had flown into South Florida from New York for the consecration, and while the other men knew each other, they had no idea who I was or why I was invited or even allowed, to be there.

If you have never participated in a cemetery consecration, the consecration minyan walks around the cemetery’s perimeter seven times while chanting specific prayers and Psalms.

On that hot Florida day, each trip around the outer boundaries of the cemetery was a little more than two miles in length, and there was no shade. We were baking in the hot sun.

I had been invited into the minyan because I was the president of a 2,000 family Reform synagogue. The rabbi who was in charge of the cemetery hoped I would encourage our congregants to go there for burial.

It was clear from the moment I got out of my car that I did not fit in. Everyone else was wearing a black suit and hat while I was dressed in more comfortable and cooler, tan khaki pants and a white short-sleeve shirt.

Almost immediately, my qualifications as Jew were questioned by the men in black. They demanded confirmation that I was Jewish enough to consecrate the cemetery and didn’t accept that a Reform Jew could qualify.

After about 10 minutes of heated discussion, the rabbi in charge of the cemetery restored order and apologized. Then, the ceremony began.

Everyone in the minyan walked and chanted faster than me (much faster) and were upset that I was too slow.

About 2 hours into the consecration, they ganged up on me.  I decided enough was enough and vowed to put a stop to the nonsense.

We had been provided with an English translation of the Psalms and commentary on what the words really meant. And the night before, I had looked up the ritual and meaning of the consecration ceremony. Although I was the questionable Jew in the group, I was the only person who took the time to be prepared.

Once I had established that the men were simply decoding the Hebrew letters without understanding their meaning, I asked why no one was reading the Psalms and prayers in  English. I reasoned that if the consecrators didn’t know what they were doing or why, how could the consecration ceremony have meaning.

One of the more aggressive men arrogantly replied that if I was a real Jew, I would know that “all prayers and rituals” should be in Hebrew.

There was no way I was going to let that comment stand.

I quickly asked whether the Kaddish, much of the Book of Daniel and his Ketubah were in Hebrew (hint…they aren’t). Most of the men assumed that since these passages and documents used Hebrew letters, Hebrew was the language.

I have to confess, I wasn’t pleasant as I smugly informed the group that Aramaic was the operative language, and if they were educated Jews, they would know that.

One man quietly told the group that I was correct; Aramaic, not Hebrew, was used for some prayers and rituals, including those I cited.

I told the minyan that for the last four trips around the cemetery, I planned on walking slower, reciting my prayers and Psalms in English and at a pace to understand and appreciate the words. And, since there were only 10 men in the minyan (including me), they didn’t have a choice but to slow down and listen.

For me, religious ritual without understanding has no meaning. And, to have meaning, I have to understand what I am saying and doing.

According to Moses (Deuteronomy 30:11), Judaism is not supposed to be hard to understand or beyond the reach of anyone. When I read those words in Hebrew, I cannot understand them. But, Moses’ words are easy to understand in English.

For most American Jews, it’s hard to reconcile Moses’ words against the reality that many Jewish communities believe authentic Judaism only comes through the recitation of prayers in an alien language that few understand.

About the Author
Mr. Sunshine is the Immediate Past President of Temple Beth El of Boca Raton and has written extensively about Jewish life from the perspective of a Baby Boomer who still finds joy and humor in the simple things in life.
Related Topics
Related Posts
Comments