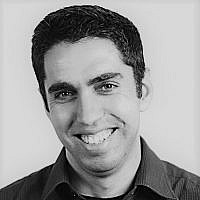 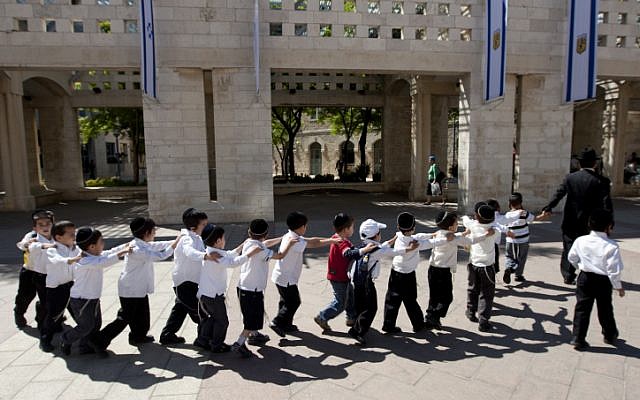 People sometimes have the tendency to simplify things they do not fully understand, yet reality is usually more complex and evolves with time and changing circumstances. During my years as a researcher, I’ve discovered that Haredi society is the most dynamic society in Israel and that recent decades have witnessed (and are still witnessing) dramatic changes within this segment of Israeli society.

Few people know that in the late 1970s employment rates among Haredi men were very similar to those among men in the general population, standing at about 84%. In contrast, the employment rates of Haredi women at that time stood at only about 40%.

The major turning point took place when Begin came to power in 1977 and the ultra-Orthodox parties joined the coalition for the first time. As part of the coalition agreements, the “Torato Omanuto” law (literally meaning “Torah study is his art”) was greatly expanded. This law exempted yeshiva students from military service – and granted them generous stipends – on the condition that they would not work and would dedicate their time solely to Torah studies. Thus, it was in many ways the actions of the State that incentivized Haredi men to leave the labor force and form the “society of learners” as we know it today. At this same time, a gradual process of radicalization was set in motion within Haredi society – which was manifested in several ways:

Employment rates among Haredi men dropped from 84% in the late 1970s to about 40% by 2000. The share of Haredi men attending advanced yeshivas jumped from 56% (among the older generation) to more than 90% (among the younger generation) and the average duration of study in the yeshivas increased significantly to about 20 years. Birth rates among Haredim rose as well: from 6.5 children per family in 1980 to 7.5 children in 2000.

Due to the increase in fertility rates, we might have expected a decrease in the employment rate of Haredi women, but their participation rate actually rose to compensate for the decline in employment among Haredi men.

But changes did not only take place in the spheres of employment and fertility. Not many people recall that, in the past, a significant percentage of Haredi boys (especially among the Sephardic Haredim) studied core curriculum subjects, such as math and English, in high school. However, the data show that the formation of the “society of learners” gradually led to the abandonment of secular studies and their removal from Haredi boys’ education. These changes contributed to the gradual adoption of a new narrative that sanctifies religious study and a spiritual lifestyle and utterly renounces the world of employment and secular studies.

However, the conditions that gave rise to these changes are very different from the conditions present today. The economic reality that the younger Haredi generation faces is significantly worse than the one faced by their parents’ generation, from which the “society of learners” emerged. The first generation of the learning society had parents who worked most of their lives (a portion of them also received reparations from Germany), and therefore could support their children more than is possible today.

In addition, donations from abroad did not grow as quickly over this time as did the Haredi population. This was accompanied by a dramatic cut in child allowances in 2003, followed by another cut in 2013 (which, for Haredi families with many kids, significantly decreased their available income), a large increase in the cost of living, and a spike in housing prices. Together these ingredients form the recipe for an economic crisis. It is mainly the younger generation of Haredim that has to deal with this new economic reality, and is forced to adapt to it in order to survive.

In recent years, employment rates of Haredi men have risen to 51% and those of women have risen to 73%. Thus, we have actually returned to the equivalent of one and a quarter persons in full-time employment per Haredi family, on average – as it was during the late 1970s – though divided differently between the genders. Birth rates have also returned to their previous level (6.5 children), yet today, these Haredi mothers are also the primary breadwinners.

Another surprising change is taking place in academia. Between 2008 and 2014, the number of Haredi students in academic colleges and universities tripled and today stands at about 11,000 students – one third of whom are men.

There is no doubt that these changes are driven to a great extent by economic pressures and the need to make ends meet. Yet, inevitably, they are also driving some new and fascinating social trends within Haredi society. In a broader sense it seems that, despite difficulties and internal frictions, this is the heyday of the more moderate elements within Haredi society.

Eitan Regev is an economist and senior researcher at the Taub Center for Social Policy Studies in Israel. He recently completed a PhD track in the Department of Economics at Hebrew University. In recent years he has studied Haredi society extensively and published several seminal studies that help to shed light on key socioeconomic issues related to this sector.

About the Author
Dr. Eitan Regev is an economist and researcher at the Israel Democracy Institute. Dr. Regev is regarded as one of the leading experts in research of the ultra-Orthodox economy in Israel, and has published several seminal studies that help to shed light on key socioeconomic issues related to this sector.
Comments