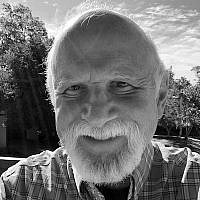 Opponents of Israel’s proposed judicial reforms like to say they’re defending democracy. Actually, what they’re defending is unlimited judicial power, as long as that power is used to advance their own causes. If the situation were reversed, and the High Court was dominated by religious Zionists who opposed any territorial retreat whatsoever, and the Knesset was dominated by leftists who claimed that peace could only be achieved through territorial compromise, and every time the Knesset tried to give away land the High Court blocked it, you can be sure these opponents would be the first to demand that the powers of the Court be curtailed, and they would do it in the name of democracy.

In a democracy, there does need to be a balance of power. The Knesset should not have absolute power to do whatever it pleases, but neither should the High Court. They should both be subject to clearly defined limitations. But now the balance has tilted too much in favor of the Court. By asserting the right to overturn any decision of the Knesset, and claiming to be the final arbiter on all issues of public policy, including areas where they have little or no expertise, they’ve been able to do enormous damage to the country.

For example, Israeli law bars people from serving in the Knesset who don’t recognize Israel’s right to exist as a Jewish state. Yet there’s a sizable contingent of Arab Knesset members who openly declare that they’re not there to serve the Jewish State of Israel, but to serve the Palestinian national cause, which explicitly opposes Israel’s very existence. But every time the Knesset tries to expel them, the High Court blocks them from doing so. The presence of this anti-Zionist bloc right in the heart of the Israeli government is one of the main factors that makes it so hard to form a stable majority coalition.

The question is, with whom should the ultimate powers of society reside? And even more importantly, what exactly are Israel’s core values that must be defended at all costs? Israel has never had a written constitution, mainly because such a constitution would have to define the relationship between the religion and the state, and this is something on which it’s been impossible to reach a consensus. Is Judaism itself, with its belief in God, the Torah and the Covenant, the defining purpose of our national existence as well as our main source of strength that enables us to overcome all who oppose us, or is it an anachronistic relic of the past that we should discard as soon as possible so we can participate more fully in the world of modernity? This debate forms the primary tension in Israeli society today.

National cohesion requires recognition that both camps exist, and they should deal respectfully with each other, even if they disagree, and accept the verdict of the voters as much as possible. Eventually, the truth will prevail. In the meantime, it should be acknowledged that the Knesset is more representative of the Israeli people than the High Court, and the Court should only be allowed to overturn Knesset decisions on clearly defined legal grounds, and not just because of personal ideological preferences. The method of choosing judges should also be changed so the court doesn’t become a self-perpetuating oligarchy that moves further and further away from the legitimate aspirations of the Jewish people.

As Israel slowly inches toward its long-term destiny which was determined on Mount Sinai over 3000 years ago, it’s vitally important that our civil society not collapse under the weight of mutual recriminations, and that we maintain a spirit of good will, honest communication and truth-seeking with each other despite any and all differences of opinion.

About the Author
Martin Wasserman is the former producer and host of the cable TV series "Spotlight on the Middle East." A long time pro-Israel activist, he frequently writes articles on Jewish and Israeli topics. He is also a retired software developer based in Silicon Valley.
Related Topics
Related Posts
Martin Wasserman