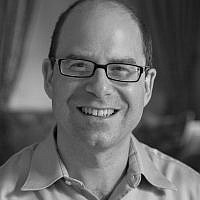 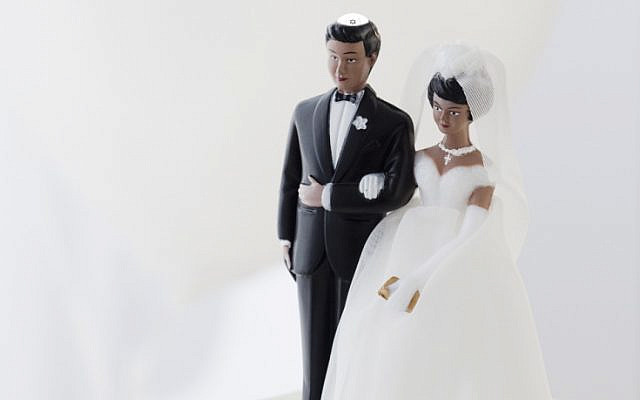 In 1990, American Jews decided they had no future.

That was the year the National Jewish Population Survey—then the most comprehensive study of American Jewry ever undertaken—revealed that more than half of America’s Jews, 52%, were intermarried. Though the report itself was even-keeled in its analysis, the reaction among many Jews veered toward panic.

Intermarried couples weren’t raising their children Jewish, according to the NJPS survey, so it was assumed their grandchildren wouldn’t be Jewish either. It was only a matter of time before American Jews disappeared, the thinking went.

It hasn’t turned out that way.

Recent surveys by Brandeis’ Cohen Center for Modern Jewish Studies and the Pew Research Center show that 7.6 million Americans identify as Jewish, a 35% increase since 1990.

Immigration by Jews from the former Soviet Union, Israel and elsewhere accounts for some of the increase.

But the other principal cause is intermarriage.

According to Pew, about two-thirds of intermarried couples raise their children Jewish. In a typical intermarried family—one Jewish parent and two kids—this means the Jewish population doubles in a generation.

Intermarriage boosting the number of American Jews was not a scenario many doomsayers imagined possible.

To be sure, some scholars remain pessimistic about American Jewry’s future.

They argue that, although the children of intermarried couples identify as Jewish, they lack the commitment to Jewish learning and culture that previous generations held.

Over time, these scholars argue, this will lead to a weakening or a dumbing down of what it means to be Jewish. For many Jews, being Jewish will mean no more than liking Mel Brooks movies and occasionally cooking brisket.

He offers this corrective to anyone still mired in the doom and gloom of the 1990s: “Judaism and Jewish culture are flourishing. American Jews express their Jewishness in diverse ways. But for most, it is a valued part of their identity.”

In the United States, intermarriage was rare until the middle of the 20th century, with rates never rising above 3%.

According to Brandeis’ historian Jonathan Sarna, it was mostly men who married out of the faith, largely because more men than women immigrated to America and because women were kept under stricter social control.

Sarna, the director of Brandeis’ Schusterman Center for Israel Studies, points to a singular tension that characterized the attitude of American Jews toward outsiders: They wanted to have close social relations with them, yet not so close that Jews intermarried.

By the 1960s, it became impossible to maintain this balance any longer, he says. As social mores loosened, America became more of a melting pot. Irish, Italians, Catholics, Protestants, Blacks and whites increasingly cohabitated. The friction between Jews and other groups also eased.

In 1964, when the intermarriage rate had risen to 7%, Look magazine published a cover story on “The Vanishing American Jew.” By the time Look went out of business seven years later, the vanishing Jew was an idée fixe in the public imagination.

After that, as Sarna writes in his book “American Judaism: A History,” “two interrelated and highly contentious statistics count for Jews above all the rest: their absolute numbers in America and their rate of intermarriage. … Jews both obsess over these statistics and berate themselves for doing so.”

TO SHUN OR NOT TO SHUN?

When the NJPS study on intermarriage appeared in 1990, Barry Shrage was three years into his 30-year tenure as head of Combined Jewish Philanthropies of Greater Boston.

He says the typical reaction to NJPS’ findings was a combination of panic, despair and rage at the Jews who were supposedly abandoning their religion and sorrow that their kids would be forever lost to Judaism. The consensus was that Jews should do everything possible to prevent interfaith marriage.

Shrage responded, “That train has already left the station.” He thought intermarriage was a fait accompli of American Judaism.

But he wasn’t fatalistic about the future. Shunning Jews who intermarry and treating them like traitors made it impossible for them to participate in Jewish life, Shrage said. He urged another strategy: make them feel welcome.

CJP now included a message encouraging “the participation of interfaith families, couples and significant others” in all its activities in its correspondence and invitations. Under Shrage’s leadership, CJP began an intensive adult education initiative and a program that educated parents about raising their kids Jewish. It also supported the growth of Jewish overnight camps.

In the 1980s and 1990s, other Jewish organizations and the Reform Judaism movement also grew more accepting of interfaith families.

In 2013, Pew released another survey of American Jews showing nearly two-thirds of intermarried couples were now bringing up their kids Jewish. Subsequent research by Saxe and several colleagues showed that this higher number represented a doubling within the space of a generation.

In a 2017 article, they attributed the transformation, in part, to “the more welcoming and inclusive attitudes and practices toward intermarried families by Jewish organizations.”

As Shrage had predicted, Jews who intermarried chose to remain Jewish, given the chance and the right enticements.

“Having a Jewish life makes it possible to find meaning and hope,” says Shrage, now a professor of the practice at Brandeis’ Hornstein Jewish Professional Leadership Program and the head of the university’s Initiative for Jewish Identity. “It’s not a small thing in a world filled with alienation to feel like you belong to a thousands-year-old tradition with an infinite future.”

For more than two decades, Hadassah-Brandeis Institute research associate Keren McGinity has studied what motivates Jews who intermarry to raise their children Jewish. She’s found the decisive factor is the mother’s wishes.

In earlier generations, women who married outside their faith had less influence in determining their children’s religion. But, as McGinity states in her 2009 book, “Still Jewish: A History of Women and Intermarriage in America,” feminism empowered women to remain Jewish and bring their kids up as Jews.

The most recent Pew Report, which came out in 2020, found that children of intermarried parents whose mothers are Jewish were 1.86 times more likely to be raised exclusively Jewish than those whose fathers are Jewish. (Intermarried Jewish men are expected to focus more on breadwinning than parenting.)

When it comes to propagating Judaism, women have been both “the deciders and the doers,” says McGinity.

JUDAISM IN THE KISHKES

She says the generation of American Jews she began studying more than two decades ago experienced a profound connection to Judaism.

Even if they were not religious, they saw themselves as part of a unique and exalted tradition. They participated in Jewish organizations and devoted themselves to learning about Jewish history and culture.

“They felt their Judaism in their kishkes,” she says, using the Yiddish word for “gut.”

But, Fishman says millennials, especially those who grew up in intermarried households, have a much more superficial commitment to Judaism. Their parents didn’t expose them as kids to the richness of Jewish thinking, history and culture.

These millennials “weren’t given the intellectual tools or emotional experiences to know what their Jewish heritage is,” she says. As a result, she says, the number of Jews may not be dropping, but “Jewish culture is fading from a large segment of the Jewish population.”

But HBI’s McGinity, who also serves as interfaith specialist at the United Synagogue of Conservative Judaism, remains optimistic.

She says children of intermarriage are rethinking what it means to be Jewish in powerful and creative ways. Because they don’t take their Judaism as a given, they ask questions about which traditions should be kept and which should be discarded.

McGinity cautions against believing that demography is destiny and reverting to pessimism. Judaism has a remarkable staying power in the face of threats far greater than intermarriage.

Let the past 30 years be a guide, she urges. Despite predictions of Jewry’s demise, the reverse happened.

Right now, she says, “we’re in a renaissance.”