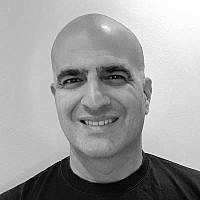 The Blogs
Lior Tagor
Apply for a Blog
Please note that the posts on The Blogs are contributed by third parties. The opinions, facts and any media content in them are presented solely by the authors, and neither The Times of Israel nor its partners assume any responsibility for them. Please contact us in case of abuse. In case of abuse,
Report this post.

Whether one likes it or not, the era of 5G computing is upon us, especially with an increasing number of smartphone users and tech companies starting to utilize this technology seemingly with each passing day. In fact, with the consumption of mobile data increasing all over the globe at a rapid pace, it stands to reason that, moving forward, network operators will have to adapt quickly and provide their users with faster internet speeds so as to keep up with all of the rising demand.

So what’s the deal with 5G exactly?

Straight off the bat, it should be pointed out that in practical terms, 5G promises substantially higher data relay speeds than those offered by any 4G system in existence today. It is estimated that using 5G, data waves can travel up to ten times faster and more efficiently in comparison to their 4G counterparts.

Not only that, research clearly shows that the amount of time it takes 5G signals to relay between a device and its closest communications tower is less than 3 milliseconds, a value that is nearly 4-5 times lower when compared with 4G networks (i.e. 12-15 milliseconds).

Since 5G enables high data transmission speeds—with transfer rates of up to 15-20 Gbps achievable—iusers are afforded faster access to a wide array of files and remote apps seamlessly, without any apparent lag or wait time. As a result, cloud-based systems can be utilized more efficiently and even reliance on the internal memory of one’s digital devices can be reduced to a large degree.

Simply put, latency refers to a small-time window that exists between a person issuing an order on their digital device (smartphone, laptop, etc), and that action being executed. In this regard, it is estimated that in 5G devices, latency times can be up to 10x less than what most users are accustomed to with 4G.

Thanks to this, remote actions can be carried out in real-time, allowing precision instrument operators, doctors (as well as many other professionals) to perform their duties without having to be physically present at a specified location.

The dawn of IoT

With 5G it can become easier to connect a greater number of smart devices to a single network—millions of machines per square kilometer approximately—thus allowing for all of the connected instruments to exchange information with one another in a near-instant fashion using an IoT (Internet of Things) framework. This can potentially enable the creation of smart cities and autonomous cars, thus allowing individuals living within these areas to improve the quality of their lives substantially.

While on paper 5G stands to completely revolutionize the global telecommunications market, there are a few issues that are currently holding the technology back from mainstream deployment. For starters, 5G services can only be doled out across networks that actually support the technology. What this basically means is that in order for 5G to become part of our day-to-day lives, a complete upgrade of our existing, local comms framework is needed.

In addition to this, some of the other pertinent issues that are currently holding 5G back include:

5G relies quite heavily on the constant relay of large volumes of data, which may either be processed using a cloud system or via the use of a high-end computer. That said, most data centers in existence today do not have the capacity to hold and process such massive loads of information.

Though 5G promises ultra-low latency, there is a small caveat worth highlighting here, i.e. the feature only applies to the transfer of data taking place from a tower to one’s device. However, information that is being relayed from a cell tower to a central cloud data center is still subject to large latency-related delays (of up to 500 milliseconds).

5G is still in its nascency and there is no reason to believe that the technology cannot scale up as we head into the future. However, as this process continues to happen behind the scenes, it seems increasingly apparent that another technology—referred to as ‘edge computing’—will continue to play a major role in the advancement of 5G.

The concepts of 5G and edge computing are inextricably tied with one another, with both technologies poised to completely revamp the way in which huge volumes of data can be processed in real-time. Using mobile edge computing, it becomes easier to reduce many of the latency-related problems that have been outlined in the section above.

For example, edge computing employs an architectural framework that comprises of a distributed cloud architecture which in turn is made up of local micro data centers. As a result, developers do not have to set up their data relay operations around a single core system—where all of the information is processed—but rather around these micro data centers that work at the ‘edge’ of the network (hence the name).

Thus, the constant need for data to be relayed back and forth from a central server can be mitigated, allowing for not only reduced bandwidth but also decreased data latency. To put it another way, ‘edge computing’ allows 5G to showcase its true technological potential to the world.

About the Author
Lior Tagor is General Manager at Couchbase covering Israel and Eastern Europe. Lior’s role is to ensure companies choose the right NoSQL technology for their digital strategy and to help them solve the most challenging problems in the data landscape. Lior brings over 20 years of technical and business experience in the HiTech industry, sealing multi-million dollar deals with the top global market leaders worldwide. Lior holds a B.Sc in Computer Science and Masters in Business Administration from Tel-Aviv University
Related Topics
Related Posts
Comments