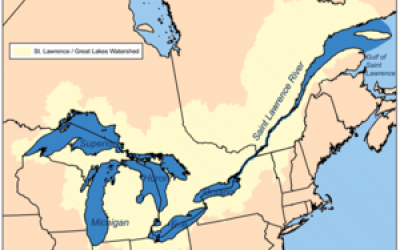 Is Main really North of the Canadian Border?

The most northerly part of New England is in Maine at 47 degrees 19 minutes north. The border with Canada is overwhelmingly at 49 degrees north. So why does nearly every map of the USA that I have seen show Maine to be north of the Canadian border?

Every map shows correctly that the border is not (and never was) a straight line at 49 degrees. Once you put aside the misconception that the whole border is at 49 degrees, it is easy to see that Maine and other US states near the St. Lawrence river are most definitely in the US.

From this southernmost dip of the border, it starts to move northward again – through Lake Ontario and into the St. Lawrence River, all the way to the Atlantic. 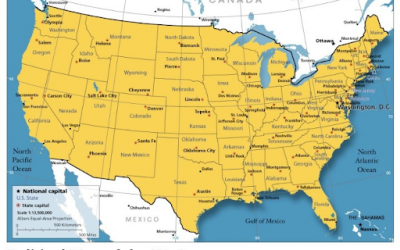 The 49th parallel forms the Canada-USA border West of Ontario. To the East, the border is far more irregular and goes much farther South.

The Southernmost point in contiguous Canada is Point Pelee in Ontario with a latitude of less than 42°, Northern California, believe it or not, is at a higher latitude. And Pelee island is even further South.

Due to a bend in the Detroit river the city of Detroit, Michigan, is just North of the Ontarian city of Windsor.

As for the state of Maine about half of its area forms a wedge driven North between the Canadian provinces of Québec and New Brunswick, leaving only a narrow strip of land between its Northern tip and the St-Lawrence river.

That’s because those borders were created by a more complex historical process than just making a treaty that adopted a line on a map as a border.

However, Main is entirely North of the Southernmost Canadian Border which is  With all that said, I declare this fourth source of information posits a latitude for Canada’s southernmost point at 41° 40′ 53.119″ or 41.68142194.

At a small art gallery, Miriam Fischman and her 8 year old son Shlomo were having a tough time choosing between two paintings. They finally chose the autumn themed one.

“I see you prefer an autumn scene as opposed to a floral one,” said the gallery owner, who happened to be nearby and witnessed the mother-son interaction.

“No,” said young Shlomo. “This painting is wider, so it’ll cover the three holes I put in the wall.”