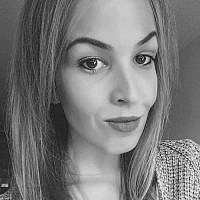 According to resources, Amazon has banned “Mein Kampf” and other Nazi propaganda materials.

However, it is important to know, according to resources Nazi propaganda materials are still available to download for free.

My question is; have those who sell it ever think about the impact of Nazi propaganda books?

Which impact it will have on youth?

Is it cynical to sell books of those who had burnt many books?
What does it mean “to see things from another point of view”?

I do agree that we should search about information. However, when it is about “Mein Kampf”,are we aware about the text of that book?

Have you been thinking what were the consequences of that book?

Does the crime have justification?

Moreover, If some people think there is justification for it, they might be searching for justification about the dictator reading that book.

If the testimonies, books which testimony about the Nazi evil, if Yad Vashem and other Jewish museums are not prove of how strong and lunatic was propaganda in that time, are there some people who try to justify evil?
Who are the people who want to read it?

Is there any excuse for it? If they say that all they wanted is to see to another point of view; I would ask if they have read about the consequences of that book?

What else is needed to ban the book?

I am writer; however I do not understand curiosity of people who want to read it?

Is it just curiosity or there is something else behind the veil?

Hence, some will say that after reading it they might despite Hitler more.
I would ask them if all the proves about his crimes means so little to them?

As a writer I would like to ask:
Is there justification to read “Mein Kampf”? Absolutely not!
Maybe those who would like to read it will have different opinion if they have visited Yad Vashem and sow just a small piece of proves of what Nazi evil had made.

Therefore, before someone sells “Mein Kampf”, should be aware that it potentially could destroy the person.

Moreover, be aware that “Mein Kampf” was not written in order to promote freedom of speech and freedom of thinking but to be one of Nazi propaganda supporter.

To the booksellers I have a one thing to say – Do not murder future of youth with with a book of hate.