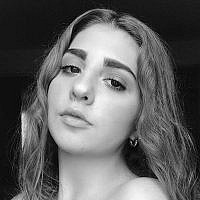 The Blogs
Mihal Mizrahi
A small Venezuelan girl with big dreams
Apply for a Blog
Advertisement
Please note that the posts on The Blogs are contributed by third parties. The opinions, facts and any media content in them are presented solely by the authors, and neither The Times of Israel nor its partners assume any responsibility for them. Please contact us in case of abuse. In case of abuse,
Report this post.

“In  2011 Venezuela will have the best electricity system in the continent” This statement was made in 2008, the then President Hugo Chávez, was referring to a power outage  that left most of the country without electricity.

On April 29, 2008, a power outage occurred in Venezuela. It lasted almost 4 hours and earned its place in Wikipedia among the big blackouts in the world. The government gave two versions of the case: A forest fire and a power failure in the Guri Dam. 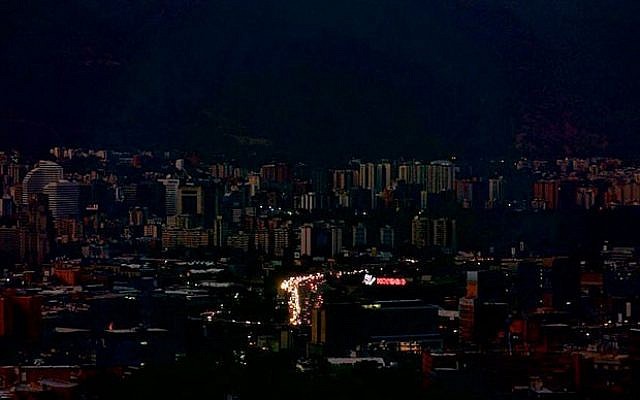 Venezuela from an aerial view

President Hugo Chávez said that his government assumed responsibility for what happened, guaranteed that “in three months we will increase energy production” and affirmed that “we are working so that it does not happen again,  you can be sure that we are working during the day and night … Here we are at the rudder. “

Nicolás Maduro took that ‘rudder’ and now in full 2019 there are more power outages than ever, just yesterday during more than 40 hours there was a power outage that affected almost the entire country, becoming the largest power outage in the history of Venezuela, shocking right?.

The country is mired in chaos, commercial flights are canceled at the airport “Simón Bolívar”, hospitals are collapsing, people are going crazy in the supermarket buying food reserves, family members who emigrated from Venezuela are not able to contact their relatives in Venezuela and adding the immense lines at the gas stations.

The economy is completely paralyzed since no one can withdraw money from the ATMs. Since Thursday afternoon, the telephone service and the subway of the capital interrupted their services, forcing thousands of people to walk kilometers to their homes.

People are fearing the worst and it is not an unfounded fear. From November 2018 to February of this year the organization Physicians for Health accounted for 79 fatalities in hospitals associated with failures in the electric service.

How long will this continue? How can we keep our eyes closed seeing this kind of thing?

The worst of all is that no organization has done anything about what is happening in Venezuela, no parliament, nor the UN or anyone. Videos of premature babies breathing with a manual respirator, cesareans and surgeries being performed without light, doctors trying to move all patients to the only generator of electricity  available, they have to choose who lives and who does not, UNTIL WHEN? How long can we continue to be an accomplice of this regime with our silence? Until when can one continue to know that there are people dying in hospitals due to the government’s negligence and acting like this is normal? 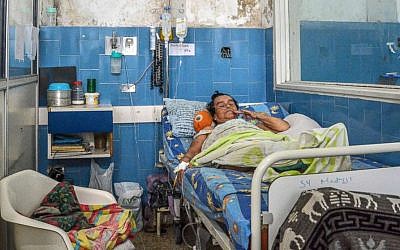 This article more than to inform is to make a call, a call to action, to raise our weapons, specifically, to raise our best weapon; our voice, to demand actions from the organizations, to ask the world for help, to our respective governments.

Today I feel impotent, impotent that I can not do anything to change the  situation of my family, my country, and that those who can, must and have the obligation to do so, they fail at it,  they only seek for culprits; WE DO NOT NEED TO KNOW WHO IS GUILTY! WE NEED A NEW GOVERNMENT!.

We need freedom, honesty, democracy and sovereignty, the rest of the things come as a result of this, something big can be achieved with the support among nations.

Please, if you have come this far and are reading this, I implore for your help, raise your voice, just because it does not happen to you it does not mean that it does not happen to another person, or that it is less important. Share this article and this message, make it reach the government and the organizations, united we are stronger.

While in Venezuela the electricity crisis is unstoppable, other countries today survive thanks to the financing granted by the Government of this country, the deceased Hugo Chávez, gave an electric interconnection plant to Cuban leader Fidel Castro for his birthday. “A Gift because of  your perseverance for the integration of Latin America. And your struggle for justice” those were Chavez’s words in 2001.

In 2011 the president of Nicaragua, Daniel Ortega, inaugurated the “Victorias del Alba” power plant with the capacity to generate 30 megawatts, thanks to an investment of $ 52 million paid by Venezuela, in 2008 Nicaragua had already received $ 72 million also from Venezuela, to “eradicate hunger and allocate it to energy and social projects’, In 2009 Bolivia also benefited from Venezuela. It received $ 42 million for the construction of its own thermoelectric plant. 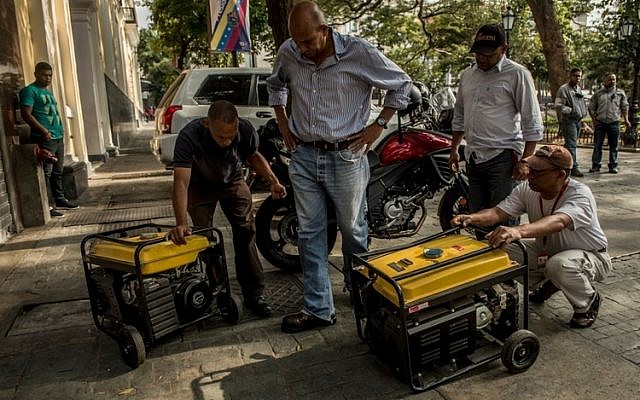 Venezuelans trying to turn on the electricity generators that are available

And yet here we are, a government that was granted power by the people but still, it uses that power against them.

About the Author
Mihal Mizrahi was born on October 28 of 2002 in Caracas, Venezuela in a jewish family, her family escaped from Venezuela to Mexico, Mihal's dream was always coming to the Holy Land so on 2017 she decided to make Aliyah by herself with the program Naale which brings jewish teenagers to Israel, she has also won several awards on conflict resolution, awarded by Yale and Oxford University.
Comments