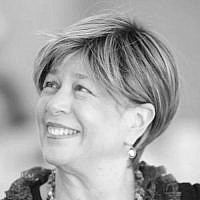 The Blogs
Meira Oved
Apply for a Blog
Advertisement
Please note that the posts on The Blogs are contributed by third parties. The opinions, facts and any media content in them are presented solely by the authors, and neither The Times of Israel nor its partners assume any responsibility for them. Please contact us in case of abuse. In case of abuse,
Report this post.

It is customary for us to believe that all that happens in this world is for the good.  It is our belief, that the Almighty’s hand, though often hidden from our conscious reality, is present in all.  We can only surmise that He has some greater plan for our world which for the time being is unknown to us.  For generations, Jews have concluded, during times of desperation and tragedy, that they were experiencing the beginnings of redemption, and we based such conclusions on our Rabbinical leaders’ interpretations of Biblical Prophecies.  Needless to say, interpretations vary according to the point of view of the interpreter and the time in which the interpreter lives. After all the arguing, they can all agree that ‘It says something, somewhere, about a chicken,’ as Tevye would say.

I’m no more of a maven than anyone else on the subject of Messianic times and final redemption, but I sure know that these claims have been the center of discussion in all nations, all languages and all religions for many generations.  The Corona generation is clearly not the first to claim that THIS IS IT!  So what are we to do? How are we to know? Could it be that we aren’t meant to know?  Maybe clarity is a figment of our imagination.

I find it quite interesting that Purim was being celebrated just when Corona began interfering with life in the State of Israel.  That’s the holiday when nothing is quite what it seems to be.  And the story infers that G-d is hidden in all that happens.  But it is also a story wild with the threat of annihilation of the Jews and how a Jewish queen’s sacrifice turns the tables on everyone.  He who thought himself to be the hero only later finds himself hanging from a tree.  The story teaches us that everything that happens on this earth can be turned upside down and inside out, in a moment, IF the Almighty gets into the game.  It seems He has gotten in to this game in our time, through Corona, which of course, means Crown.

So it is now clearer than ever to most of the world, as to who actually wears the Crown.  It is now clearer than ever to the world that the King exists, despite the impressions of many that He has thrown in the towel.  This is looking more and more like Purim, isn’t it? Especially as we, in Israel, have all just come out of the third attempt to elect a government.  All the King’s horses and certainly all the King’s men, can’t put the Israeli government back together again!  And another try will likely not achieve any better results, even if we could somehow arrange to get out of our houses to vote!  So the Almighty just may have seen what a mess we have made of it all and decided to take over, Himself!

It would be quite presumptuous of us to assume that His return to overt action on this earth would occur only to save our necks. It very well could be that what He desires is a frightening wake up call.  Remember Armageddon? Oh, did Hollywood succeed in convincing you that Armageddon was going to be the mother of all wars between the U.S. and Russia?  Has it never occurred to the producers that it could possibly be a pandemic?  They do often say that one needs to hit rock bottom before one can begin to rebuild properly.  From where I stand, it seems that our world is rapidly progressing to rock bottom.  But then again, I am simply an interpreter caught up in my own time.

I would like to finish this article on a positive note.  I wouldn’t want you to have bad dreams and lose all hope.  That isn’t my job.  I actually don’t have a job anymore, just as many of my compatriots, since the global economy has basically come to a halt!  But seriously, think of this positive thought:  Once this is over, many a lesson will be learned and we will have a golden opportunity to do it right the next time.  That refers to everything, from getting our priorities straight as individuals, as a nation and then as a world, to just remembering, in awe, who taught us the lessons!

About the Author
I am the daughter of Hungarian Holocaust survivors who made it to the shores of the U.S. after losing a large, extended family. They succeeded in building a life for themselves and their child surviving son of 4 yrs. I was born 6 years after their arrival. I grew up in a loving, middle class family. My mother was very expressive and didn't hold back her stories regarding her experiences in the Holocaust. It was from my mother that I believe I inherited my knack for writing. She too, wrote regularly, in English (her 2nd language) in a diary which only became known to me after her death. I began showing an interest in my Jewish roots, in HS and decided to join a 1 yr. program in Israel on a kibbutz after graduation. I fell in love with Israel and upon return to West Coast, met my husband, an Israeli foreign student. At some point, we both became religious, made Aliyah with our 4 children and have lived in Israel for 27 yrs. Our very large extended family reside throughout Israel and our grandchildren are growing up as Israelis, something I am very proud of. I taught English to Native English speakers for over 20 yrs. here in Israel and am now retired.
Comments