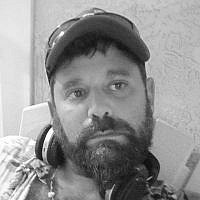 In the wake of the New Zealand massacre I’ve noticed the term “Islamophobic” used to great extent in posts and media.

I contend that the use of “phobias” to describe hatred of Islam and Muslims, like their use in describing hatred of homosexuals with the word “homophobic,” is a politicization of an accepted “mental disorder” and derivatives of “phobias” in order to control thought and speech. Is there a difference between “hatred for” and “fear of” when that fear is illogical and unjustified and seen as an anxiety disorder?

A simple Internet search shows that phobias are recognized disorders. According to Health.gov, “A phobia is a type of anxiety disorder. It is a strong, irrational fear of something that poses little or no actual danger.” Rather than Islamaphobic, perhaps people should accuse one another of hatred of Muslims or Islam. The same would apply for “homophobia.”

Alternately, Wikipedia, the often turned-to site for authority in defining matters, says that “Islamophobia is the fear, hatred of, or prejudice against, the Islamic religion or Muslims generally, especially when seen as a geopolitical force or the source of terrorism.”

This weaponization of language and the way in which it is used is meant to immediately delegitimize a viewpoint that is contrary to an accepted framework, most often in which criticizing any group seen as a people of color or that has suffered historically at the hands of “privileged white society” or “colonial powers,” speech that has been deemed by those in political opposition to it as unacceptable.

The misuse of phobias combined with the accusatory manners in which “That’s Islamophobic!” or “You’re a homophobe!” are often exclaimed, present a danger to freedom of thought and speech, insult those who suffer from phobias and could, in a society of activist justice and legislated limits to speech in the name of tolerance (hate speech, for example), empower the state to require hospitalization or treatment for one whose speech is deemed harmful to society and falls under the category of one or another such phobias.

George Orwell’s 1984 was not fiction but a warning of things to come. The types of societies Orwell described in 1984 and Animal Farm have existed and the manipulation of speech and expression of concept was key in both novels.

Thought control and punishment for speech and thought crimes was common to half the world during the Cold War, until the Iron Curtain fell, before that in Nazi Germany and throughout human history. It is still used today. The use of “phobias” rather than simply accusing someone of “hatred” is an example of this and insults those truly suffering from phobias.

Those who live with phobias and their physical and psychological challenges of anxiety and fear and the physical effects anxiety causes, and who may require medication or therapy to overcome their fears, deserve to be respected and not to see their conditions used for the achievement of controlling political speech or assigning value or identity (primarily the identity of one being a racist or bigot).

Is one speaks to the dangers presented by Islamist ideology, the treatment of women in Muslim countries or believes Islam endorses certain types of violence that person is not necessarily expressing an unjustified and illogical fear. That person may or may not hate Muslims, just as one who believes, on religious grounds, that homosexuals should not be allowed to marry one another, may hold no hatred for gay people but may base their framework for political ideology on faith rather than Constitutional democracy or Marx or Torah or the New Testament or Islam or white supremacy.

Finally, if a society regulates speech in order, it contends, to protect the feelings of what are considered to be marginalized or oppressed minority or religious groups and the state criminalizes certain types of speech accordingly, then one speaking publicly about what he sees as the dangers facing a free society, for example the tolerance of specific religious authorities, published materials or videos that endorse Sharia law in his society, could face a justice system that mandates psychiatric treatment for using “Islamophobic” or “homophobic” speech.

The offender could, in theory, face a judge who, accepting that phobias are evidence of mental disorders, finds the offender in question guilty of violating “hate speech” laws and, presenting symptoms of Islamo- or homophobia, sentence that person to a psychiatric facility until such time as that person is deemed by mental health professionals to be cured of the illness that led to his offense and society can be assured that he will not again repeat his remarks, which could be considered “incitement.”

The court, of course, would have a hand in determining if the offender in question has achieved a level of rehabilitation that is acceptable.

That’s just crazy and paranoid, you say. First, it’s a hypothetical, not paranoia. Secondly, I’m a schizophrenic so you can dismiss it as ramblings if you like. But it’s not paranoid. It’s the expression of free thought consistent with the dangers greats like Orwell expressed long before me.

Orwell warned us of the dangers of thought control and the death of concepts in speech as language becomes a weapon of the regime or those pursuing a certain political agenda.

But I’m a schizophrenic. Most of what I say is dismissed of significance because society has deemed me and those like me to have little if any value in our thoughts and expression. It is assumed we are dangerous and not worthy of consideration in matters of serious thought. That, I could suggest, is schizo-phobic. But I don’t run the Ministry of Truth.

I’m not like the schizophrenic greats who built many of the foundations of our world, but you know who would be considered schizophrenic today? Just ask any psychiatrist. Moses, Jesus and Muhammad would all be considered just as crazy as me and the other loons and put in hospitals. And billions have lived, breathed, fought, governed, killed and died in accordance with their books and how they interpret them. Perhaps we who are marginalized have something to offer.

Rather than politicizing “disorders” like phobias with language we could try to listen and look for meaning in everything.

I’m sure one of those three guys who wrote those religious books had to say something about finding meaning in the hidden or something like that.

But who am I to point out the dangers of thought control? I’m just a schizo who listens. Thought is what my mind is all about, crazy or otherwise.

About the Author
Greg Tepper moved to Israel in 1997, served in the IDF, has a BA in Political Science from the Hebrew University and was a TOI reporter. The Second Intifada left him with PTSD which went untreated and he developed schizoaffective disorder.
Related Topics
Related Posts
Greg Tepper
Comments