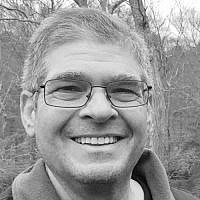 Seder this year will be just the 3 of us rather than our usual crowd of 20 – 30 children, grandchildren, extended family and friends.

I was thinking that this has to be my smallest seder ever…and then I remembered Pesach thirty seven years ago (1983) , when I was a young 24 year old and had seder with my friend David Schwartz – just the 2 of us – in a hotel room in Tashkent, the capital of Uzbekistan, in what was then the Soviet Union.

We had been sent to the USSR for Pesach by the State of Israel to bring encouragement and support to the “refuseniks”- those Jews whose application to leave the Soviet Union to Israel had been refused by the Communist authorities. Soviet repression prevented them from leaving on the one hand and at the same time prevented them from living free Jewish lives in the USSR. As we used to chant at the Soviet Jewry rallies “Let them leave or let them live (as Jews)!”

Back in the 1980s, Israelis could not enter the Soviet Union so Jews from the USA and Western Europe – especially Zionist youth movement leaders – were recruited for these missions. We were given 4 main tasks:

Our itinerary took us to Moscow and then to the Jewish communities in Soviet Asia: Samarkand Tashkent and Bukhara in Uzbekistan and Frunze (Bishkek) in Kyrgyzstan. We met many incredibly brave Jews asserting their Jewish identity in the face of unrelenting Soviet persecution, and we had lots of “adventures” including  being followed by KGB types, being called in for questioning by Soviet authorities, having some of our belongings confiscated etc etc. We were after all, two cocky and somewhat foolish young Americans abroad-but those are stories for another day.

We were scheduled to be in Tashkent for Seder night and the first day of Pesach and one of our most important missions was to get ourselves invited to a home for Seder. Home settings were the most conducive environments to accomplishing our goals.

On Pesach eve we first went to the small Ashkenazi synagogue (very depressing, about 15 older men) and then to the Bukharian synagogue which was packed with over 100 men of all ages (including 2 children which was a rare site to see at a synagogue in the USSR). We were greeted warmly at both synagogues, and treated like honored guests. Everyone wanted to talk to us and shake our hands. We were sure that we’d be having Seder with one of the local families. After all, inviting guests to Seder is a time honored Jewish tradition and here we were being feted and honored. But at the end of the prayer services the unthinkable happened – nobody invited us home for Seder!

A few of the community leaders seemed about to invite us and then stopped themselves. So finally we asked – why were we not being invited? And then the devastating answer. With tears in his eyes, the president of the congregation explained that they were afraid – they had been warned by the Soviet authorities not to invite any foreigners to their homes for the holiday.

So…we went back to our hotel room where we had prepared a rudimentary seder “just in case”. The two of us had our private little seder by the light of the streetlights through our window. In houses and apartments in the streets all around us, Jewish families were gathering to celebrate together – but we could not join them. We were forcibly separated from them and needed to celebrate in isolation. (Of course, we sang as loudly as we could in our small act of defiance against those whom we assumed were listening in on us…)

Thirty-seven years ago, the evil Soviet authorities forced us to have a Seder in isolation. This year, the corona virus pandemic is forcing all of us worldwide to celebrate Pesach in isolation. But just as David & I celebrated alone 37 years ago in Tashkent, and just as countless Jews had to celebrate in secret and in isolation during other dark times in our long history as a people, so we will all celebrate this year – as singles, couples and small families – and dream, hope and pray of better days to come.

Hag Sameach – a Happy Pesach – to all.

About the Author
Daniel Ehrlich is the Educational Director at Keshet: Educational Journeys In the USA he was the founding director of the Tehilla Aliyah Movement a Director of Yeshiva University’s Communal Services Division and Executive Director of the Bnei Akiva Religious Zionist Youth Movement After making Aliyah in 1996 with his wife Batya and their three children, he worked for the Chief Rabbinate of Israel as Coordinator of Diaspora Affairs, was the Program Director for the Coalition for Missing Israeli Soldiers, served as Editor of the Rabbi Amiel Publications Project of the Religious Zionists of America and was a regional coordinator for Christian Friends of Israeli Communities. He also served as the high holiday Cantor of the Ashkenazi Jewish community of Curacao (Netherlands Antilles) for nearly 20 years. Mr. Ehrlich earned Masters Degrees from Yeshiva University in Community Social Work and in Jewish History and is a graduate of the Israeli Ministry of Tourism Tour Guides Course. His special areas of expertise include the development of early Christianity, Christian-Jewish relations, Holocaust Education and Contemporary Jewish and Israeli Identity.He has served as “Israel Educator” for a wide variety of Jewish, Interfaith and Christian groups. Mr. Ehrlich is the Director of Keshet’s Jewish Roots Journeys to Europe. He has been a scholar in residence and guest lecturer at churches and synagogues in the United Sates, Canada and Israel.
Related Topics
Related Posts
Danny Ehrlich
Comments