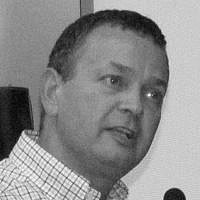 The Blogs
Stuart Ballan
Apply for a Blog
Advertisement
Please note that the posts on The Blogs are contributed by third parties. The opinions, facts and any media content in them are presented solely by the authors, and neither The Times of Israel nor its partners assume any responsibility for them. Please contact us in case of abuse. In case of abuse,
Report this post.

With hundreds of charitable events taking place around the world every day, I didn’t think I’d have either the need, nor the passion, to write about just one.

Yet, when someone posts a badly researched (TOI) blog article; calls for a boycott that could reduce the amount the needy have to eat; tries to damage the reputation and activities of a flagship volunteer group; refers on his own FB page to comments made to his own article as “the wave of bile that has accumulated on the comments section of my article“; and via his own comment to the same article, chose to link to a photo that just happened to include a “Convert To Islam Now” advert, my fingers yearned for my keyboard.

The recent Gaza war triggered mass anti-Semitism around the world, and was the catalyst for the founding and growth of what became the North West Friends Of Israel (NWFOI). Founded in July this year by a small team of Manchester volunteers, the group has grown to over 3,250 members, has “sister” groups throughout the UK, who have together moved mountains, in order to advocate for Israel, combat BDS and fight anti-Semitism.

By working at the highest level with the police and community, NWFOI crushed attempts to have a Manchester shop boycotted, and therefore closed down, just for “the crime” of selling Israeli Dead Sea products. NWFOI not only saved Kedem from closure, but also recalibrated the expectations and activities of those who were so hell bent on discriminating against genuine, simple, UK companies, just because of what they sold.

With anti-Semitic rallies springing up around the world, NWFOI organised a national Rally against anti-Semitism, with thousands attending, and many more watching live, online, globally.

IsrACTIONday, NWFOI’s next event, in partnership with similar FOI groups (Sussex, Liverpool, Irish and more), and which triggered the article mentioned above, is really simple. It encourages individuals and families to support non-Jewish and Jewish homeless shelters and food banks and at a time of year where “giving” and “charity” extends far beyond Chanukah.

Back to basics. Identify and create a list of what food people need, (long shelf life products, including pasta, pasta sauces, tins of soup, pot noodles, baked beans, tinned spaghetti, tinned vegetables, crackers, packaged cake, honey, jam, etc), publish it, and ask the public to donate items on that list on 21st December, delivering them to multiple collection points around the country.

Yes, consistent with the “Friends of Israel” culture, they are asking for Israeli goods. Should we be shocked? Or surprised?  Or critical? Err, hello?

If it’s good enough for Sainsbury’s, Tesco and Morrisons …..

This food is destined for the hungry.  Ever been hungry?  If so, you’d probably agree that “made in Israel” is unlikely to be a deterrent.  And if you disagree, believing that politics would win over your childrens’ stomachs, if the label on the tin said “made in a Labour held town”, and you voted “Conservative”, (or visa versa), would you decline the offer to half fill your cupboard?  To fill your stomach?

It’s beyond me that the said damaging article referred to IsrACTIONday as “political point scoring”, beyond me that it went on and on about Maimonides in order to explain charity, and quite sickening that it urged the reader to boycott IsrACTIONday.

It seems I’m not alone in my support for IsrACTIONday. Sainsbury’s, Tesco and Morrisons are all actively supporting it by either allowing promotional signs to be posted in their stores, and/or stocking up on Israeli goods. They asked the questions, and were clearly satisfied with the answers.

In turn, these British giants are expected to help trigger thousands of Brits (Yes, this is about Brits, not Jews), to help feed the hungry on 21st December, giving some a happier Chanukah and others a much merrier Christmas.

“We’re born with 2 ears and 1 mouth, so use them in that proportion”

“Nobody, as far as I am aware, has bothered to ask the food banks what they need.”, stated the offensive, inaccurate article, that fuelled this article.

Well, that’s just it.  If the author would have bothered to ask NWFOI if they’d asked the food banks what they need; a one line email; a one minute phone call, he would have learned they have, and know exactly what the needy need.

How seriously can an article be taken when its author states “as far as I am aware”?

It’s just a different way of saying “I admit I don’t know, but I’m going to write about it anyway”?

If you’d have just asked, you’d have been blessed with new food for thought that should have negated your hunger to attack IsrACTIONday.

If you’d have just asked, you probably wouldn’t have called for a boycott on IsrACTIONday, and wouldn’t now have to bear the burden of stealing food from the stomachs of the hungry.

I found your open, blatant attempt to connect NWFOI with a political agenda somewhere between outrageous, naive, and amusing, given in your article, you explicitly tried to score your own political points by connecting Friends of Israel to “Friends of Bibi groups”.

It took just one click on your name in the “comments” section of your article to enable me to settle my curiosity as to what sort of guy might be behind such a badly researched, inaccurate, offensive, damaging and politically motivated article.  And then I understood.

When an author refers to his readers’ comments as the “wave of bile”, something has gone drastically wrong

Then I “met a guy” who posted his article on his FB page, referring to IsrACTIONday as “smug malevolence”, and I understood.

Anyone, with “journalist privileges”, who can abuse his readers’ comments to his own article by referring to them as “the wave of bile”, and needs to appeal to his FB friends for positive comments, reminds me of a story …

A journalist was interviewing a grinning guy who was half way down, having just jumped off a cliff.  “So how are you?“, asked the journalist.  “So far, so good”.

Gabriel, today, 5 days after you posted your article, your appeal for support remains with just one “like”, and didn’t generate a single, new, supportive comment to your article.

That’s as close as it gets to being alone.

When over 60 comments to an article are heavily critical of it, and none support it, there’s definitely a hint of an “own goal”.

Gabriel Webber’s article, “IsrACTIONday: Let them eat Bamba“, was such an own goal.

Because in the real world, IsrACTIONday is not about the Bamba.