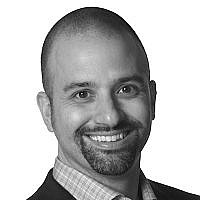 The Blogs
Baruch HaLevi
The Jewish values behind Entrepreneurism, Innovation & Technology
Apply for a Blog
Advertisement
Please note that the posts on The Blogs are contributed by third parties. The opinions, facts and any media content in them are presented solely by the authors, and neither The Times of Israel nor its partners assume any responsibility for them. Please contact us in case of abuse. In case of abuse,
Report this post. 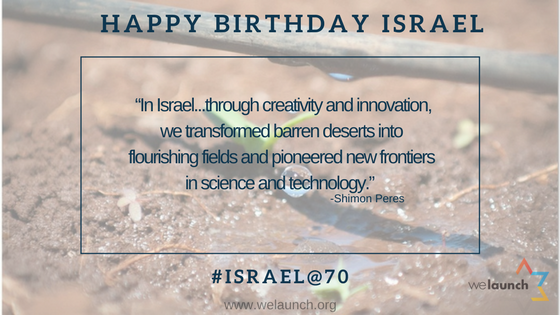 It’s not luck or coincidence that some regions become flourishing business communities in a particular sector. Detroit is known for automotive expertise, Silicon Valley for tech, Hartford for Insurance, Switzerland for watches, Germany for engineering.

Take a look at Israel, a country that’s celebrating its 70th anniversary this year, is the size of New Jersey and has a population of 8.5 million. Israel has more than 5,000 startups, averaging 640 new startups per year dating back to 1999 – the greatest concentration of high tech companies outside Silicon valley, according to the Bank of Israel. More impressive: since 2008, a majority of those startups are still in business. In fact, since 2012, Israel has the third most companies trading on the Nasdaq stock exchange, behind only the U.S. and China.

Uniquely, Israel has become a world leader in a range of sectors, including ag-tech, water-tech, bio-tech, med-tech, clean-tech, fin-tech, cyber security, energy (including electricity and solar power) — technologies that have a global impact.

Based on my experience in Israel, I think there are a number of lessons to be learned from the country nicknamed “Start-up Nation” that could be applied to any country or region looking to stimulate innovation, cultivate its startup ecosystem, grow its economy and become known for its unique market and industry strengths, influence and impact.

In the words of the late Prime Minister, Shimon Peres, “In Israel, a land lacking in natural resources, we learned to appreciate our greatest national advantage: our minds. Through creativity and innovation, we transformed barren deserts into flourishing fields and pioneered new frontiers in science and technology.”

As Israel celebrates its 70th birthday, we can and should learn many lessons from this remarkable country, not the least of which is how this nation, against all odds, has had the chutzpah to not merely survive, but to thrive. Every country, every region, and frankly every single one of us, no matter what type of challenges we are facing, or resources we might be lacking, would be well served to heed Israel’s example. The pathway to transform barren deserts into flourishing fields begins with creativity, evolves with innovation and is sustained with scientific and technological advancements. It is truly possible to foster such ecosystems, and Israel can help teach us how to pioneer these new frontiers.

For more information visit www.welaunch.org or email Baruch at Baruch@welaunch.org.

About the Author
Rabbi Dr. Baruch HaLevi is the former rabbi of Congregation Shirat Hayam in Swampscott and the CEO and co-founder of welaunch, a U.S.-based non-profit introducing Israeli technology start-ups to corporations, investors and research partners as a platform for economic development, Jewish community engagement and Israel innovation education. www.welaunch.org His most recent initiative, Tech-un Olam explores the role of Jewish values, texts, traditions and history in the rise of the Start-up Nation and entrepreneurism, innovation and technology. You can learn more at www.tech-unolam.org
Related Topics
Related Posts
Baruch HaLevi
Comments