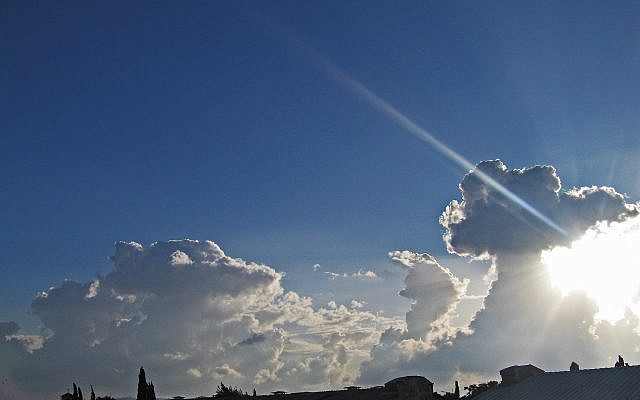 A beam of light in Israel. Photo by Carrie Hart

World leaders, royals, heads of state and their delegations, visited Israel for the fifth World Holocaust Forum, Thursday, January 23, 2020, marking International Holocaust Remembrance Day. Stated as the largest gathering of global leaders in Israel’s modern history, it was also titled, “Remembering the Holocaust: Fighting Antisemitism”, and “The Commemoration of the 75th Liberation of Auschwitz-Birkenau.”

The delegates participated in an elegant state dinner for 250 people on Wednesday night at Israeli President Reuven Rivlin’s residence. Rivlin shared his hopes and dreams with his guests.

“This is an historic gathering not only for Israel and the Jewish People, but for all humanity. This evening as we remember the victims of the Holocaust, and WWII, we also mark the victory of freedom and human dignity… The future lies in the choice we make together as countries and nations. I hope and pray that from this room, the message will go out to every country on earth that the leaders of the world will stand united together, in the fight against racism, anti-Semitism, and extremism… This is the call of our time. This is our challenge. This is our choice.”

Netanyahu shared parts of his speech in Hebrew and parts in English, addressing both Israelis and internationals.

“Today, we have a voice, we have a land, and we have a shield. Today, our voice is heard in the White House and in the Kremlin; in the halls of the United Nations, and in the American Congress; in London, Paris, and Berlin; and, in countless capitals around the world, many of them represented here by you. Today, we have a land – our ancient homeland, which we brought back to life; to which we in-gathered the exiles of our people; and, in which we built an advanced and powerful state. And, today, we have a shield, and what a shield it is! Time after time, the strength of our arms, the courage of our soldiers, and the spirit of our people have prevailed against those who sought to destroy us.”

Moshe Kantor, President of the European Jewish Congress and founder of the World Holocaust Forum had this to say at the event: “Today, communities hide beyond high fences and thick security doors. More than 80% of Jews feel unsafe in Europe. Almost 40% are considering leaving Europe entirely.”

While there was not a specific document released from the event, nor signatories to show a united effort among the more than 40 world leaders visiting Israel, there was an eagerness to crack down on the current plague of global anti-Semitism. And, there were meetings taking place behind the scenes in an effort to find a common bond to stop the hatred of Jews and Israel throughout the world.

A common thread throughout the week of gatherings was paying tribute to Holocaust Survivors. This writer attended a meeting with first and second generation survivors from the former Yugoslavia. North Macedonia’s President Prof. Dr. Stevo Pendarovski hosted that gathering. According to Pendarovski, “We must never forget and never allow for a horrible event like the Holocaust to happen again.”

Pendarovski recalled the past tragedies of Jews living in his nation and of others in the region. On March 11, 1943, more than 7,000 North Macedonian Jews were rounded up and eventually sent to the death camp, Treblinka.

About 98% of North Macedonia’s Jews lost their lives. Today, only 200 Jews live in the country, including 30 families. There are 10 Righteous Among the Nations who are North Macedonian citizens that have been honored by Yad Vashem for helping to save Jews during the Holocaust.

Pendarovski expressed his feelings to this writer about coming to the World Holocaust Forum in Jerusalem. “This event is very important, from the standpoint of each nation participating. I can speak of my country North Macedonia. We have the national day of Holocaust remembrance each year. But, it’s good to have a global day of remembering the Holocaust. In my view it’s not enough to fight new forms of Fascism, Nazism, and anti-Semitism, and hatred of every kind, only on a national level; because, this is a global challenge, and all of us should respond globally.”

Pendarovski said the fight is not over yet, and it is incorrect if some people say it is a thing of the past, happening 75 years ago, and it is not going to happen again. “It’s happening, unfortunately, still in some corners of the world. Maybe under a different disguise and different form, but the essence is the same.”

Pendarovski added, “In North Macedonia we are really proud of our history of helping the Jewish People in their times of grief.”

Five presidents from the Balkans region visited Israel for the Holocaust events this week — the first time together in Jerusalem — including North Macedonia, Montenegro, Albania, Serbia and Bosnia-Herzegovina.

I met with Milo Dukanovic, President of Montenegro. He expressed his appreciation for the invitation to be at the events in Jerusalem. “I am very grateful for the state of Israel for organizing the World Holocaust Forum, and for the invitation to participate. I think we all have the strong moral duty to cherish the memory of the victims of the Holocaust. And, that obligation gets even stronger, because lately we witnessed the awakening of anti-Semitism on a global level.”

Today, as persecution increases in Europe, Israeli officials on many occasions have encouraged Jews to immigrate to their homeland, Israel. But, so far, it appears that only approximately 3% of European Jews have left, and not all came to Israel. Perhaps, the reluctance on the part of European governments to suggest Aliyah, as an option for their Jewish citizens, has kept them from considering immigration to the Jewish state. Providing armed guards and 24 hour security surveillance of Jewish institutions and synagogues in Europe has given the Jews some sense of security. But, how successful will that be as persecution increases, not just in Europe, but throughout the world?

As global leaders packed their bags for their return home on Friday, Israelis were relieved to be getting back to normal life in Jerusalem. Some of them were already questioning how effective the events of the week would be in touching the hearts of those government officials who could make life more tolerable for their Jewish citizens. Cracking down even harder on those committing hate crimes would be a first start. And, stopping the vitriolic anti-Zionist rhetoric in their nations, through stronger laws and educational initiatives, would go a long ways towards better ties between those nations and Israel.

(This is part 1 of a 2 part series. Part 2 includes interviews with two Holocaust Survivors who told their stories during this historic week of Holocaust remembrance events). 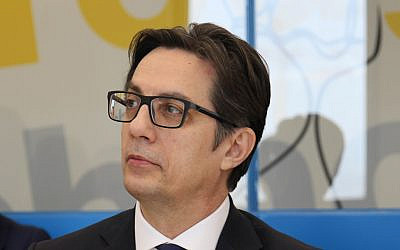 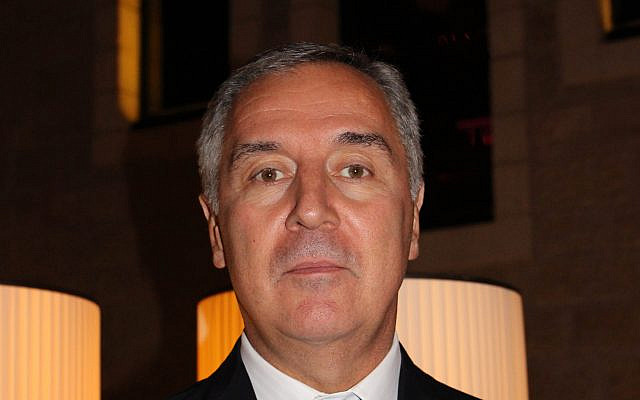 Milo Dukanovic, President of Montenegro
Photo by Carrie Hart
About the Author
Carrie Hart is a news analyst reporting on political, diplomatic, military and social issues as they relate to Israel, the Middle East, and the international community.
Related Topics
Related Posts
Comments