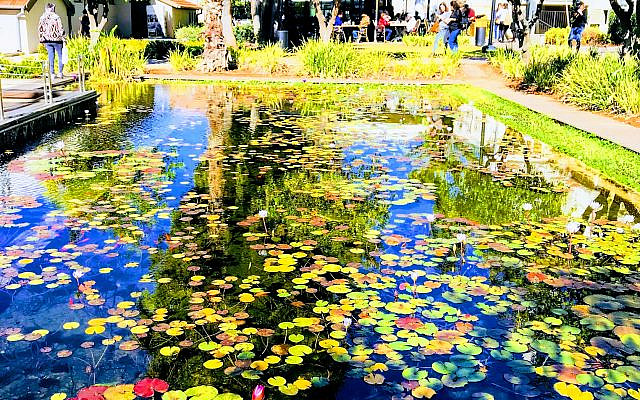 What a difference 73 years of the State of Israel makes! While the anti-Semites and anti-Zionists out there like to call us occupiers, colonizers, and an Apartheid state, it couldn’t be any further from the truth. The Jews are indigenous to Israel for four thousand years, and it is the Promised Land by G-d to our forefathers: Abraham, Isaac, and Jacob. Moreover, Israel is a free and democratic nation driven to equality and progress, and with outstanding opportunity for all that are able to live peacefully together.

From a historical perspective, it is absolutely clear that after the Jewish people had been forcibly expelled by the Romans in the year 134, Israel fell into a state of wasteland and utter desolation. Robert Spencer in the book, The Palestinian Delusion, notes numerous travelers over a period of hundreds of years who recorded similarly, including Henry Maundrell, Thomas Shaw, Count Constantine Francois Volney, James Silk Buckingham, Henry Burgess Whitaker Churton, Reverend Arthur G.H. Hollingsworth, Henry Baker Tristram, and even the famous author, Mark Twain, who as an example, wrote in The Innocents Abroad (1869):

Palestine sits in sackcloth and ashes. Over it broods the spell of a curse that has withered its fields and fettered it energies. Where Sodom and Gomorrah reared their domes and towers, that solemn sea now floods the plain, in whose bitter waters no living thing exists—over whose waveless surface the blistering air hands motionless and dead—about whose borders nothing grows but weeds, and scattering tufts of cane, and that treacherous fruit that promises refreshment to parching lips, but turns to ashes at the touch…Palestine is desolate and unlovely. And why should it be otherwise? Can the curse of the Deity beautify a land? Palestine is no more of this work-day world. It is sacred to poetry and tradition—it is a dream-land.

Contrast what Mark Twain and the others saw for hundreds of years in terms of the ruin, decline, and depopulation of the so-called “Palestine” (as named by the Romans “Syria Palaestina” to delegitimize the Jews from their promised homeland) with what Israel is today, and it is nothing short of a truly miraculous transformation back to its essence as the Garden of Eden.

Today in Israel, the desert blooms, and Israel is not only an agricultural powerhouse but a world renown expert on irrigation and water desalinization. Further, the cities—From Jerusalem to Tel Aviv, from Haifa to Be’er Sheva, and across the glorious expanses of Judea and Samaria, the Galilee, the Golan, and the Negev—the cities are teeming with people, life, skyscrapers, high-tech jobs, innovation, medicine, science, and culture. Every rock and even the dust of the earth is filled with G-d’s holiness and spirituality from the Kotel in the Old City of Jerusalem to the Caves of the Patriarchs in Hebron, from the mystical city of Kabbalah in Tzfat to ultra-orthodox neighborhoods and Torah learning from Mea She’arim to Bnei Brak. Moreover, there are schools and universities galore, first-class hospitals, cafes and museums, restaurants and shows, nature and art fill the country. And of course, the Israel Defense Forces, the most-moral fighting force in the world, along with Israel’s intelligence agencies and national security service, bravely defending the democratic nation and people of Israel.

We have so much to be proud of in Israel as well as to be grateful to G-d Almighty for redeeming us and gathering us from the four corners of the earth to return to the Promised Holy Land and to make it alive and flourish once again. The Torah, the State of Israel, and the People of Israel when united under G-d are blessed indeed. May Hashem continue to bestow His graciousness and mercy on Israel and to make us a “light unto the nations” with peace and good for all.