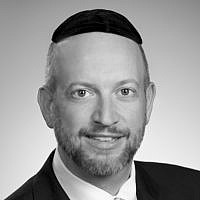 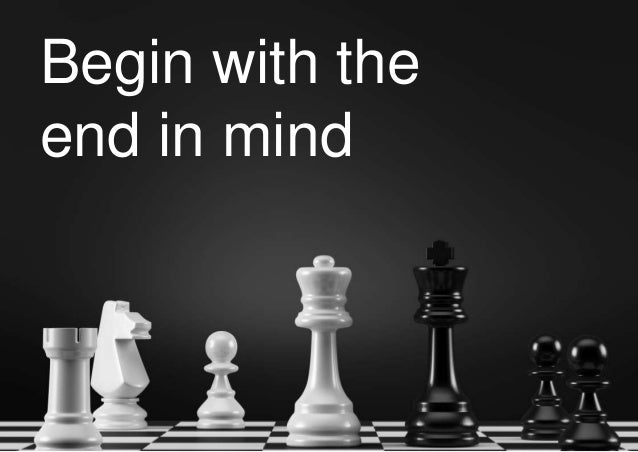 The second of Stephen Covey’s highly acclaimed “7 Habits of Highly Effective People” is to “begin with the end in mind.”   In explaining this habit, Dr. Covey invites us to visualize our own funerals and carefully consider how we would like to be remembered and described by our family, friends, and community. When we have formulated an answer to that question and begin with the end, we will have a vision for how to conduct ourselves, make the choices, and live the life that will indeed earn and elicit the eulogy we aspired to.

Covey’s advice about how to live our lives on the whole strikes me as critical advice. Without referencing Covey, my father taught me an invaluable lesson early on in my career that I think about almost every day. Most people walk into a meeting or enter a conversation with a general idea of the subject or agenda, but give very little thought as to what they hope to accomplish or the most effective strategy to achieve that goal.

To be effective and successful, my father taught me, before every meeting you walk into and every professional (and even personal) conversation you enter, take a moment to determine what you are trying to achieve, what is your desired outcome, and what is the best way to achieve that result. For example, he said, when you are out on a date and discussing some subject, telling your date that her position is wrong and relentlessly arguing why your position is right, may allow you to win the argument, but is unlikely to allow you to win the girl. What is the more important outcome for you?

Clearly, knowing what is really important allows you to keep your eye on the ball, execute the strategy effectively, and remain focused throughout, no matter any distractions or diversions. Achieving the goal will sometimes mean swallowing pride, overlooking slights and poor conduct, or reluctantly making a concession or compromise. However, if, in Covey’s language, you always begin with the end in mind, you will be mindful to do everything to achieve the desired end.

While Covey’s and my father’s advice may seem obvious for achieving success, occasionally people seem to put a greater premium on “being right” than on “being effective.” They seem more focused on taking a stand, making a statement, lodging a protest, or articulating an objection than they are on using the power of persuasion to change minds and behavior, or influence policy and practice.

The difference between “being right” and “being effective” has been glaringly evident of late in some of the debates raging in the Jewish community. For example, regarding Israel advocacy, some believe in the importance of issuing strong public statements and condemnations without regard for the continued need for the future support and votes of the very elected officials being targeted. In contrast, others, while equally disappointed in the votes of certain elected officials, recognize that Israel continues to require the support of these same individuals who will almost certainly remain in office and whose future votes matter. Remaining focused on the ends of achieving that long-term support for Israel, they take a much more nuanced and moderate approach to reacting and interacting with those in elected office.

Similarly, when it comes to the question of the boundaries of Orthodoxy and the limits of religious innovation, much effort has been made of late to “be right” using rhetoric, statements, and resolutions. Those advancing such efforts may feel they have won the argument, but have they won the hearts and minds of the silent majority who are still formulating their feelings towards these issues and see  non – nuanced declarations as unconvincing and often offensive?

I sympathize with those who feel compelled to take a stand or make a statement objecting to what they perceive as non-halachic and corrosive behavior and practices. After all, we have a biblical obligation of tochecha (Vayikra 19:19), a mandate to rebuke and constructively criticize others when they have gone astray or are misbehaving. The Rambam (Hilchos Deios 6:7) says, “If someone sees his friend sinning or following an undesirable path, it is a mitzvah to return him to the proper path.” The Talmud (Shabbos 54b) tells us, “Whoever could have protested and prevented a violation and made no protest will be punished for that violation.”

These halachic injunctions would seem to encourage making a mecha’ah, lodging a protest when necessary. And yet, our rabbis did not encourage unconditional tochecha, rebuke. They added the following important caveat (Yevamos 65b): “Just as it is a mitzvah for a person to say something that will be listened to, so to is it a mitzvah for a person to refrain from saying that which will not be listened to.” In essence, our rabbis felt that it was not enough to be right; one also has to be effective.

It seems to me that if you look around, just “being right” is not compelling enough to necessarily be listened to. Not only is much of the rhetoric not swaying opinions, moving the needle, or persuading anyone to change their mind, it seems it is being counterproductive. Our rabbis insist that divrei chachamim b’nachas nishma’in. The words of the wise are most likely to be heard when communicated pleasantly.

Wherever we stand on any particular issue, whether in marriage, at work, on behalf of Israel, or in communal life, we need to begin with the end in mind. We must fashion a strategy that includes an effort to persuade, rather than to just protest; to educate, rather than to indoctrinate; and to always remain civil, not just to be correct.

Granted, “being effective” is much more difficult and challenging than just “being right.” However, if one is truly confident that they are right, they should be willing and able to develop a strategy to also be effective.

*Rabbi Efrem Goldberg is a member of the Executive Committee of the RCA, though these thoughts are strictly his own and do not represent the organization.