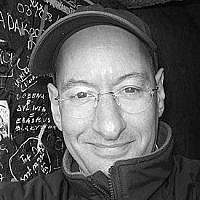 The Blogs
Neal Aponte
Apply for a Blog
Advertisement
Please note that the posts on The Blogs are contributed by third parties. The opinions, facts and any media content in them are presented solely by the authors, and neither The Times of Israel nor its partners assume any responsibility for them. Please contact us in case of abuse. In case of abuse,
Report this post.

Hear these words by Martin Buber:

You cannot find redemption until you see the flaws in your own soul, and try to efface them. Nor can a people be redeemed until it sees the flaws in its soul and tries to efface them. But whether it be an individual or a people, whoever shuts out the realization of his flaws is shutting out redemption. We can be redeemed only to the extent to which we see ourselves.”

For those who love and cherish Israel as a Jewish homeland, the horrific acts of violence recently suffered by a Palestinian family on the West Bank and participants at a gay pride event in Jerusalem, the many acts of violence perpetrated by “price tag” terrorists, the vitriol of prominent Israeli officials, the evidence of intolerance towards various groups by the ultra Orthodox community and the political right, and the reticence of the American Jewish community to directly criticize Israel, are of great concern, compelling us to understand the Israeli political landscape as clearly as possible.

Some commentators have employed military metaphors to explain the recent violence, suggesting Israel is at war with or under attack by Jewish extremists. We prefer another metaphor, one suggesting the presence of a serious illness. There is a cancer afflicting Israel, a disease that endangers its quality of life more than any extremist living in Gaza, Lebanon or Iran. An initial warning bell sounded some 20 years ago with the assassination of Yitzhak Rabin. It was Israel’s Gandhi moment. Just as a Hindu nationalist murdered India’s founder for allowing the creation of Pakistan, a Jewish terrorist murdered Rabin because it was feared he would pursue peace and endorse the emergence of a Palestinian state.

And the warning bell continues to sound with the many acts of terrorism perpetrated by the “price tag” movement during the last several years. While it is important to condemn their violence, we must also account for the political climate that breeds extremism. Israel responds swiftly when Palestinians commit atrocities, yet sputters when the terrorists are Jewish, thereby providing a tacit green light for the violence to continue.

Moreover, right-wing politicians remain trapped in a fundamental contradiction, they deplore the violence like everyone else, but adhere to the underlying belief that incites Jewish terrorism; namely, all West Bank settlements are legitimate and must be protected. This shared agenda with the political right surely helps explain why extremists have not been vigorously prosecuted. Also, it leaves a larger question unanswered: how does governmental approval of West Bank settlements, now housing over 350,000 Israelis, affect the viability of a two state solution?

But the disease corroding Israel’s political culture does not merely stem from the behavior of a radical fringe or from intolerant comments and behavior towards gays, women, Israeli Arabs or those on the political left, although these remain quite worrisome. The ominous turn derives from the complacency of Israeli citizens, surrounded by a wall and shielded by an Iron Dome that affords an illusion of safety and security and removes all sense of urgency to make peace with Palestinian partners. A prominent symptom of the disease involves accepting the status quo as a good enough solution, when it merely guarantees future bloodshed and loss of life on both sides.

Another symptom of the problem is that no one has the requisite national support to talk with the Palestinians. In fact, any statement on behalf of pursuing peace evokes skepticism, even suspicion that one is allied with Israel’s enemies. The governing coalition assures everyone they are ready to negotiate, but there is no viable partner on the other side. Yet another symptom of Israel’s toxic political climate is that many accept this view.

The inconvenient reality is that Netanyahu does not want to pursue peace, he wants the other side to capitulate. It is also why he vehemently opposes the Iran nuclear deal. He believes anything short of wholesale surrender by the other side threatens Israel. Sadly, Bibi’s intransigence, his view that Israel should get everything it wants, while the other side gets little or nothing in return, represents the dire existential threat he attributes to Israel’s adversaries. His stance expresses the view of someone wary of serious dialogue and dooms any realistic prospect for peace.

Bibi’s refusal to negotiate, coupled with the fact that no one appears capable of mounting a serious challenge to his position, means that a new generation will come of age in Israel and Palestine knowing only an uneasy truce shattered by periodic conflict. Parents and grandparents will lose sons and daughters, grandsons and granddaughters needlessly, because no one has the courage to secure a lasting peace.

And we will have the same debate a year from now, five years from now, ten years from now, even fifty years from now, having moved no closer to a durable solution. It will be a national and regional calamity for Israel and its Palestinian neighbors and an international nightmare, producing a tragic outcome that will be dreadful to witness. And for the Jewish people who waited two millennia to reestablish their homeland, the flaws in our collective soul, an inability to see clearly and to name what endangers Israel’s political culture, will prevent us from experiencing redemption, having a vibrant, democratic Jewish state that enjoys peaceful and secure borders recognized and accepted by everyone.

About the Author
Neal Aponte PhD is a licensed clinical psychologist in private practice. With a doctorate in clinical psychology and a master's degree in sociology, he has a longstanding interest in understanding how the social, economic, political, cultural and psychological aspects of human life intersect. His blog, Delanoblog, presents innovative ideas about the salient political, social and cultural issues of our time.
Related Topics
Related Posts
Comments