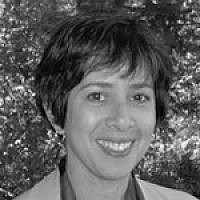 The Blogs
Shoshana Bryen
Apply for a Blog
Please note that the posts on The Blogs are contributed by third parties. The opinions, facts and any media content in them are presented solely by the authors, and neither The Times of Israel nor its partners assume any responsibility for them. Please contact us in case of abuse. In case of abuse,
Report this post.

Sunday marks 35 years since 66 Vietnamese refugees, fleeing the communist takeover of their homeland on a small, leaky boat, found deliverance. They were without food and water, and ships from Panama, Norway and Japan had ignored their distress signals (violating the most basic rule of the sea). They despaired of rescue.

Captain Meir Tadmor of the Israeli cargo ship Yuvali was on his way to Japan when he saw them on 10 June 1977. The Yuvali’s Chief Engineer wrote the following late last year:

I was there. In South China Sea, close to Vietnamese coast, we met small fishing boat, few people on the deck, asking for food and water. We stop ship, and first wanted to give them as they asking: food and water, but than come on the deck a woman with small baby in the hands, and told us that they are Vietnamese refugees. That is when we decided to take all on board… Their leader was the only one to talk English, very nice person, he was with family – wife, child, wife’s sister and parents. We took care of them, give them proper food and accommodation (sic).

After receiving permission from the Israeli government to find them refuge, Capt. Tadmor made an unscheduled stop in Hong Kong, which refused to allow the ship to dock. He sailed on to Taiwan, where the refugees were refused because they had no citizenship.

That would be fixed.

In his first official act, newly elected Israeli Prime Minister Menachem Begin made the Vietnamese citizens of Israel. The Taiwan government then allowed the former refugees to enter the country, receive assistance and be taken to the airport for their trip to Israel, the first of nearly 300 Vietnamese refugees to find safe harbor there.

At the ceremony to welcome them, Israeli Minister of Immigrant Absorption David Levy chastised those who had ignored the leaky, dangerous boats and ignored their hungry, sick and desperate passengers:

Let them do as we have. May they lend a hand to save women and children who are in the heart of the sea without a homeland, and lead them to safe shores.

Israel understood boat people because Jews in living memory had been boat people.

We never have forgotten the boat with 900 Jews, the St. Louis, having left Germany in the last weeks before the Second World War… traveling from harbor to harbor, from country to country, crying out for refuge. They were refused… Therefore it was natural… to give those people a haven in the Land of Israel.

There was the St. Louis, and there were other boats.

More than 100,000 Jews tried to reach Palestine by sea between 1934 and 1948 on 120 ships making 142 voyages. Only a few thousand made it to Israel that way. More than 1,600 drowned. More than 1,000 were killed on the SS Struma (768 dead, one survivor) and the Mefkura (345 dead, five survivors), both sunk by Soviet torpedoes. The British interned as many as 50,000 in Cyprus, or back in Germany, including the passengers of the Exodus in 1947. The Hannah Senesh docked; the Enzo Sereni didn’t. The Salvador and the Europa were wrecked in storms.

(For those rolling their eyes on behalf of stateless Palestinian refugees: It is precisely the Jewish experience with statelessness that impels Israel to continue to seek a mechanism by which Palestinians can achieve the state the Arab states declined on their behalf in 1948 – without losing the State of Israel.)

Some of the Vietnamese left Israel, looking for a more familiar culture (and seeking Vietnamese spouses for their children), but others stayed.  You can see the story of Hanmoi Nguyen, who remained in Israel, and his five daughters in the film “The Journey of Vaan Nguyen.”

The Yuvali’s Chief Engineer left his e-mail on his blog post so the Vietnamese could contact him, saying, “I do believe that they all remember me.”

No doubt they do.

About the Author
Shoshana Bryen is Senior Director of The Jewish Policy Center. She was formerly Senior Director for Security Policy at JINSA and author of JINSA Reports (1995-2011).
Comments