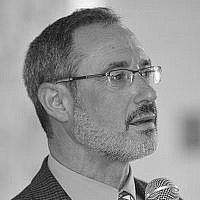 The Blogs
Alan Schneider
Apply for a Blog
Please note that the posts on The Blogs are contributed by third parties. The opinions, facts and any media content in them are presented solely by the authors, and neither The Times of Israel nor its partners assume any responsibility for them. Please contact us in case of abuse. In case of abuse,
Report this post. 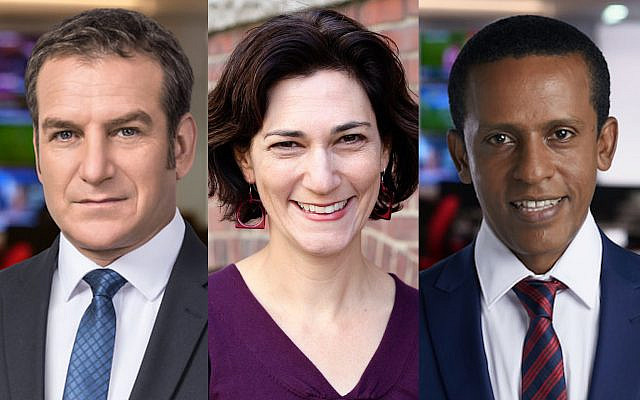 When we held our first event to recognize excellence in Diaspora reportage in the Israeli media 28 years ago, little could I have predicted that this program would become one of our showcase projects. Through all these tumultuous times, this initiative has endured as the most prestigious citation of its kind in Israel. Some 90 Israeli journalists from the print and broadcast media have been feted over a full generation in different categories for their professionalism and insight that have helped Israelis understand and navigate the astonishing array of Jewish communities, streams and ideologies around the world and their unique relationship with the State of Israel.

Over the years representatives of all the major Israeli print and broadcast media outlets – including the Times of Israel – and some minor ones, have been acknowledged by the Award, proving – anecdotally if not empirically – that contemporary Diaspora Jewry is of great interest to the Israeli media, to its viewers and readers.

On Wednesday we will present the 28th annual B’nai B’rith World Center Award for Journalism Recognizing Excellence in Diaspora Reportage – albeit in a very different format than we have in the preceding 27 years in order to confirm to Covid-19 regulations. What has not changed is that outstanding journalists – Branu Tegene, Danny Kushmaro and Dina Kraft – and the Shalva Band that will receive our special citation for Fostering Israel-Diaspora Relations through the Arts – will be feted by our guest of honor, Minister of Aliya and Integration Pnina Tameno Shete.

The divide between Israel and the Diaspora, and especially with large parts of US Jewry, was further eroded by the elections for the US presidency, with polls showing that  US and Israeli Jewry are mirror images of each other regarding support for either of the major candidates who stood for office. Astonishing for us in Israel also are the opinion polls that place the State of Israel at the bottom of the list of concerns for most American Jews. True, American Jewry is not our only focus, and as an international organization active in some 50 countries, B’nai B’rith is attentive to the smallest Jewish communities, but there is no substitute for the American Jewish community insofar as sheer numbers and deep involvement in the economic, political, cultural and intellectual life of the strongest superpower on earth.

Therefore, it is forbidden for us in Israel to turn our backs on this large and diverse community despite the differences of opinion and the sense that it is positioning more and more as a critical – and even vexing – voice in opposition to the State of Israel. Some segments even demonstrate the same double and triple standards toward Israel that we have gotten used to suffering from sworn enemies. This rift became apparent also in the elections for the leadership of the Zionist movement that took place recently and will undoubtedly leave their mark on the new Zionist Executive that has started its term just a few weeks ago.

In light of these trends, all elements for whom Israel-Diaspora relations are important must make efforts to find paths to the minds and the hearts on both sides of the ocean. We are witness to daring initiatives by the Government of Israel in the way of unprecedented taxpayer funding for projects among Diaspora Jews and a government-sponsored proposal under which a formal consultative process would, for the first time, be mandated between the Government and representatives of the Jewish world on issues pertaining to them directly. These are unprecedented steps that must be utilized as platforms for building understanding and unity among those Jews ready to get do the heavy lifting it takes to navigate a state and a people at this tumultuous time.

We have sustained our Award for Journalism to encourage the exposure of Jewish communities – large and small alike – to the Israeli public in order to engender a deeper conversation about the relationship between Israel and the Diaspora. Through the Award and our other projects, we will continue to contribute to the buttressing in the stormy waters that await.

About the Author
Alan Schneider is Director of the B’nai B’rith World Center in Jerusalem and is a founding member of the Committee to Recognize the Heroism of Jewish Rescuers during the Holocaust (JRJ) chaired by Haim Roet. He has been active on Jewish rescue issues for over 15 years.
Related Topics
Related Posts
Comments