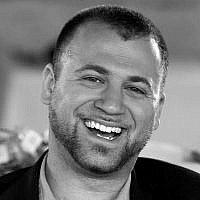 Anti-Zionism is anti-Semitism and no one will convince me otherwise. We cannot separate Jews and Israel. Telling Jews that they have nothing to do with Israel, or cutting our people apart from our homeland, is what some try to do to weaken us.

When Jews in France suffer from anti-Semitic attacks or have family members murdered, they escape to Israel. When Jews in Brazil are praying, they pray towards Israel.

Jews and Israel cannot be separated because we all know what happens when the Jewish people do not have a homeland; we are weak, we are killed, we are chased. We are afraid to stand up for ourselves.

The Jewish people finally have a home and a country, but antisemitism remains a major problem throughout the world, both on the political left and right. On the right they say we have no issue with your country, but you Jews make this world bad. On the left they say we have no issue with Jews, but your home-country is the worst. This is the same hatred expressed in two different ways. 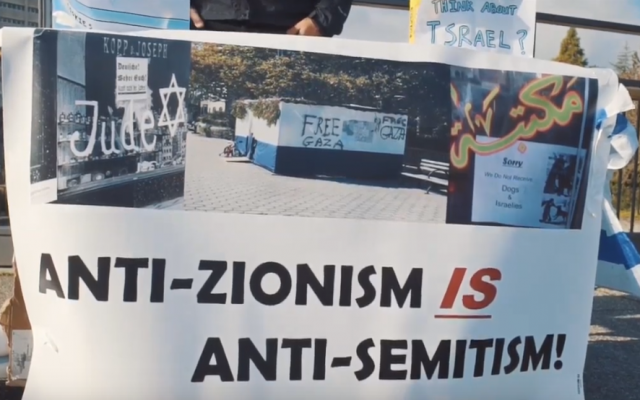 A poster used by Students Supporting Israel on campuses across the country.

On college campuses, telling us Israel is not representing the Jewish people or it is not our home, something so many try to do in the name of “being progressive,” is actually antisemitism. Saying “I have many Jewish friends… but you shouldn’t have a homeland in Israel” is anti-Semitic.

If we Jews will not fight for ourselves, defend Israel, our homeland, and defend our communities, no one will do it for us. When those trying to harm us see us fighting between ourselves about Israel, they celebrate because we are attacking ourselves. Let’s not do their job for them.

I always tell college students and others that we should not compromise on our religion and nationality, our Jewish family and our homeland the State of Israel. Those who will try to rip us apart will not be remembered in history, while we will be writing the future chapter of our people and remembered as a small but strong nation for thousand years to come.

The story of our people, our culture and our language, were born in the land of Israel and after many generations of being exiled we returned home. We should not let anyone take it away from us again. Israel is the Jewish State and every Jew is Israel.