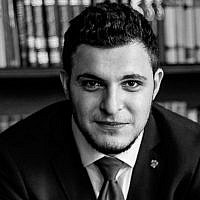 The Blogs
Sergei Melkonian
Apply for a Blog
Please note that the posts on The Blogs are contributed by third parties. The opinions, facts and any media content in them are presented solely by the authors, and neither The Times of Israel nor its partners assume any responsibility for them. Please contact us in case of abuse. In case of abuse,
Report this post. 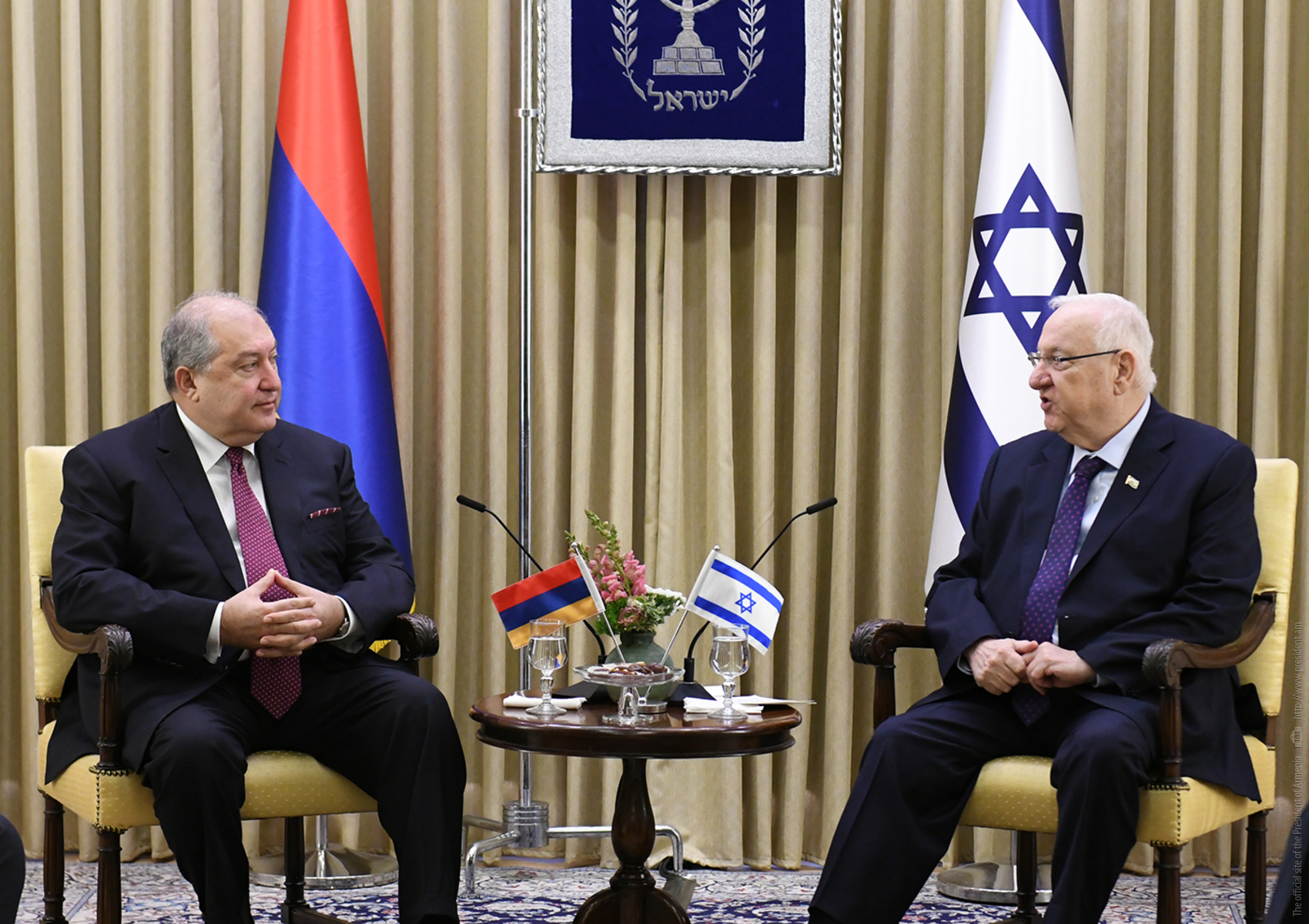 Armenia-Israel relations were established in April 1992. However, during more than 25 years the level of cooperation between two countries have been very low. To a large extent it was because of some constraint and the lack of mutual interest. The situation dramatically changed after developments happened in September 2019, when Yerevan decided to open an Embassy in Israel. The decision has become one of the key changes in Armenia’s foreign policy in recent years.

Why everything has changed

The step by the Armenian side indicates the ongoing changes in foreign policy approaches and reduction of number factors that previously have prevented the  dynamic of relations. A core restraint element was positive relationship with Iran. Only two of four Armenian borders are open: with Georgia and Iran. Two others, with Turkey and Azerbaijan, have been closed since the end of XX century because of war in Artsakh (Nagorno Karabakh). Therefore, frontier with Georgia that opens the way to the key ally (Russia) and the other one with Iran that connects Armenia with the Middle East are the most important ground gates to outside world. This is why the valuation of Armenia-Iran relations is very high and Yerevan is not going to put them at risk. For this reason, the developing and improving relations with Israel is a sort of breakthrough in foreign policy approaches. Nevertheless, it does not argue the levelling of Iranian factor. The decision thus demonstrates that the Armenian authorities in the framework of foreign policy decision-making are no longer be guided by phobias: positive relations between Armenia and Israel can develop amidst more close relations with Iran.

The second restraint factor is that Israel has not recognized the Armenian Genocide in the Ottoman Empire. This point traditionally has been the main on the Armenian foreign policy agenda. As Israeli and Jewish of whole the world have sensitive attitude towards the Shoah (the Holocaust), the same way Armenia and the global Armenian diaspora treat to the Mets Yegherrn (the Armenian Genocide). A high level of relationship between Turkey and Israel kept Israeli officials from recognition or condemnation of the Armenian Genocide. After the deterioration of relations with Turkey, a high level of cooperation with Azerbaijan has become a new limiting factor. Despite this, Yerevan decided to leave the recognition of the Genocide by Israel behind brackets and embark on a development path. 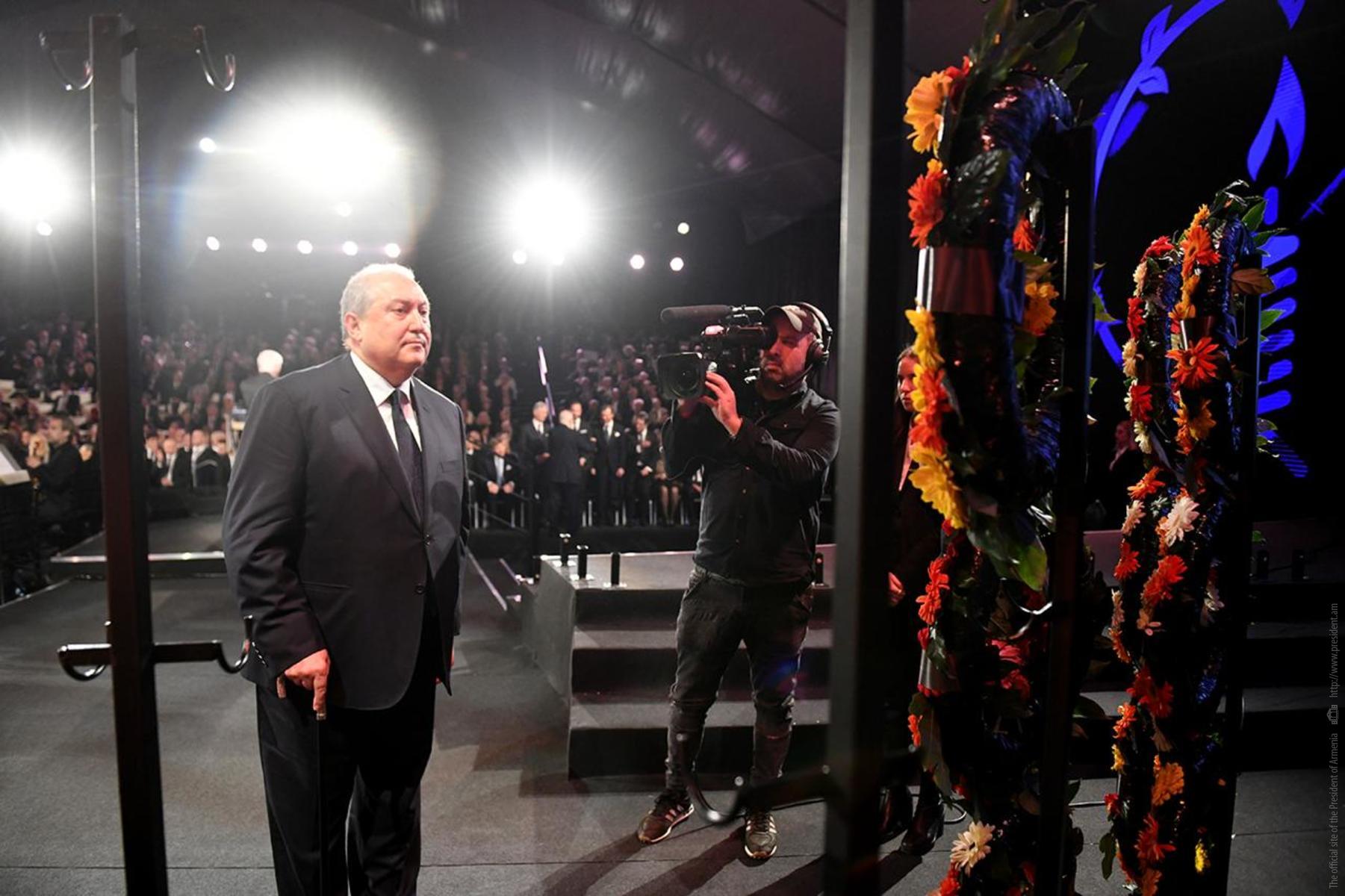 Current President of Armenia Armen Sarkissian has played an important role in developing relations between two states. His visit to Israel in January 2020 can be considered as a historic event in bilateral relations. While taking part in the events of the 5th World Holocaust Forum, the President held several meetings with Israeli colleagues, among them were President of Israel R. Rivlin and former Speaker of the Knesset Y. Edelstein.

During one of conversations President Sarkissian mentioned that he stood at the origins of establishing diplomatic relations with Israel. Most likely that he also initiated the enhance relations at the current stage. It logically correspond to «the bridge» concept that he regularly promotes. The «building bridges» concerns not only state-to-state relations, but also the field of science, as the President proposed during the visit to Israel. 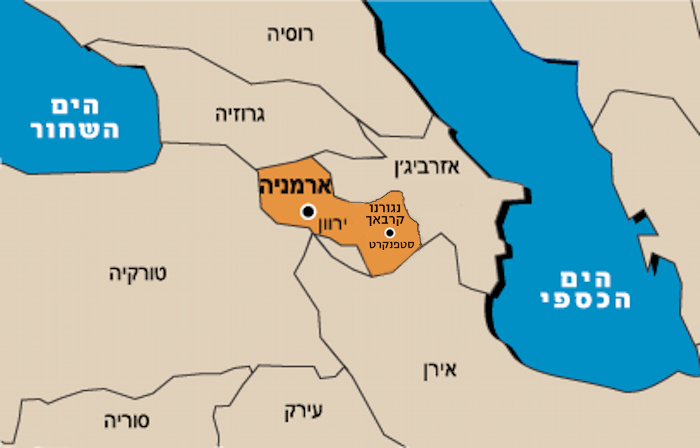 Why is it important for Israel?

At first side Armenia is not of interest to Israel in terms of key foreign policy needs: tight market, small Jewish diaspora and absence of energy resources. Moreover, Israel already has reliable partner in the South Caucasus, Azerbaijan, that exports oil to Israel, overbuy Israeli armament and provides its own territory for monitoring of Iranian activity. Nonetheless, Armenia has a qualitatively different potential, which is important for Israel.

Being strategic ally of Russia, Armenia is a state to which in the future the southern transport corridors of the market of the Eurasian Economic Union (EAEU) can be connected. Nowadays many states including Iran have already signed a free-trade agreement with the EAEU. This issue is also is on agenda in Israel. Thus, Armenia can become a logistics hub for the Middle East on a way to the EAEU market.

Also Armenia has one of the highest technological capabilities in the CIS ares. A favorable legal regime and economic incentives in the high-tech industry not only reveal this potential, but also attract foreign investors and developers, which Israel may be interested in.

Of particular interest to Israel is the Armenian diaspora. The fact is that Armenia and Diaspora have strong positions in several Arab and Muslim countries where Israel does not have an access, including, first and foremost, Iran and Lebanon. Many countries try to get an access to the Israeli diasporic tools to accomplish their tasks in the US and Europe. The advantage of the Armenian diaspora is its wide geographical representation and deep integration into socio-political life, especially in the Middle Eastern states. Perhaps in this direction Armenia will be able to play the role of «bridge» creating a channel of communication and a platform for dialogue.

Developing relations with Israel, Armenia completes a number of its own tasks, primarily related to the issue of ensuring security. However, the possibility of using mutual advantages to achieve a synergistic effect is not excluded.