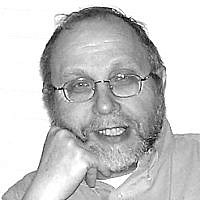 The Blogs
Shlomo Fischer
Apply for a Blog
Advertisement
Please note that the posts on The Blogs are contributed by third parties. The opinions, facts and any media content in them are presented solely by the authors, and neither The Times of Israel nor its partners assume any responsibility for them. Please contact us in case of abuse. In case of abuse,
Report this post.

One of Israel’s greatest weaknesses but also among its greatest potential strengths is that it is a myth, in the specific sense outlined by the French theorist Roland Barthes. That is, words and concepts associated with it carry ordinary meanings – it is a country, it has borders, a population, a government and policies. However, the ordinary meanings of these words and concepts are themselves signs or symbols of further meanings beyond themselves. Depending upon with whom you speak, Israel signifies the Redemption of the Jewish people and the world (for Religious Zionists) or the Second Coming of Christ (for Evangelicals), Western imperialism and/or racist settler colonialism (for the radical progressive Left). More so than other countries, especially for its size, Israel signifies meanings beyond its mere quotidian existence.

The Palestinians understood this better than the Israelis themselves. Basing themselves upon this insight (and on the continued Israeli control of the West Bank with its Palestinian population), they have been more skilled at shaping the narrative concerning Israel than the Israelis. Thus, if one looks at the iconography of photographs of Palestinian victims many of them are arranged either as a Pietá, a Descent from the Cross or the Murder of the Innocents. Iconographically, Palestinians are the Christ among the nations. The Israeli disadvantage at this probably stems from the nature of Zionism itself. Zionism, after all, was a movement to de-mythicize the Jews. Zionists wanted Jews to stop representing Revelation and Redemption or the curse and witness of those who rejected Salvation. Zionists wanted the Jews to become, simply, a normal country.

There is an asymmetry between anti-Israel representations of Israel and pro-Israel ones. Because the anti-Israel representations are more “mythic,” they can draw upon the energy and indignation of the larger theme that Israel symbolizes. When Palestinians accuse Israel of apartheid, they do not only wish to arouse outrage by pointing to the degradations of the Kalandia checkpoint outside of Jerusalem, they also evoke the abasement associated with the South African case, and when they say “racism” they draw a direct connection between the Palestinians and the oppressed African Americans of Alabama and Mississippi, not to mention George Floyd. When Israelis try and explain that they are not really racist or practice apartheid because  Arab political parties are represented in the Knesset or because they have Arab Supreme Court justices, in the best case it draws yawns and lack of attention. Facts are not meaningful in themselves; they are only meaningful in a larger symbolic or mythic structure.

Israel of course, used to have a great myth – it was the story of how a downtrodden and persecuted people achieved security and national liberation. As everyone knows, that narrative is becoming increasingly less plausible. Given that, it is natural that pro-Israel hasbara is thrown back on facts. However there are groups that have great positive, myths or narratives about Israel. One of these groups are Orthodox Religious Zionist Jews, another are Christian pro-Israel Evangelicals, a third are right-wing populist movements such as the BJP in India headed by Prime Minister Modi or the supporters of Jair Bolsenaro in Brazil and, of course, Donald Trump and his adherents. Of course, most liberal Jews will view these groups and figures with disdain. Historically, liberal Diaspora Jews were wedded to the persecuted people narrative. However that narrative becomes less and less tenable with each passing day.

Of course the narratives currently being circulated by the religious and populist groups are not currently serviceable. But these groups should be viewed as a potential resource and as potential partners. Not all the Christian Zionist Evangelicals subscribe to a literal unfolding of the Book of Revelations, rather they envision the Jews and Israel as playing an important role in the bright future of the West and Christianity. Similarly, some Religious Zionist supporters of the current left to right government are actually excited about working with the left-wing Meretz and Labor Parties. In other words, the liberal Jewish Diaspora establishment should be open to communication, dialogue, and partnership with these religious and populist groups in order to forge new myths about Israel that are compelling enough to have wide currency.