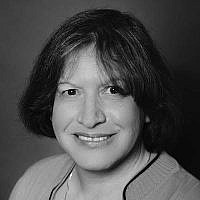 Israel has become an energy powerhouse in the Mediterranean region. Last quarter, the country signed a Mediterranean natural gas agreement with the European Union, which marks a new partnership for Israel with Egypt and other Middle Eastern nations that will benefit their economies. In June, the EU reached an agreement with Israel and Egypt to sell Israeli gas to southern Europe. In August, Israel and Turkey normalized relations with the future possibility of a second natural gas deal for the EU. These relationships continue to enhance Israel’s global standing.

Forty percent of the EU’s natural gas originates in Russia. Ukraine’s transit pipelines permit Russian gas to flow to the EU, with Ukraine collecting revenues. Natural gas from Russia also flows through the Nord Stream I pipeline to Germany and the EU, with three recent major pipeline breaches in Nord Stream I and II. Russia is using natural gas as an economic weapon against Ukraine and the EU by reducing or stopping the flows. This has resulted in higher global energy prices.

The EU has been negotiating with the US, Qatar, Norway, Algeria, and Azerbaijan, for alternative energy resources. The EU is looking to purchase larger quantities of the more expensive liquified natural gas (LNG). In the June agreement made between Israel, Egypt, and the EU, Chevron will provide Israeli natural gas to the EU by building on Israel’s existing energy partnership with Egypt. The new EU agreement will also bolster Egypt’s weak economy.

In supplementing the EU’s energy needs, Israel will be aiding Jordan’s economy with additional revenues from excess natural gas flowing through transit pipelines from Israel, through Jordan, to the northern Mediterranean shores of Egypt’s Sinai Peninsula. Gas use in these countries is highest during the day. Excess gas can be pumped to Egypt at night during low utilization, which is then sold to the EU.

Egypt converts Israel’s natural gas to LNG in specialized terminals and ships the gas in special transport containers. Seaport terminals in Italy and Greece will receive the LNG, where it is converted to pressurized natural gas that flows through pipelines to southern Europe. In the long run, a more direct subsea pipeline could be built between Israel’s natural gas platforms to Egypt’s LNG terminals. Israel’s partnership with Egypt will bring additional energy revenues to Italy and Greece, further supporting their economies.

Turkey is also interested in a pipeline deal with Israel to service the EU. Given the country’s floundering economy, Turkey would benefit from additional Israeli natural gas pipeline revenues. The recent August signing of a normalization agreement between the two nations may open such future discussions. An earlier EastMed Pipeline deal could be resurrected were Turkey involved and if longstanding tensions between Israel and Turkey were to subside.

Turkey is already a major gas transit hub, with pipelines extending from Azerbaijan and Russia to southern Europe, creating the recent impetus for Turkey to normalize relations with Israel. Piped natural gas, in the long run, is cheaper for the EU than purchasing LNG. A subsea pipeline from Israeli gas platforms to southern Turkey, via Cyprus, would be less costly to build than the original EastMed pipeline between Israel and the EU—$2 billion as opposed to $7 billion. Such a future pipeline would connect with east-west gas transit lines across Turkey to serve southern Europe and the Balkans.

Recognizing the opportunity to build an economic alliance, the United Arab Emirates (UAE) facilitated relations between Israel and Turkey. In 2020, Israel signed the Abraham Accords with the UAE, Bahrain, and later, signed normalization agreements with Sudan and Morocco. In 2021, the UAE invested $1 billion in Israel’s Tamar natural gas platform under its trade agreements. In November 2021, UAE’s President visited Turkey and invested $10 billion in Turkey’s faltering economy in exchange for Erdoğan rebuilding his relationship with Israel.

Israel’s experience with Turkey over Mediterranean natural gas has been tense. President Recep Tayyip Erdoğan opposed Israel’s signing the EastMed agreements (2020-21) with Cyprus, Greece, and Italy to build a subsea pipeline to southern Europe. The EU and US originally supported this deal, but the US dropped backing for the project just before the Russia-Ukraine War began.

Erdoğan attempted to block the EastMed deal by signing a treaty with Libya to establish an expanded illegal Turkish maritime corridor into the Mediterranean, then claiming a new Exclusive Economic Zone (EEZ). By preventing access through Turkey’s alleged EEZ, construction of the pipeline from Israel and Cyprus to Greece could be obstructed. When the US pulled its support for the EastMed deal in January 2022, the US had been pressuring Turkey to provide advanced drones to Ukraine. One month later, Turkey agreed to provide this technology to Ukraine.

Following these events, relations between Israel and Turkey improved. In March 2022, President Isaac Herzog visited Erdoğan in Turkey. In May, Turkey sent their foreign minister to Israel for the first time in fifteen years. In June, Yair Lapid went to Turkey, which led to August’s normalization between the two countries. In September, Israel appointed Irit Lillian, as the new ambassador to Turkey. Israel has not sent an ambassador since 2018.

Addressing joint security issues is an initial priority to begin normalizing Israeli-Turkish relations. Iranians threatened to kidnap Israeli tourists this past June in Istanbul. Working together, Israel and Turkey prevented serious consequences. Security is a common concern between the two nations as neither desires the terrorist axis between Russia, Syria, and Iran to strengthen in the Middle East.

Erdoğan also needs to stabilize political relations with other countries and groups impacting Israel. Seen as an opportunist, Erdoğan leans at times toward Russia, which competes to provide natural gas, and at other times toward the US and the EU. As a political fundamentalist, he has moved Turkey further away from secular democracy, while backing Israel’s enemies, Hamas and Islamic Jihad in Gaza. Erdoğan speaks out regularly against Israel, while supporting Hamas terrorists living in Turkey. Therefore, Israel should not consider a pipeline deal without Erdoğan first eradicating support for Hamas and the associated extremists in Turkey.

By leveraging natural gas alliances with Middle Eastern and European member nations, Israel has become a major energy player in the Mediterranean region. Israel supports other Arab nations, such as Jordan and Egypt, with energy resources to improve their economies. The growing relationship with Turkey has the potential for strengthening over time. Israel’s resulting economic alignments will position the nation for expanding its future development opportunities with the European Union.

About the Author
Cultural ethicist Faye Lincoln is author of Values That Shape the World: Ancient Precepts, Modern Concepts (Dialog Press, 2021). She has worked in high-level public policy and government relations for three decades, and analyzes the value-based implications of US and Middle Eastern policy initiatives based on history, religion, and economics. She focuses on the effects of converging religious, political, and economic structures of society and culture. Ms. Lincoln views biblical history through the lens of her second generation Holocaust experience.
Related Topics
Related Posts