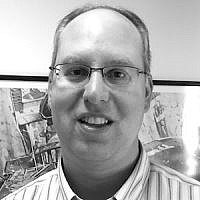 The Blogs
Joshua M. Halickman
Apply for a Blog
Advertisement
Please note that the posts on The Blogs are contributed by third parties. The opinions, facts and any media content in them are presented solely by the authors, and neither The Times of Israel nor its partners assume any responsibility for them. Please contact us in case of abuse. In case of abuse,
Report this post.

As part of the Sports Rabbi Special: Israel at the World Baseball Classic, the Sports Rabbi got to sit down and talk with Israel Baseball’s biggest fan Zack Raab, he’s got an interesting trip planned!

Zack Raab is not only a mega fan who doesn’t sleep while following Israeli Baseball all day and all night but he is actually going to Seoul, South Korea to see Team Israel play!

S.R: Zack it’s quite a trip, you might be the only fan apart from the immediate families of the players who will heading to South Korea. What enticed you to take this trip, I know it’s a dream come true, why so?

Z.R: I’ve been debating since they clinched the qualifying round. I was there with friends, in fact about a minute after they won I was checking airline prices and looking for two things, where is Seoul, South Korea and how much would it cost to fly there. The ball started rolling in this crazy far off dream that I never really thought would happen in a million years.

I remember I was chatting with the back up catcher Charlie Cutler and I showed him my phone when they were boarding the bus after the qualifiers, and I said ‘Listen, I’m looking for tickets, it might happen, it probably won’t happen but I am seriously considering it. It is a dream of mine and a chance of a lifetime, we were chatting about it and it was quite an entertaining idea at the time. And slowly, after I came back to Israel after the holidays, the ball started rolling. My mom actually kept pushing me more than anyone, this was a crazy idea and I have never really traveled outside of Israel or America. But my family and friends were pushing me to go on this trip, thankfully it worked out. I was going back and forth sleeping on it, daydreaming about it at work, the dates worked out and the plane tickets worked out and my job was kind enough to let me take off for a week. So I’m going to be in Seoul, South Korea on the other side of the world for a week.

S.R: You are probably the biggest Israel baseball fan. You were at a number of events and of course so was I, when Team Israel was here, you were there and you got to hear their stories and for them it’s a dream come true. It’s a Zionist dream, lots of Jewish American players representing Israel it’s amazing!

Z.R: It’s true and it’s amazing. I have been to all the Israel Baseball games. I was in Jupiter, Florida and made a sign for Nate Freiman, who at the time hit 2 homeruns, I was on TV for a bit as my sign called Freiman, Mr. Tishrei. I am hooked. I made sure that my flight was booked around all three Team Israel games in Brooklyn this past year. I recruited 5-7 of my friends and they had the time of their lives. I went to the meet and greet in the Baptist village in Petah Tikvah, and they all recognized me as the crazy fan from above the dugout, the loud cheering fan who made a sign and flag. They are all kind and such nice people. They all realize what they are representing it’s amazing, they see what it means to represent this country. I’ve been living here for 6.5 years; they see what it means to help grow baseball among the Israelis and the English speakers that made Aliyah. They see the importance to represent their fathers and grandparents heritage. And it’s a dream for the players and of mine to represent it all here; I’m so excited to get to know the players a bit more as well.

S.R: Who are some of the other big names we will see on the baseball team?

Z.R: Of course all the New York Jewish Mets fans will know Ike Davis, but there’s also Jason Marquis who pitched 15 seasons in MLB, had an All-Star appearance and pitched fantastically for Team Israel in September. We have Corey Baker who is a really nice person and is currently a minor leaguer with the St. Louis Cardinals who also pitched really well. We also have Josh Zeid who has had some Major League experience. Nate Freiman and Cody Decker played four years ago for Team Israel and have had this dream for four years. These are the core, Decker, Freiman, and Josh Zeid. Ty Kelly who is also a top prospect for the New York Mets and will be known by many Jewish New Yorkers along with Ryan Lavarnway and Nick Rickles. Nick is a fantastic guy and a prospect in the Nationals’ system. Ryan Lavarnway was playing for the Red Sox and was also one of the many players who visited Israel a couple of months ago.

S.R: So it’s a good mix of Major league players and Minor Leaguers and a nice rounded roster for when they get to play, South Korea, China Taipei and the Netherlands on March 6th, 7th and 9th.

Z.R: The best part is that the Minor Leaguers get to prove their talent on the big stage; they are going to be motivated. Doing this for Israel, their new teammates, familial pride and for their careers.

S.R: What is your schedule for this trip? What are your plans? You will actually be there for the holiday of Purim.

Z.R: I don’t even know the full itinerary of my trip yet, but thankfully I will be able to get the full 7 days off from work so I will be there for 7 days. I’m landing if all goes well and land on the first day of the game. The majority of this trip will be based on the baseball that is why I’m going. The bonus is in my mind, which is why it’s the dream trifecta: Supporting Israel, watching baseball and getting to visit a country, which I probably would never visit. I have been in touch with a lot of Jews who have lived in South Korea and they said there is a lot of interesting tourist attractions and it will be tough getting kosher food. I’ll bring some good food from Israel and share it with some players, but I have been in touch with the Chabad there, who are so kind, will hopefully be at the games to, to give support for Israel and just go with the flow, its so exciting, I never thought that I was going to be spending a Shabbat or a Purim in Seoul, South Korea.

S.R: Now Zack can we call you a Super baseball Israel fan?

Z.R: I’m just a simple Jewish baseball fan that has fallen in love with team Israel and the story from day one, I’m just living out a dream and enjoying every minute of it.

S.R: At the end of the day, it’s good for Israel, to be put on the world map, we have won a couple of medals at the Olympic Games and other various competitions, locally Maccabi Tel Aviv have played European football and in Basketball won the championship a couple of years ago. Israel baseball is totally a different animal and obviously it’s a very small sport in Israel, yet with the success of this team it could take Israel baseball to the next level. It’s the Zionist dream and how does this connect Jews to Israel? Where can this lead us?

Z.R: It’s a broad question, Baseball has definitely not caught on in Israel. Peter Kurz who leads the Israel Association in Baseball, has done a fantastic job of getting younger Jews, Israelis and young adults involved here. It would have been fantastic if the team qualified four years ago, but maybe Israel baseball wasn’t ready then and now is the perfect time to get exposure to grow the love of baseball and be a positive exposure for Israel and Jews. Interestingly enough, Israel is playing their first game on Monday against the host, so all of South Korea will see us. I know the guys will represent Jews all over the world; it’s a positive all around and you can’t find a negative in this exciting opportunity for Israel baseball. Hopefully we will see a positive growth and big impact. They have already gotten a lot more funding since they qualified, and who knows maybe they will move on to Tokyo, maybe not, whatever happens its going to be exciting. The team is going to shock some people, Jews have always been the underdogs, Israel has always been the underdog. It’s going to be exciting to be there and see it in person all unfold. Go Israel!

Sports Rabbi will be having Zack talk to us during his time in Korea to hear about his experiences. To follow Zack’s journey in South Korea follow him on TWITTER @ZackRaab

To hear Zack Raab’s full interview with the Sports Rabbi, CLICK HERE. The Sports Rabbi will have special coverage throughout Israel’s participation in the World Baseball Classic. Keep tuning into the Sports Rabbi to stay up to date with our Zionist stars!

About the Author
The Sports Rabbi Josh Halickman is dedicated to Israeli sports and athletes plying their trade in Israel and around the world. From soccer to basketball to Olympic sports and beyond I'll bring you the latest news, analysis, videos, photos and discussions regarding the latest stories.
Related Topics
Related Posts
Joshua M. Halickman
Comments