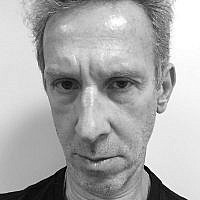 In Judaism, the number 70 resonates with special meaning. The Torah, for example, lists 70 descendants of Noah. The Babylonian exile lasted 70 years. The Midrash points out Jerusalem is referred to 70 different ways.

And Israel Bonds, the enterprise that became an economic cornerstone of the modern Jewish state, has turned 70. As the organization celebrates the milestone anniversary, it does so with justifiable pride. Over the course of seven decades, Israel Bonds has helped ensure that a fledgling state would not become an obscure 20th century footnote, but instead, the nation President John F. Kennedy confidently predicted would “endure and flourish.”

Like Israel itself, Israel Bonds came into existence at a defining moment. Israel arose in the aftermath of the Holocaust. Yet, little more than two years after becoming a reality, the outlook for the reborn Jewish nation was already dire. The year-long War of Independence had devastated its nascent economy; new immigrants, including thousands of concentration camp survivors, were housed in primitive shelters; and food shortages were rampant. 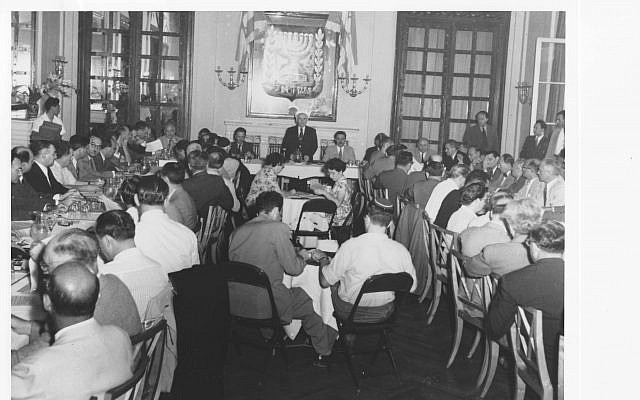 Assessing the precarious situation, Prime Minister David Ben-Gurion knew his struggling country would be hard-pressed to deliver even one-third of the desperately needed financial resources. The remainder, he realized, “must be mobilized by the Jewries of the world, and especially,” he emphasized, “the Jews of the United States.”

The enormity of the task was the impetus for the September 3, 1950 convening of the conference leading to the creation of Israel Bonds. As they gathered at Jerusalem’s King David Hotel, Ben-Gurion assured the assembled delegates, “Our difficulties are only temporary, and the hardships we have imposed, and will continue to impose on ourselves, are for the sake of a much brighter future that is not far away.”

An Impressive Legacy of Achievement

Israel Bonds turns 70 with an impressive legacy of achievement. The “brighter future” Ben-Gurion prophesized has come to fruition, built on a foundation of over $45 billion in worldwide Israel bond investments. The few dozen American Jewish leaders who laid the groundwork at the King David conference were the forerunners of what grew into a global network, encompassing dozens of cities spanning three continents. And one of the most central tenets of Judaism, l’dor v’dor – from generation to generation – became an Israel Bonds mantra as successive generations chose Bonds as their means of establishing a personal connection with Israel and each other. 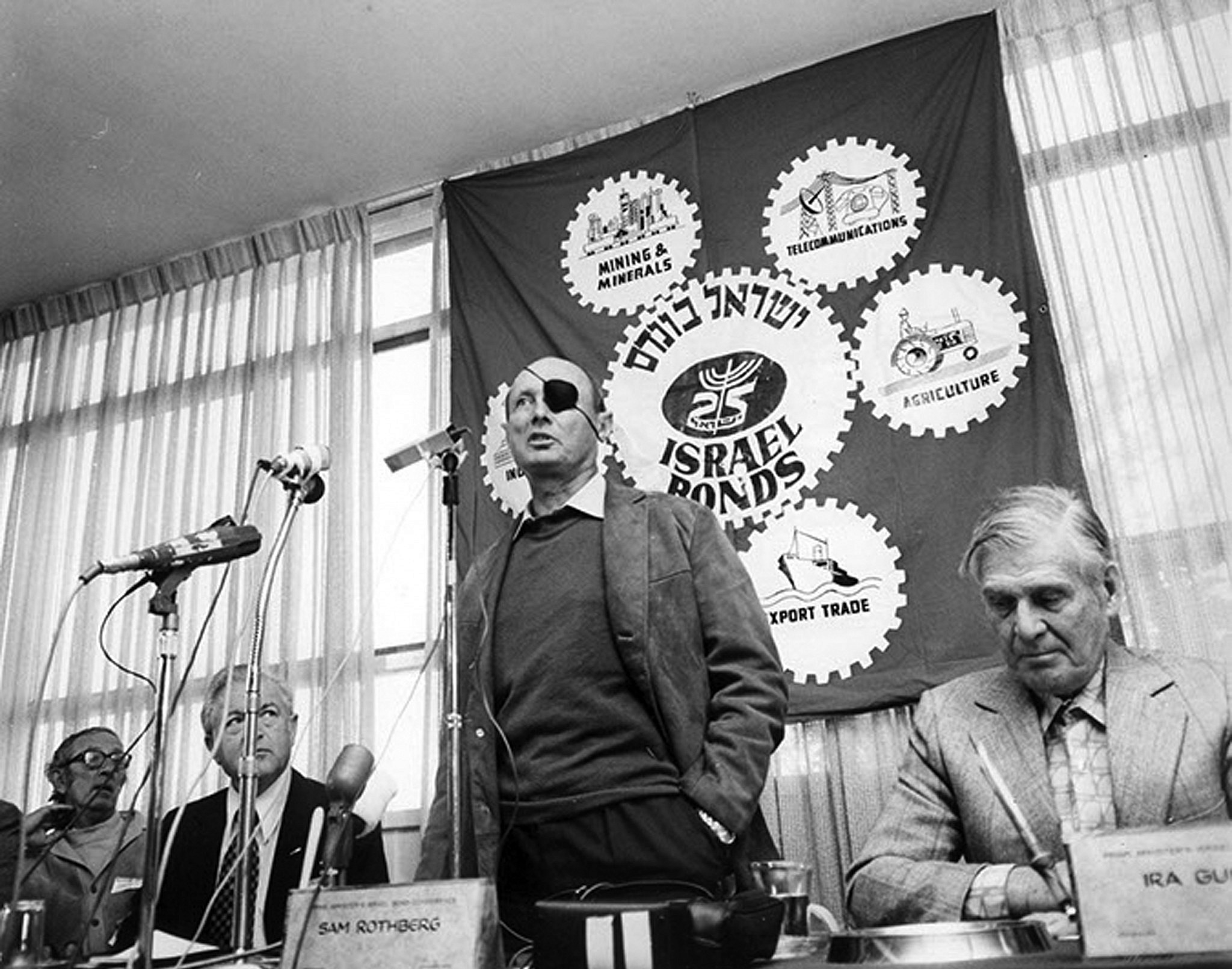 While the perennial success of Israel Bonds was realized through the collective efforts of Jewish communities throughout the world, Israel’s determination to overcome adversity inspired many outside that community to become involved as well.

Organized labor was among the earliest investors in Israel bonds. The depth of the movement’s understanding of the significance of the Bonds program was underscored at an AFL-CIO convention held in October 1973 as the Yom Kippur War was raging. Throughout the conference, delegates were urged to show solidarity with Israel through investments in Israel bonds.

Moreover, over 100 state and municipal public employee pension funds and treasury funds have collectively acquired more than $3.5 billion in Israel bonds, with officials citing admiration for Israel as a key reason for their investments.

And Warren Buffett, the world’s most famous investor, headlined three Israel Bonds events in just 18 months. Demonstrating his own commitment, Buffett made a personal $5 million investment, calling Israel bonds “a deserved endorsement of a remarkable country.”

Ben-Gurion’s vision of Israel Bonds as a dynamic bridge between Israel and its supporters has been perpetuated by his successors. In a nation known for fractious politics, Israel Bonds has met with continuous approval from every ruling party.

Bonds President and CEO Israel Maimon, who served as government secretary in the cabinets of prime ministers Ariel Sharon and Ehud Olmert, put it into context: “We are all familiar with the expression ‘two Jews have three opinions,’ especially,” he adds, “if they are politicians. However when it came to the need and appreciation for Israel Bonds, everyone spoke with one voice.”

It’s not just politicians. Didi Nishlis, an Israeli member of the Bonds board, said, “When I explain to Israeli friends and colleagues how the organization is able to generate an ongoing flow of investments in these difficult times, they are speechless. Understanding the importance of Israel Bonds not only as a financial tool, but also as a true bond with Israel, really resonates with them.” 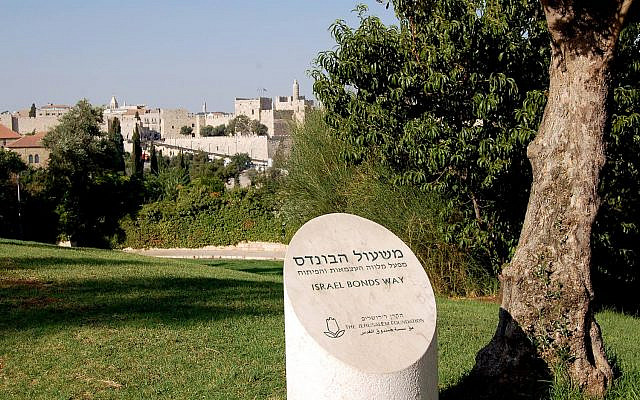 Israel Bonds Way, situated in the gardens of Jerusalem’s King David Hotel, commemorates the site where it all began. (Photo credit: Not Just a Bond, a Bond with Israel; James S. Galfund)

Like every enterprise, the Israel Bonds business model has been impacted by coronavirus. Nevertheless, the organization remains undeterred, continuing to build on its 70-year legacy. Earlier this year, the Finance Ministry accepted a Bonds proposal in which it would not look to reduce its 2020 goal in light of the pandemic, but rather, to expand it. Israel Bonds is firmly committed to securing a record $1.7 billion in worldwide sales by year’s end.

The legendary Shimon Peres, who remarked, “I am indeed happy to have witnessed the countless ways in which Israel Bonds has transformed this country,” assessed the organization’s impact succinctly: “A vital chapter in Israel’s history,” he affirmed, “was when David Ben-Gurion convened the inaugural meeting of Israel Bonds.”

About the Author
James Galfund is National Director of Marketing & Communications for Development Corporation for Israel/Israel Bonds.
Comments