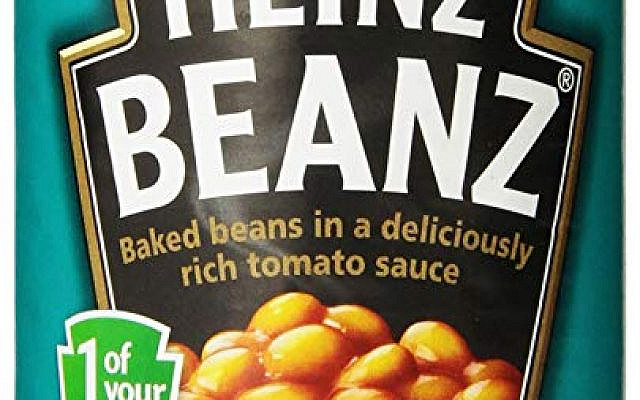 For Eating Not Firing

A long time ago, when I was a teenager, I started to play with explosives. There was, of course, no internet but my local library had no shortage of helpful books with detailed instructions. There were several shops selling explosives, hiding in broad daylight on the high street under signs marked ‘Pharmacy’. It took a few visits to different shops to gather up all the materials without raising suspicion.

Armed with a bit of this and several packets of that, I was able to make some nice holes in a nearby empty field. I then tried packing my explosive mixture in some old baked-bean cans and launching them skyward. It worked; I had made a very primitive rocket. I might have become a famous rocket scientist, but the neighbours complained, and I turned my teenage attentions elsewhere. (I leave the details to the reader’s imagination.)

Israel is now facing an enemy armed with similar “rockets”. These bits of old drainpipe, packed with homemade explosives, are causing fear and panic among the population of our southern borders. These primitive weapons, less than a fleabite to any armoured vehicle, can nevertheless cause serious injury to people and set crops or forests ablaze. The IDF has no option, it must stop these missiles in their tracks.

Of course, we have the equipment to deal with this threat. The Iron Dome is a technological marvel, the brainchild of Israel’s hi-tech industries. Its Tamir missile can intercept and destroy targets as small as a mortar shell, or even one of my old baked-bean cans packed with explosive. But at what cost!

Israel has several Iron Dome batteries, each battery costing some $100 million. The Tamir missile, usually fired as a pair to ensure a ‘hit’, comes in at around $50,000. In contrast, the drainpipes that Hamas fires cost almost nothing. Currently, in Gaza, Hamas has some 9,000 rockets. Even this figure pales in comparison with the 100,000 rockets in Hezbollah’s arsenal.

Now, we all know that you can’t put a price on human life. But, in reality, a human life is worth from $50,000 a year to around $130,000, depending on who is doing the calculation. These figures are used by both private and government health insurance plans to decide whether to cover a medical procedure. In other words, insurance companies calculate that a treatment must cost less than $50,000 to give one year of “quality life” to make it cost-effective.

Hospitals, doctors, insurance companies make these horrendous life versus money decisions all the time. Will we see computers in the next versions of Iron Dome that take into account the value of the incoming projectile, the cost of a Tamir missile and the number of likely casualties, before agreeing to fire. I am sure that Israeli ingenuity could quickly come up with the special algorithms needed to implement these life or death decisions without any unnecessary, human, emotions.

But Israel is a moral country and will always put human life, even that of our enemies, before any financial considerations. So, with these figures in mind, the next round could see Israel declaring not victory but bankruptcy.