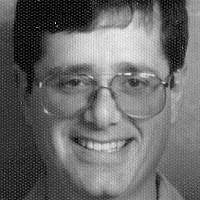 The Blogs
Dan Cheifetz
Apply for a Blog
Advertisement
Please note that the posts on The Blogs are contributed by third parties. The opinions, facts and any media content in them are presented solely by the authors, and neither The Times of Israel nor its partners assume any responsibility for them. Please contact us in case of abuse. In case of abuse,
Report this post.

The outcome of the IDA elections was predetermined. Here is how the election system worked. The IDA is divided into three regional branches. Each branch held elections during the summer to elect delegates who would vote in the “national” elections. The branch elections were publicized exactly 30 days prior to the elections using the Israel Postal service. (The Israel Postal service is undergoing serious reorganization i.e., cutbacks , and is not running efficiently). Members of the IDA who were interested in being candidates to be a delegate were given 10 days to submit their candidacy, from the date the letter was written and mailed. I received the letter one day before the cutoff date.

Having the support of enough delegates is the key to being elected to an IDA position.117 delegates were chosen at the branch elections. There are more than 4,500 members of the IDA, who do not vote in the “national” elections. The voting is done only by the 117 delegates.

The majority of IDA members have no understanding of the election system. It is explained in the IDA charter, which is not distributed to members, nor is it available online. The incumbent leadership notified the membership of the branch elections at the last minute allowed by the charter, in order to prevent members to organize new candidates for delegates in serious numbers. Thus, in election after election, basically the same members are the delegates, who are controlled by the incumbents.

Out of the 117 delegates, more than 30 were incumbent position holders, who were running for reelection. Of the 60 or so positions that were elected, including the board of the central committee, most if not all were also delegates.

The chairman of the IDA has been chairman for more than 20 years. The board of the central committee has retained 16 of its 19 members. The three who were not reelected did not run.

I was a candidate for membership of the central committee. I received the letter the day before the deadline, but managed to submit my candidacy in time. The list of candidates was sent to the delegates 7 days before the election. I requested the list and it was sent to me as well. Under the caption “List of Candidates for the Central Committee” was another caption titled “List of Agreed Upon Candidates”, under which were 19 names, 16 of whom were incumbents.

I was not invited to the election meeting, as it is a closed meeting, under the charter regulations. Only when I complained that as a candidate I am entitled to be there was I verbally invited, with a caveat. I was not to be allowed to vote, nor did I have the right to speak.

Each delegate was given a colored card that he was to raise during the voting. The first vote was for the central committee. Dr. Lior Katsap, the head of the Central Region branch had the honors of running the event. He explained that because there were independent candidates in addition to the agreed upon group (agreed upon by the incumbent leadership), he had to explain the voting procedure. Each delegate would be allowed to vote only once, either for the group of 19, or for one of the 3 independents. When I protested this was not fair, the leadership threatened to have me removed physically. At that time, I voluntarily left the proceedings. I listened to the results from outside the door. The delegates unanimously elected the agreed-upon group. The new board then chose Dr. Yitchak Chen to be the chairman of the IDA for the next four years. He of course was the incumbent, and has been the chairman for 25 or 30 years.

Apparently, this obvious manipulation of the electoral system is how the same leadership has managed to remain in the leadership positions for so long. It might be legal, according to the IDA charter, but it is certainly not democratic.

(I have lodged an official complaint with the authorities in the Ministry of Justice, who are responsible for non-governmental organizations. I was told the investigations could take months).