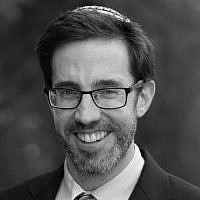 The Blogs
Alex Freedman
Apply for a Blog
Please note that the posts on The Blogs are contributed by third parties. The opinions, facts and any media content in them are presented solely by the authors, and neither The Times of Israel nor its partners assume any responsibility for them. Please contact us in case of abuse. In case of abuse,
Report this post.

Exactly what is a double standard? If we’re going to call it out – which we should – at minimum we must define it.

What is the difference between a double standard and a higher standard?

And why should Zionists and Israelis hold Israel to a higher standard at all? These questions are always important, especially as Yom HaAtzmaut fast approaches.

A double standard isn’t any statement that criticizes Israel and upsets me. It’s a statement that reveals two separate sets of rules, one for Israel and the other for the rest of the world. We must call it out as anti-semitic.

Additionally, the double standard is usually imposed by an outsider, from without. Whereas the higher standard is often established by the party himself, from within. An important question to ask is, who sets the standard?

For an example, let’s consider the common issue of school grades, which involves students, parents, and teachers. A parent who holds her children accountable to receive straight A’s – even though she herself didn’t meet this lofty goal – is guilty of a double standard. She has a different, unfair expectation of her children from herself. On the other hand, a student who challenges herself to make the honor roll is holding herself to a higher standard. As this goal is more achievable and comes from her own desires, this student makes the grade as reaching for a higher standard.

Third, let’s articulate why Israel should bother with setting above-and-beyond goals for itself. After all, it can easily be confused with double standards.

This question is ultimately part of a conversation that began over a century ago when the early Zionists also debated what Israel should strive to be. In the words of author Gil Troy, should Israel be “a normal state – a state for the Jews – or a model state – a Jewish state”? His new book The Zionist Ideas articulates many of these competing visions of Zionism. While I acknowledge that I’m oversimplifying their stances, Theodor Herzl and Ahad Ha’am most clearly articulate these two specific positions over a century ago. Herzl advocated for political Zionism, emphasizing a homeland for the Jews. He wrote in The Jewish State, “I think the Jewish question is more than a social or religious one…It is a national question which can only be resolved by making it a political world-question…” While Ahad Ha’am emphasized cultural Zionism, urging for a spiritual and cultural revival based in Israel. He wrote in The Jewish State and the Jewish Problem, “Then, from this center [Israel], the spirit of Judaism will radiate to the great circumference, to all the communities of the Diaspora.” They are taking opposing sides in the very same conversation I am engaging. Which makes the question of uniqueness and higher standards even more pressing.

This reminds me of a lovely image in the Talmud (Brachot 6a). The rabbis imagine that G-d too wears Tefillin (as it were). They recall that the Tefillin Jews wear contains the verse of the Shma, wherein we affirm G-d as one, unique. Rav Hiya Bar Avin says that G-d’s Tefillin contains another verse, “Who is like Your people Israel, a unique nation on earth?” (2 Sam. 7:23). The Talmud imagines G-d saying, “You, Israel, have made Me a unique entity in the world. So I will make you a unique entity in the world.”

We are called on by our Torah, our traditions, and our history to be unique. That’s fundamental to being Jewish. The State of Israel – if it to be a Jewish state and not merely a state for Jews – must reflect this uniqueness. It’s the canvas where Jewish values and teachings are created. Reaching for a higher standard – even when we slip, as we have before – sets Israel apart. We must stay the course, even if others misunderstand.

As the musician Paul Simon sang, “One man’s ceiling is another man’s floor.”

About the Author
Rabbi Alex Freedman is the Associate Rabbi at Temple Emanu-El in Closter, NJ.
Comments