For 67 years Israel has battled wars her neighbors launched against her. During those wars Israel’s air-force main mission has always been and still is to make sure the skies above Israel are clear of enemy’s invasion. Now, with thousands of missiles and rockets, of all ranges, pointing at and directed toward Israel from Hezbollah up north and Hamas down south, this mission has become impossible. So Israel is going underground!

Israel has the largest underground hospital in the world – 2000 beds – in Rambam Hospital, Haifa.

Now Israel is in need to build a Dialysis Center underground, planned to be built in Laniado Hospital, Netanya. For that purpose, last week, West Coast USA Friends of Laniado Hospital (www.wcf-Laniado.org), held a well-attended fundraising breakfast, hosted by Mikey and Iris Dardashti and Feridoun and Paridoukht Dardashti, in Beverly Hills, California. Miriam Fierberg-Ikar, Mayor of the city of Netanya, Israel 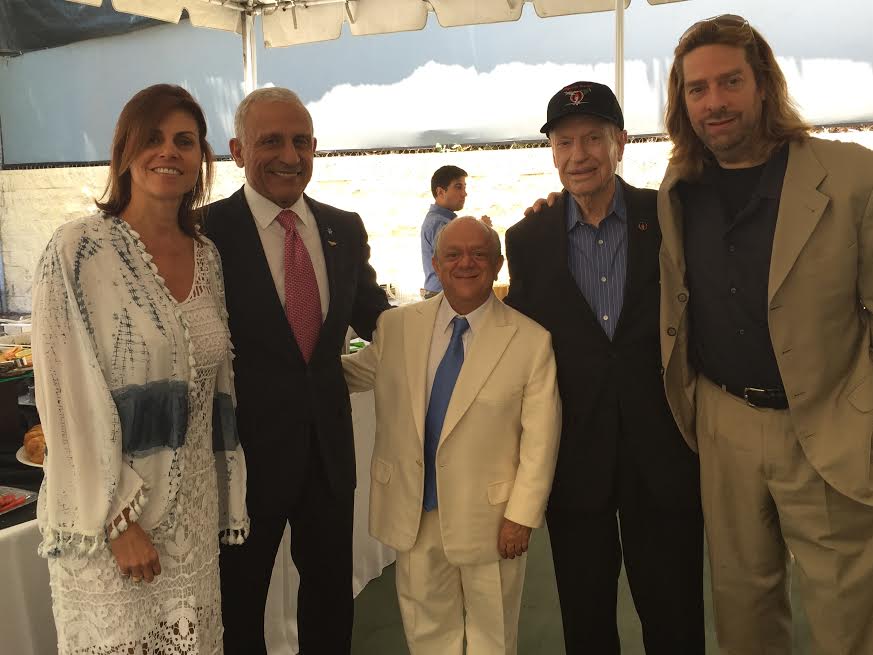 
I, the writer, am a staunch supporter of Israel. I love the country and am energized by its achievements on so many levels. More so, my soul desire is to see the Jewish State grow and thrive in strides in all aspects.

However, I now have to take the government of Israel to task and ask: how in hell has the country arrived at having thousands of rockets pointed at her, thus having to go underground? Why Israel’s supporters organize fundraising for underground facilities of all sort, rather than colleting funds for building above ground for the world to see and be proud of?

Israel is called by many a startup nation? Is it also a “startup”, because it is the first underground state and Israelis eventually become human ants?! Am I seeing the picture right?

Instead of destroying the enemy Israel has been helping their aggression against her to go on, while she is digging deep, to be hiding underground!

The need to make sure that life in Israel goes on as uninterrupted as possible, regardless of her enemy’s aggression is crystal clear. For that matter fundraising for the purpose of building crucial facilities below ground surface are beyond the simple words undoubtedly much needed.

However, as for me, I am sickened by the fact that Israel has allowed her enemy to dictate her way of existence and is now in the process of becoming an underground state! I hope you are irate too!