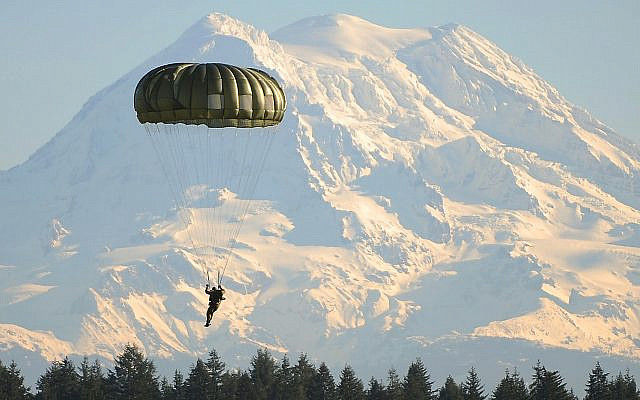 As the second engine caught fire on the small aircraft, the lone pilot decided there was no choice. He put on his parachute and jumped.

He accelerated as he fell faster and faster. Was it time yet? He carefully calculated, counted and then pulled the ripcord.

The parachute shot out from its pack. He felt a jolt through his body as he suddenly lost velocity, seeming to almost be floating in the air. He was safe!

Minutes passed as he drifted slowly downwards. But he began to feel cold, and hungry. He needed the toilet. How long was this going to take? “Parachutes are bullshit“, thought the pilot. “They don’t work!“. After another minute of internal debate, he cut the cord.

And this is Israel. 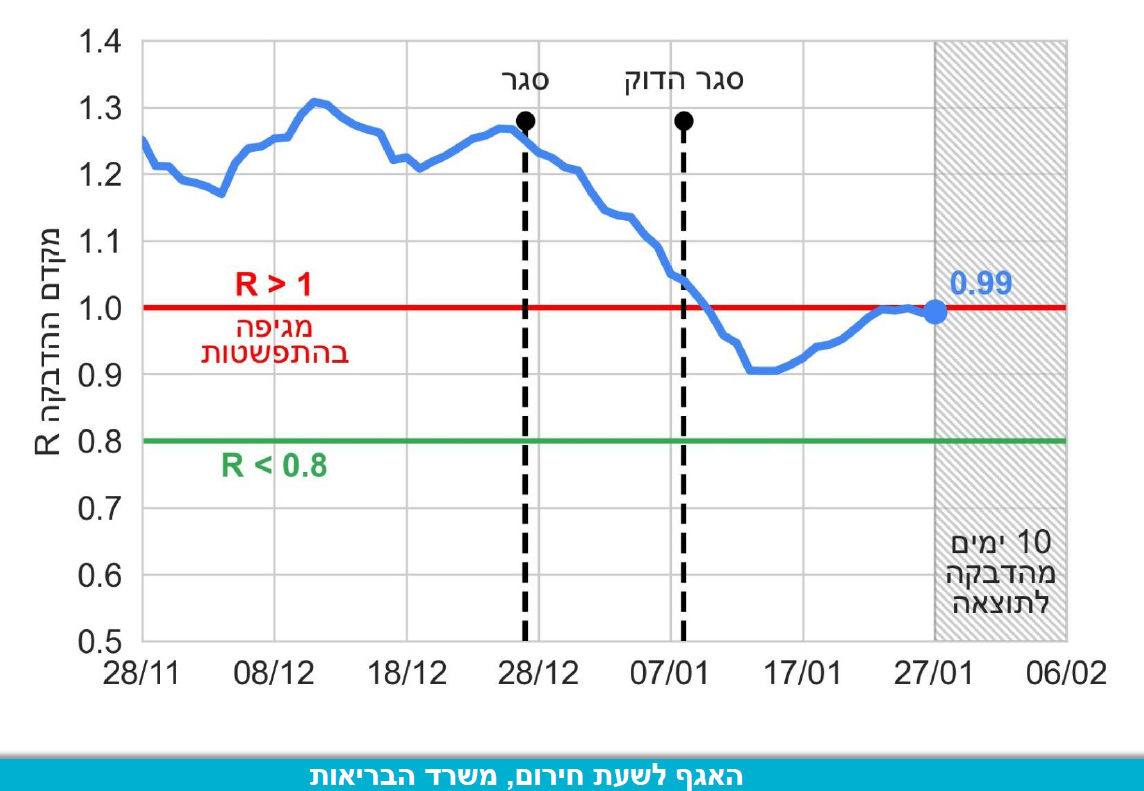 Six weeks ago, Israel detected around 6,000 new coronavirus infections a day, with a test positivity of around 5%. The country entered a partial lockdown. Cases continued to rise.

A month ago, Israel had around 8,000 positive tests with a test positivity of around 7.5%. The country entered a ‘tighter’ lockdown.

Cases rose fast, and then fell, as they had in the past two lockdowns. But this time something was different. Maybe it was the Haredi school system, which was closed for the Festivals in the September lockdown but operated throughout the January lockdown, with the government’s tacit approval. Maybe it was workplaces, more and more of which defined their workers as ‘essential’ and continued to operate.

Probably, too, it was the more infectious B.1.1.7 variant of the coronavirus, which came to Israel from Britain and, likely, the UAE. In September, Israel’s porous, unenforced lockdown could cut infectious enough that every sick person infected less than one other person on average. As the B.1.1.7 variant has become dominant among Jewish communities in Israel, the same measures might mean that every sick person infects one other on average, ensuring infections are stagnant.

In fact, among the “general” sector, not Haredi or Arab communities where, cases are currently rising a little; Haredim are actually seeing a decrease in infections over the last week or so, keeping the overall numbers level. As of today, Israel has among the highest infection rates per capita in the world.

This time the lockdown isn’t working. The parachute isn’t guiding us quickly down to earth.

Yes, Israel’s vaccination programme is beating the world, with 60% of eligible adults having at least one dose already, and 30% are already a week past their second dose. Yes, retail and entertainment businesses are buckling under the immense financial weight of the lockdown. Yes, children have missed out on enormous amounts of school, with some age groups having basically no in-person schooling since April. Yes, working parents are going crazy looking after very young children at home. All of this is true.

But today, Israel has around 6,500 daily cases with a positivity of around 9%, which is basically worse than when the partial lockdown began. Many experts consider 9% to be the threshold where it’s impossible to open schools safely.

The government decided that the lockdown wasn’t working, so it had to be scrapped and “new ideas considered”. But so far, the only new idea is just relaxing restrictions. The parachute isn’t working, so now’s the time to begin poking holes in it, and maybe cut it off completely.

The government has cut our parachute, and pretty soon we’ll start accelerating again. 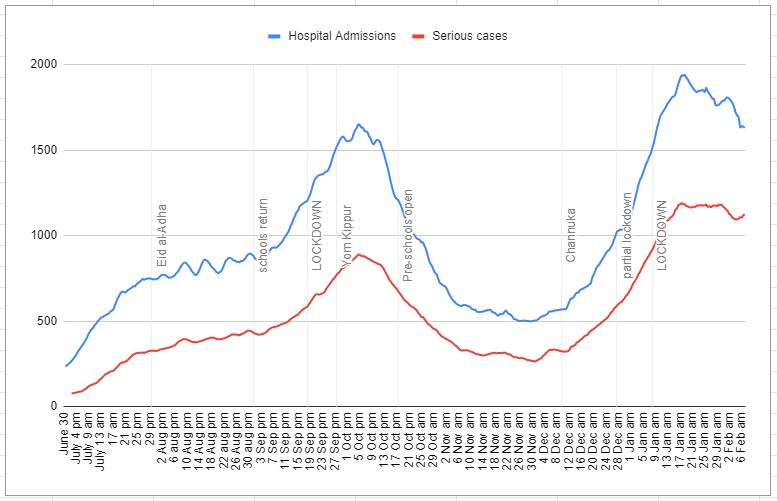 Perhaps the vaccines will win the race, though with slowing vaccination rates, I’m not so sure. But the most likely outcome at this point is another lockdown, a much stricter one, within a month. It means losing Pesach with our families again, and maybe Purim too. It means this lockdown is unlikely to be out last. Our parachute is gone. We are falling faster.

And this time we’re closer to the ground. Hospitals are almost as full today as at the peak of the second wave, with more serious cases and more on ventilators. With the British variant and no parachute, we have a lot less time to act.

You can subscribe to Arieh’s newsletter, the Hat Tip.

About the Author
Arieh Kovler is a writer, political analyst and communications consultant. Before his aliya he was the Head of Policy and Research for Britain's Jewish Leadership Council and director of the Fair Play Campaign. He is a media commentator and founder of the Hat Tip.
Related Topics
Related Posts
Comments