The Blogs
Saurav Dutt
Apply for a Blog
Advertisement
Please note that the posts on The Blogs are contributed by third parties. The opinions, facts and any media content in them are presented solely by the authors, and neither The Times of Israel nor its partners assume any responsibility for them. Please contact us in case of abuse. In case of abuse,
Report this post. 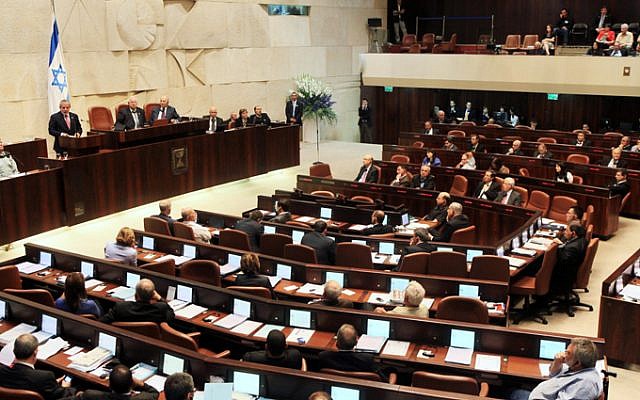 After the Israel Knesset passed the contentious ‘Basic Law: Israel as the Nation-State of the Jewish People’ legislation there was joy, disbelief, hatred, spite, and frothing rage. Now that some semblance of calm has fallen upon the matter, we need to distinguish between what the law actually says and the hysterical reaction to it.

The Nation-State Bill (NSB) says in no uncertain terms that Israel is the “national home of the Jewish people” and is part of the Basic Laws that guide Israel in a way that a formal constitution might  guide other states. It also states that the undivided city of Jerusalem is the capital of the Jewish state and that the state shall “encourage and promote” the “establishment and consolidation” of Jewish settlements. Deeper into the bill we can see that the text makes clear that the status of Hebrew is held in the highest regard, as well as that of the Sabbath, national holidays, the national anthem, and the use of Jewish symbology. Jewish immigration will continue to be a feature of the state of Israel which will aim to ensure Jews all around the world remain safe.

Most Israelis and international Jewry understand that the meat of the NSB reaffirms the obvious, it is law to them and questioning the status of national symbols and the designation of Israel as a safe haven for Jews goes without question. There is however a strong feeling that the Jewish character of Israel is being undermined and this encapsulation of a national identity and its protection is a simple case of enshrining law that meets reality. Europe and the United States protected their nations through law and constitution, resorting to force to maintain immigration controls, for instance. But Israel is a much newer nation.

All Israel is doing is defending the essential Jewish character of its homeland. Why is that so reprehensible?

For a Jewish homeland such as Israel there must always be a place that can serve as a safe haven for international Jewry. The fact remains that anti-Semitism still thrives the world over, if with a little more discretion, such as in the threads of the “Boycott, Divestment and Sanctions” movement.

The wording of the law ought to be entirely uncontroversial. In effect, it is little more than a restatement of parts of Israel’s Declaration of Independence. It puts the Jewish dimension of the State on a par with other Basic Laws, such as those guaranteeing equal human rights for all citizens, but otherwise changes very little.

Sadly, some have been carried along with the tide of misinformation. This law was never intended to damage the rights any minority of Israeli citizens. But the wild – often unhinged – language used by its opponents has turned its passage into an action that makes them feel unloved.

About the Author
Saurav Dutt is a published author, lawyer and political columnist who has written for IB Times and been featured in The Independent, Sky News, BBC and more.
Related Topics
Related Posts
Comments