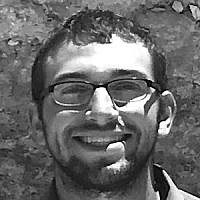 The Blogs
Marc Cohen
Apply for a Blog
Advertisement
Please note that the posts on The Blogs are contributed by third parties. The opinions, facts and any media content in them are presented solely by the authors, and neither The Times of Israel nor its partners assume any responsibility for them. Please contact us in case of abuse. In case of abuse,
Report this post.

Israel still hasn’t learned from its past operational mistakes.

While Operation Guardian of the Walls back in May was a necessary step to maintain deterrent against Hamas, Israel’s image abroad indisputably took a massive hit. Protests were held in major cities across America and Europe opposing Israeli actions against Palestinians. Anti-Semitic incidents doubled in May 2021 compared to the previous May, coinciding with the conflict. Jews were attacked in Los Angeles, New York City, and London, blamed for Israel’s perceived hostilities.

Clearly, the world cares about Israeli actions. Today’s media outlets, particularly on the Left and with more liberal leanings, are increasingly Judeocentric. Given this, for better or for worse (mainly for worse), Israel will always face enhanced international scrutiny for its actions, even if they are insignificant or minor in scale.

That said, one clear public relations disaster for Israel during the operation was the bombing of the Associated Press headquarters in Gaza. In the wake of the airstrike on the building, Israel failed to provide immediate and sufficient evidence to the Associated Press, the world, and its allies. While the IDF top brass has claimed that Hamas used the building for military activities against Israel, the headlines around the world did not mention that part. But that isn’t the point. Israel should have known that this attack would have been condemned instantly by journalists, international organizations, and even its allies. Israel should have known that an attack on a journalism headquarters would prompt cries of war crimes and failed to preempt them. One general recently addressed the strike as an “own goal” against Israel. The strike itself was bad from a public relations standpoint, but the fact that Israel neglected to present its evidence made matters worse. The failure to provide evidence to bolster its claims immediately after the strike was a clear operational failure that undoubtedly hurt Israel’s standing and opened its actions to enhanced investigation and questioning.

Nevertheless, Israel made the same mistake this week in designating six Palestinian NGOs as terror organizations. The move by Defense Minister Benny Gantz was seemingly made without the knowledge of several coalition partners and prompted backlash from members of the Meretz and Labor parties. Israel must have known that the decision to designation non-profit organizations allegedly dedicated to improving Palestinian civil society would provoke an outcry abroad and did nothing to preempt it, again. Human rights groups, the EU, and America have all criticized the move, in addition to Israeli NGOs. While Israel claims that the US was informed of the designation in advance, something the US denies, Israel needed to have proof for the rest of the world to reinforce its decision making. If Israel had made evidence readily available for its allies, the international press, and even potentially human rights groups, perhaps the backlash would be less harsh and Israeli standing abroad would not be disparaged as much. The failure to provide immediate proof to buttress the designations opens up Israeli actions to enhanced scrutiny and invites questions about the motives of the Israeli government and the legitimacy of its actions, providing fuel for Israel’s detractors.

This isn’t to say Israel needs to coordinate its actions with the international community; far from it. Israel should continue to act in its best interests and self-defense despite international political pressure. But Israel needs to be aware that some of its actions will be questioned abroad and have the evidence readily available to support its case. Israel needs to preempt enhanced scrutiny of potentially controversial actions by sharing proof with media outlets and allies. Doing so would go a long way for its relationship with its allies, its international image, and for the Jewish communities abroad who face increasing anti-Israel sentiment at home.

About the Author
Marc Cohen is currently pursuing his Master of International Affairs at Columbia University. He holds a B.A. in Economics-Political Science from Columbia University and is a veteran of the Israel Defense Forces, having served as a lone soldier in the Kfir Brigade.
Comments