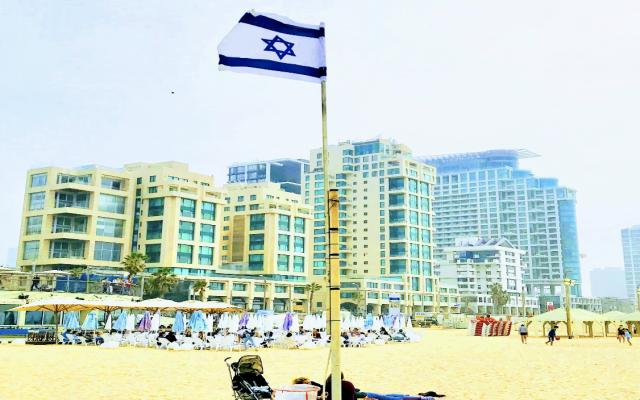 On April 15, we celebrated Yom Ha’atzmaut (Israel Independence Day), and I want to wish a very Happy 73rd Birthday to Israel!

I couldn’t be any prouder of the State of Israel. In just 73 years, with G-d’s miraculous help, we have a Jewish State that is top-ranked in the entire world:

By all (non-biased) measures, Israel has done absolutely exceptionally well in just three generations.  We owe so much to G-d and to all the Halutzim (pioneers) who came from the pogroms, persecution, and Holocaust or just to make beautiful Aliyah from all over the world — whether Ashkenazim, Mizrachim, Russian or African — to settle the land of Israel and make it flourish and into a shining light unto the nations.

Today, at Magen David Synagogue, Yehuda Fox, Israeli Defense and Armed Forces Attaché, spoke about many of the wonderful accomplishments as well as some challenges in Israel today. Most importantly, he said that we all have to come together to make Israel secure and succeed “because there won’t be a fourth chance at a Jewish State!” In our 4,000 year history as a people, we suffered long and painful exile at the hands of the Babylonian and Roman Empire, but then in 1948, we were given another miraculous chance for the Jewish State of Israel.  So far, we are doing great by all measures; now we have to make sure to keep it up for good.