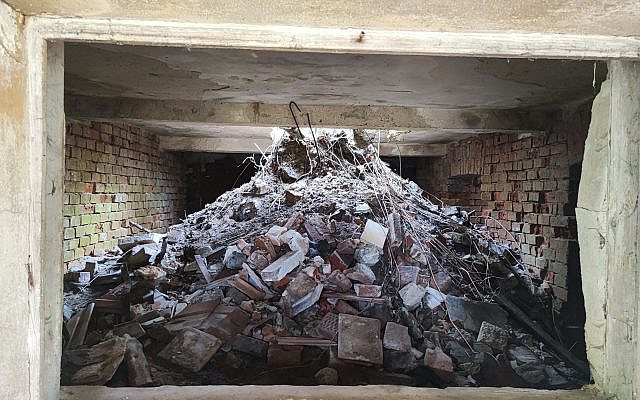 There have been cases of group delusion reported in Italy recently.

Sergei Lavrov was interviewed on the Italian TV program Zona Bianca on May 1st. When asked how Russia can claim that it is fighting to “de-Nazify” Ukraine when President Volodymyr Zelensky is himself Jewish, Mr. Lavrov said: “I could be wrong, but Hitler also had Jewish blood. [That Zelensky is Jewish] means absolutely nothing. Wise Jewish people say that the most ardent anti-Semites are usually Jews.”

Sergei Lavrov unveiled antisemitism and history denial as the very core of the Russian delusional state ideology. Those opinions were not expressed by one of the radical Kremlin propagandists, of which there are many, but by the top Russian diplomat known for mincing words. Lavrov was tirelessly explaining in diplomatic language the Putin’s ideological inconsistencies bordering on madness. He was emotionless when confronting accusations of Russian war crimes yet the Italian entertainment TV format got him to the very depth of the centuries of Russian antisemitism.

His statement is historically wrong and based on conspiracy theories, it is WII and Holocaust denial oriented, additionally it is spreading primitive antisemitic stereotypes.

In this statement, Lavrov attacked the very identity foundations of Israel and the global Jewish community. It will be hard to politically sit over the fence any longer.

On May 2nd Russia’s foreign ministry doubled down on Lavrov’s words, accusing PM Lapid of making “antihistorical” remarks about the Holocaust that “largely explain the course of the current Israeli government in supporting the neo-Nazi regime in Kyiv.”

“Unfortunately, history knows tragic examples of Jewish cooperation with the Nazis,” the Russian foreign ministry said in a statement.

This resurrection of Russian antisemitism and weaponizing it politically has always meant troubles for the Russian Jewish community. There are approximately 150,000 Jews in Russia.

On May 2nd the Italian Corriere Della Sera published an interview with Pope Francis where he voiced an opinion that the war might have been caused by “NATO barking at Russia’s gate”. There were many other troubling ideas expressed leaving an impression that the head of the Roman Catholic Church is fighting to become an altar boy with Russian Orthodox patriarch Kirill and the Kremlin.

The frivolousness of May Days in combination with the Italian sun caused the two men in their 70ties and 80ties to act recklessly. Their recklessness is redeemed by more pain, destruction, and deaths.

About the Author
I hold an MA in International Relations and Politics and an MA in Middle East Studies, both from the Jagiellonian University in Krakow. I am a PhD in the field of Political Studies, writing on the changing patterns of Holocaust and Auschwitz memory. I am a scholar of comparative genocide studies and author of a book "Auschwitz after Auschwitz". I work professionally as Jewish genealogist. I am a guide and genealogist through complicated matters and sites. My research company Polin Travel was initiated in 2000 to merge three of my passions: Jewish history, genealogy, and guiding. The last 20 years brought many explorations, genealogical finds, and emotions that proved to be transformative for me and my clients. Pursuing an academic career I don't lose sight of moving my travel activities on-line with first successful on-line guided tours, on-line genealogy, supported with customized films, and lectures. During the COVID pandemic I initiated a new visual history and historical site interpretation project SKY HERITAGE PICTURES.
Comments