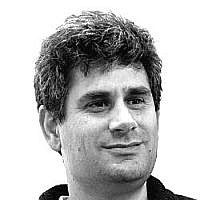 As an Israeli Zionist, I do not wish to engage in soul-searching on behalf of US Jewry. All I wish to do is claim that the time has come to articulate a new Zionist position that will grant full recognition to the half of the Jewish people that lives in North America. This conception will help not only to mend the rift between Israel and US Jewry but will create a new structure that can contribute to both centers.

Israelis must recognize that the establishment and achievements of the State of Israel are a resounding success, and that the traditional view of the negation of the exile is a failure. And thank God that this type of negation of the exile failed. Its failure has been clear for many years—it is this fortuitous failure that enables Israel to export Jewish-Israeli brawn and brains to the Diaspora, and to import Jewish brawn and brains to Israel.

The time has come to be thankful that in a rapidly globalizing world, international skills are an important asset—not just an international asset, but a national asset. Even temporary immigrants make decisive contributions to the state. Take, for example, a Diaspora Jew like Stanley Fischer. The State of Israel benefited from a governor of the Bank of Israel with international stature, who filled this role at the right time.

The years spent by the Netanyahu family in the US did not affect its Zionism. It was not one of the “fallen among the weaklings” as Prime Minister Yitzhak Rabin called Israeli emigres. Their emigration served the goal of immigration in the end. The State of Israel gained a Prime Minister whose reputation in the US is sometimes better than his reputation in Israel. Likewise, Education Minister Naftali Bennett, whose Israeliness and Zionism cannot be questioned, saw no problem with a prolonged sojourn in the US. He lost nothing, and the State of Israel gained.

They are examples of Israelis who completed their educations in the US—not through continuing education programs run by foundations for strengthening the connection between Israel and the Diaspora, but through life.

Israelis who spend a significant amount of time in North America come back not only with a better command of English and greater expertise in their fields, but also with a greater commitment to liberal values, stronger ties to Diaspora Jewry, and more esteem for their Judaism and for the way Diaspora Jews successfully negate the exile.

Israeli society takes pride in high-achieving Jews, whether they live in Israel or in the Diaspora. We are even proud of emigres who have success abroad. Nevertheless, it is difficult for us to give up the Zionist presumptions that Eretz Yisrael is the only place where Jews should live, and that exile is negative. This comes from our insecurities.

According to Brandeis, America is a nation of many nations. For America to realize its purpose as an open home for those with different national identities, it is important that Jews, too, preserve their unique national identity.

Most American Jews, and especially AIPAC, predicate their actions on this synthesis. Nobel laureate Elie Wiesel articulated this in a largely forgotten article that said, “In my view, it is self-evident that a Jew today can love both Israel and Diaspora Jews; he need not choose one camp over the other… One who sets Israel in opposition to the Diaspora, or the Diaspora in opposition to Israel, will ultimately demolish both.”

The synthesis of Brandeis and Wiesel is alive and well in the US. The time has come to articulate a corresponding synthesis in Israel, based on the same premise—that the nation can and must develop on local, Israeli foundations as well as on an international foundation.

The two Jewish centers must fully recognize one another. Just as American Jews become more loyal to their Americanness when they are also Zionist, so too, Israelis must espouse the notion that they can be more Jewish and more Zionist if they grant full recognition to American Judaism.

Full recognition of American Judaism means a return to full identification with the entire Jewish people, not as it imagined but as it is. The next step is to celebrate the diverse ways in which the Jewish people are developing and flourishing. However, even if we do not identify with the liberal American Jewish majority, we have much to learn from its moral emphasis on a humanist Judaism, its effort to attract more Jews to Judaism voluntarily, from its enlistment on behalf of international human rights causes, Jewish causes, and the State of Israel.

We have much to learn from the Jewish intellectuals who lead American neo-conservatism, who combine liberal excellence with conservatism. There is even what to learn from the openness and high-achievement of Modern Orthodoxy, and from the sustaining of a network of yeshivot without government support and the integration into the workplace of American Haredim.

The next stage is to learn how to host invited guests. If the call by many Israeli leaders for American Jews to move to Israel—as Deputy Minister Hotovely declared—is sincere, then it is necessary to create a welcoming environment. Immigrant absorption means creating a space in Israel where liberal Jews can feel comfortable. If we believe in this, and more—that the State of Israel is really the Jewish State and not just a state for Israelis—then the Kotel compromise must be adopted once again, the issue of conversion must be considered, equal status must be granted to the liberal streams, and more.

Even in the case of piercing and occasionally vitriolic criticism of Israel, we need to differentiate between someone who criticizes Israel and one who negates it. It is easy to break off contact and retaliate, but even if this approach is justified, it is unwise. We must create a barrier between the two—engaging in dialogue and trying to persuade our critics, while isolating those who negate us. One who criticizes us and declares himself a supporter of Israel should be pushed away by the left hand but brought closer by the right.

In moments of weakness, it is difficult for us to open our hearts and act sympathetically and generously. The ability to develop an open, inclusive, ungrudging approach does not constitute a relinquishment of the belief in the justice of Zionism; rather, it is another sign of our self-confidence as Israelis and another wonderful example of Zionism’s success.